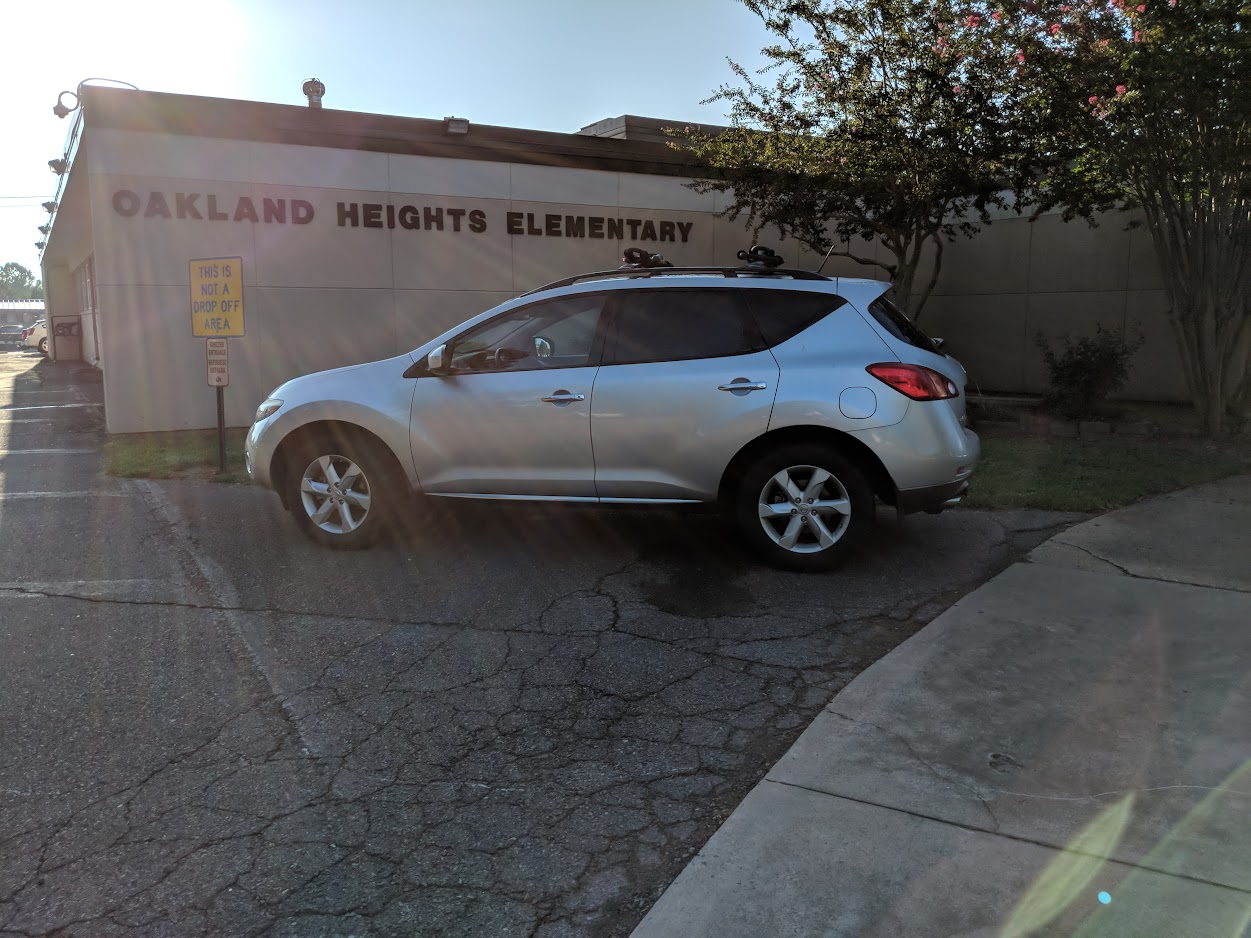 I parked in my usual space at Oakland this morning. Unthreatened by unwarranted police force, I couldn’t resist the temptation. I had too many people and too much logic and too much of the law on my side. I had just walked into the office after doing some work when Erica said Sheri was on the phone with him. I didn’t find out until later that he had pulled up behind me and was calling from just outside the building, but Sheri told him to leave me alone because she needed more help dealing with actual real life dangers like speeding and cell phone usage down the street in front of the school. Justice is.. well.. I didn’t go to jail. So, whatever, Beyette.

Zach and I went to Morelos to get some fajitas for lunch. I was super hungry and made a happy plate. Then I spent all afternoon mostly catching up with people at the junior high. I told Kevin about my victory in the morning, and he pulled me into his office to ask what time my confrontation happened the day before. He already had the cameras pulled up for that campus and day, and wanted to see the guy’s stupid face when he tried to intimidate me. It went downhill from “not a fan” pretty fast.

When it was time to leave, I took Eaddie to my parents’ house for some mango soup. I told her it was one of my favorite soups that Mom makes, and she said I say that every time. I asked if I had ever lead her astray, and she sheepishly shook her head and grinned.

Summer went to the football game to see Autumn perform at halftime, and Eaddie and I went back to my house to pick up some things for tomorrow before heading back to their house. This week has gone by fast, and I’m ready to have some time at home. Those cats just can’t keep the place tidy. I don’t know what their deal is.

It’s pretty bad when your own brothers in blue don’t have your back.