I woke up this morning with just barely enough time to get showered and out the door to meet Clint for breakfast in Fort Smith. I was running a bit behind by the time I got on the interstate, and was admittedly driving way too fast. I almost made it all the way there, but was pulled over by the very first state trooper I saw, camped right before my exit. I exited and pulled over in a parking lot, and it was a female officer that approached me. She introduced herself, and asked for my papers. I mentioned that I had a concealed carry license, but did not have a weapon on me. She, like many others, asked why and told me I should get one. I told her the brief story of how I had only gotten the license with my dad and sister as a family affair, and then she left to run my papers. She came back with a warning for my 15-over the limit. I was shocked but grateful. She was all smiles throughout the interaction. Even pretty cute. I rate this a 10/10 – Would get pulled over again.

I made it to Clint and Johnny’s, and nobody was awake. I called Clint and got him to at least meet me outside when he was ready to go eat. He, Landon, and I went to Furr’s Fresh Buffet, which is always excellent. I love their variety, and the food is always super fresh. I guess it has to be when it’s a part of their name.

After breakfast, we went to Cashfish to clean up some old junk that was left in the building. He never asked for help, but I still left wondering how I ended up in that situation on my weekend. From there, he had some other errands to run, so I went to visit Jesica and ran in to her father and Skye as they were taking a truckload of things to her apartment. It was super humid outside, so I broke a major sweat trying to piece together an annoyingly and unnecessarily heavy particle board dining table for her, and then left.

While sitting in the parking lot mapping out my next adventure, Jae pulled up and knocked on my window. We chatted for just a bit, but then I had to leave to meet Clint at Walmart to pick up Johnny to go to Jack and Nichole’s. Clint couldn’t decipher the map, though, and ended up going to the wrong place. Rather than have me backtrack, he came to me, and then Johnny and I continued our quest. When we got to Jack and Nichole’s, I asked Johnny if they knew we were coming, to which he responded that he thought I had made plans. Surprise! Jack came down to let us in, and we hung out there for a while. I finally got to see his projector setup, which was awesome, and Penny was pretty fun for a baby. I also got to pick up Jack’s unused motorcycle communication set, so I can put it to use again. 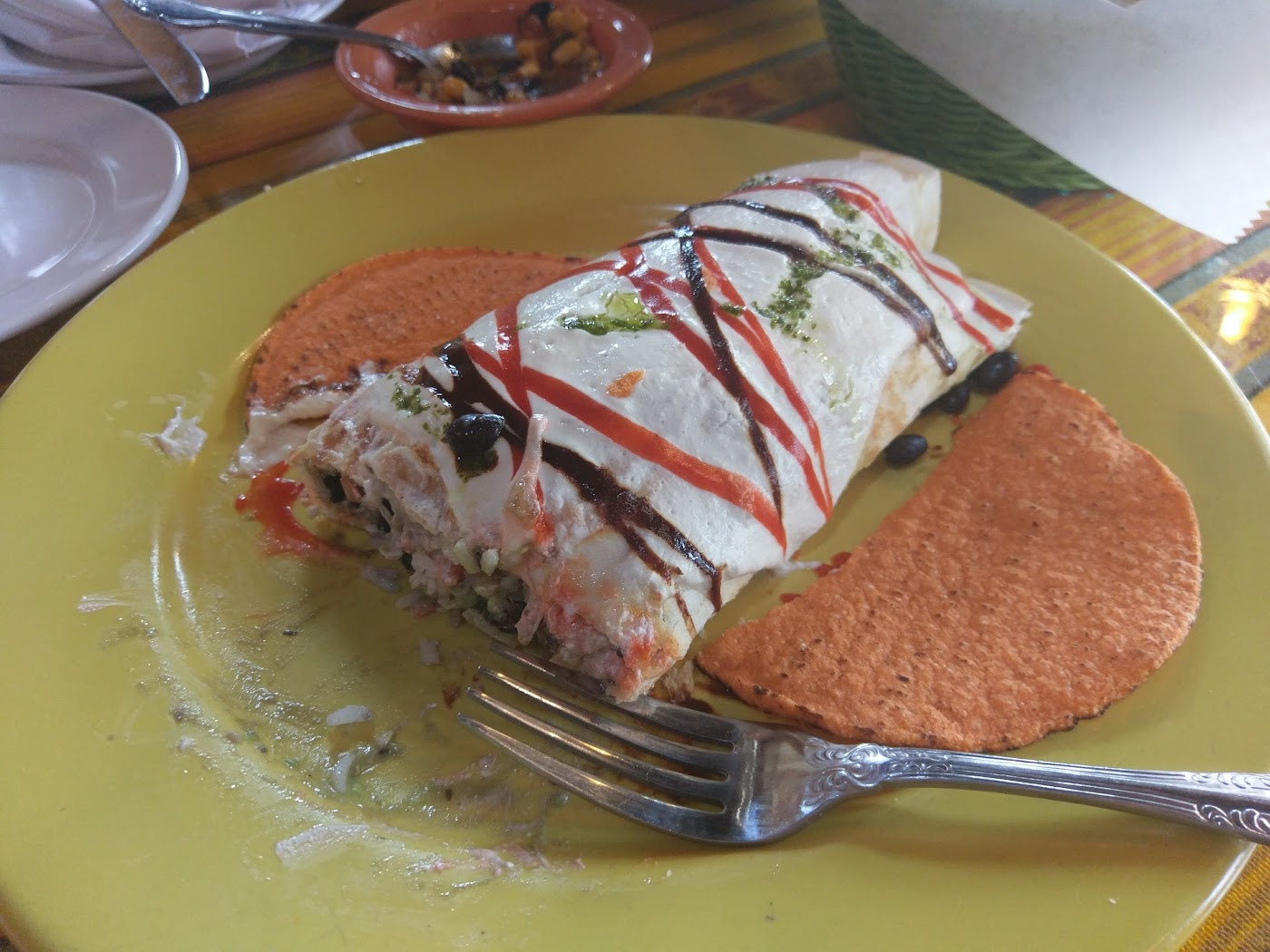 When Johnny and I left there, we went to Rolando’s Restaurante for dinner, and I had an awesome burrito. It was really tasty, but the presentation was probably the most impressive part. It’s not often I eat somewhere that any care has been placed into plating the food. The salsa was more of a mix of corn and beans, and was a little bland, but nice that it was different.

After we ate, I dropped Johnny back off at home, and I went to watch Wonder Woman at the Carmike. I couldn’t get anyone to go with me, so I just went alone. I really enjoyed the movie, though I really wish I had gone early enough to catch it in 3D. I’m going to have to revert to my 2010 self and just start doing things alone, because it’s the only way I can reliably get anything done. It’s lonely, but it beats sitting around at home like every other weekend.

That drive home from the Fort is just brutal, though.