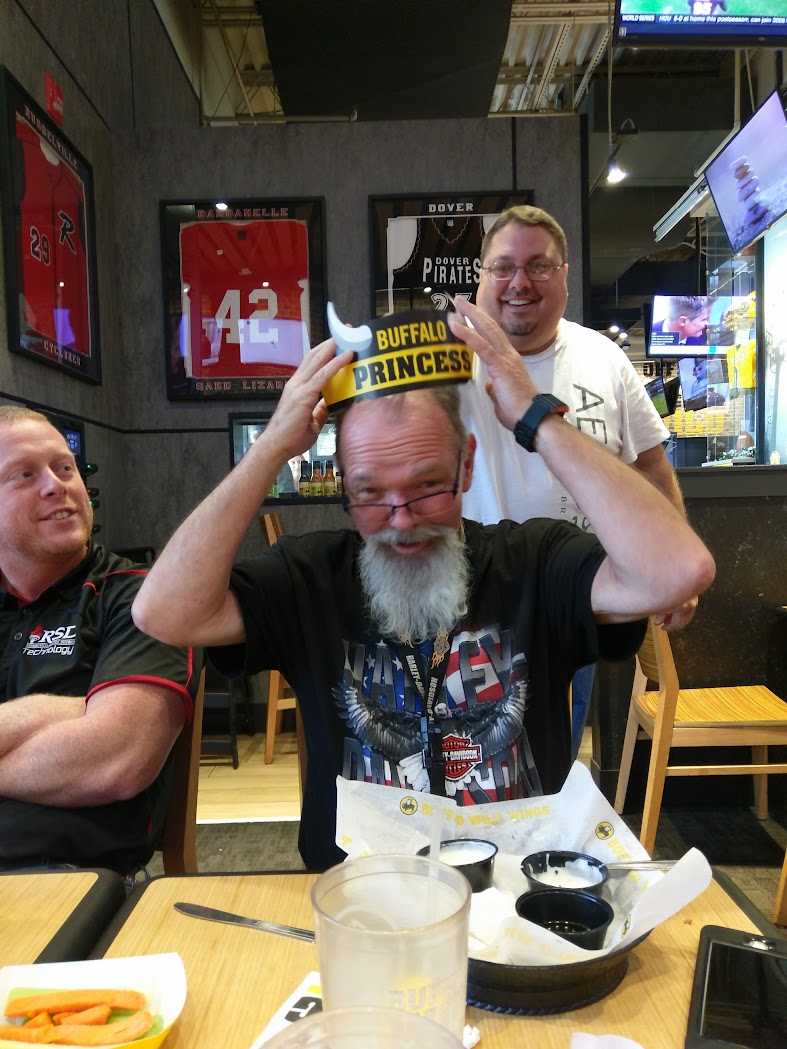 It’s another week down, and we ran into some great luck this morning with a cable run that happened to have already been completed by a contractor some years earlier. It’s mind boggling to periscope into the ceiling only to find a huge bundle of wire that’s already been run, yet not documented.

Lunch was at Buffalo Wild Wings, where nobody seems to understand how the Fast Break Lunch menu is supposed to work. We all ended up getting the same “military” discount, presumably because our waitress thought she owed us free lunch, but someone else told her she didn’t. I guess it’s a difficult policy to fully understand. Otherwise, the service and food were both well above average this time.

After work, I tried to grind up the ladder in Overwatch, but just bounced around in my current level all night. I ended things with a particularly toxic player well below my rank. Not even sure if he was joking. People are silly.

I felt agitated enough that I pulled the trigger on some new bedding, because I deserve luxurious sheets after all these years.

Who can ignore a Gold Box Deal, anyhow?