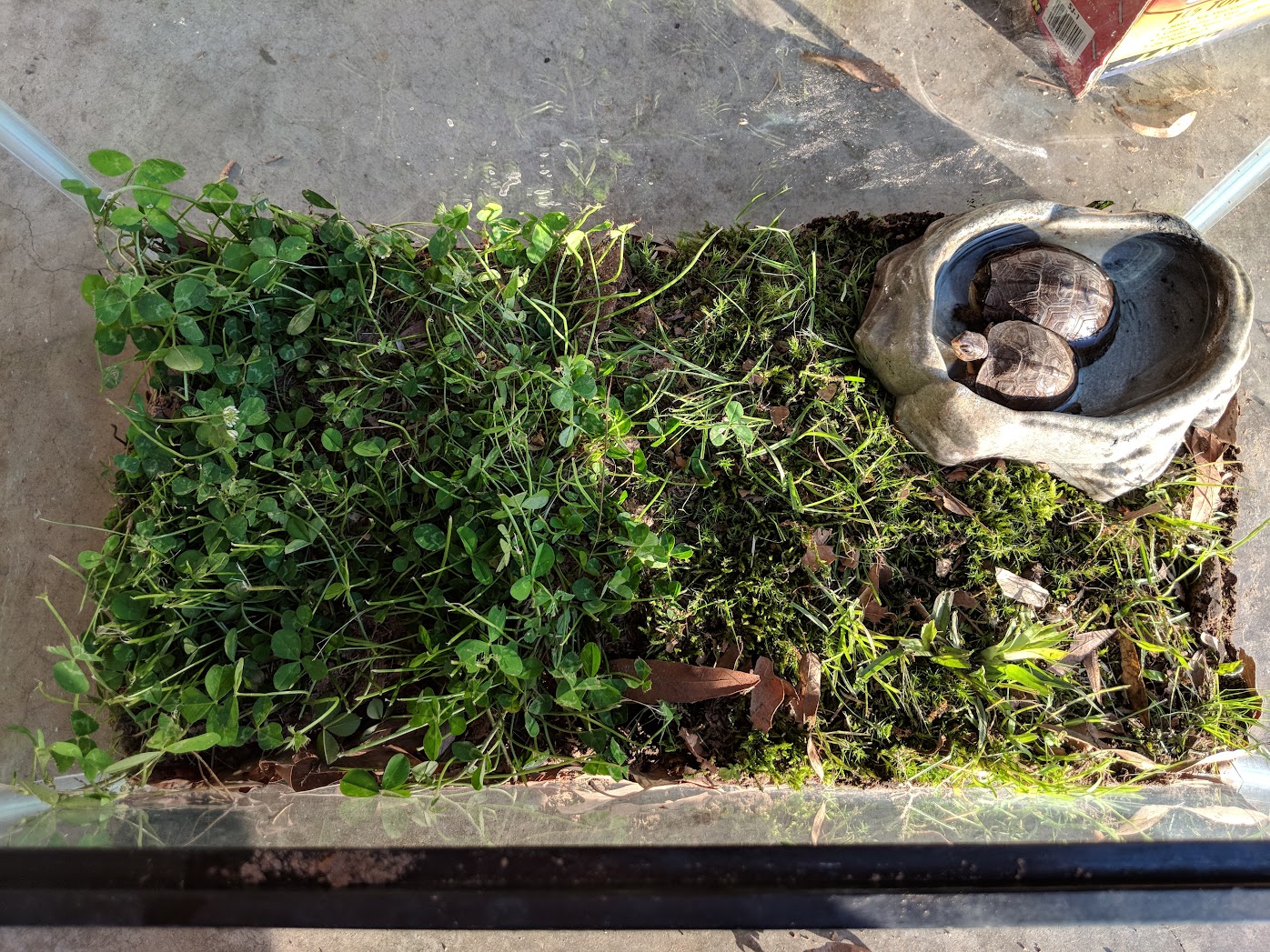 This morning was super slow. I didn’t do much of anything until lunch with Heather at Smackin’ Wings & Things. I got 20 modest sized wings for $16.88. Only a quarter of those were drumettes, which wasn’t a big problem for me, but it was an interesting observation. I don’t think I’ll get wings there again, but their Fry-day menu looks interesting.

The afternoon was mostly more of the same nothingness aside from investigating a smashed computer monitor. When I got home, I got to work right away setting up the turtle terrarium. I started with a base of charcoal from the fire, then covered that with leaves to make it a bit more even before topping it with a thin layer of dirt with moss and clover that I scraped up from the back yard. I hope it grows, but I’m not super hopeful. I’ll probably end up releasing the turtles eventually, but this will be fun for at least a little bit.

I also got the canister filter running on the 55-gallon tank and added some duckweed. A lot of it is churning through the water and passing through the filter, but hopefully it finds a place to settle on the surface and actually start growing. Once I feel better about the water quality, I’ll start dropping tadpoles in.