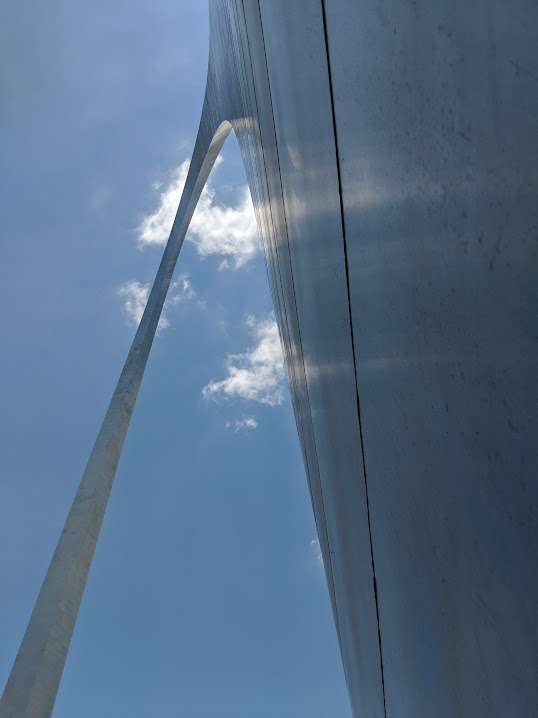 Even I slept in too late today. Everyone has been more and more tired every day, so we decided to try and cut the trip a day short. It’s our last day here, so we decided to spend it all at Fair St. Louis by the Gateway Arch.

We got there around 1:30 in the afternoon and made the walk to the arch. I made a big enough deal out of nobody touching the bean in Chicago that we all went up and leaned on the arch for a while. It was really hot out, but even with a relatively good amount of shade from the sun, we decided it best to spend most of the afternoon in the underground museum and visitor center. We ended up taking the tram to the top of the arch and spent a bit of time looking down over the city. They cart people up and down regularly, and you can just leave whenever you want, which I thought was interesting. It was super crowded, and the windows were way smaller than I expected. 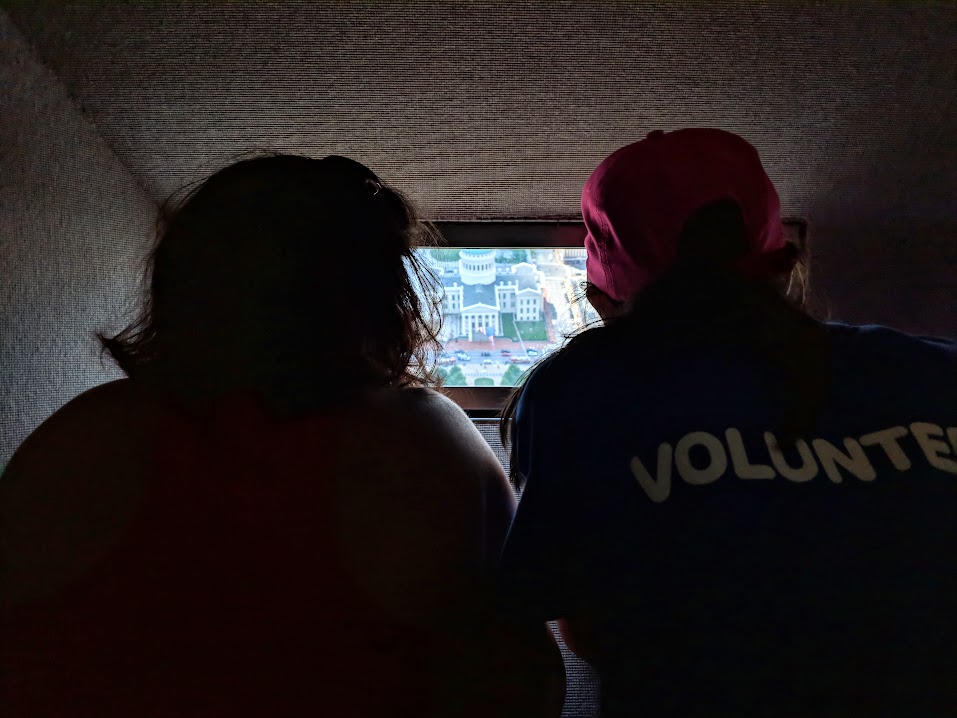 After some pretty decent burgers in the underground restaurant and killing a couple extra hours in the museum, we went back up to the lawn to pick a place to watch the air show and fireworks. Summer and Eaddie went back to the car to pick up some snacks we brought, but ultimately had to give them away to someone outside the gates because they didn’t allow outside food to be brought in.

The air show was pretty good, and I was surprised to hear that one of the powered paragliders I follow on YouTube was actually a part of the act. After that, the St. Louis Symphony Orchestra got Summer all riled up, and then the fireworks filled all the viewing space under the arch, which was pretty neat to experience. But I think the most impressive part of the evening was how quickly we got back out of the city after the show. There were so many people, and we just hopped on the freeway and made it back to the hotel without too much trouble.

Seriously, why the hell wasn’t it a McDonald’s under the arch?