Summer took Autumn to her quiz bowl tournament this morning, then came back and slept in a while. We rolled out of bed once Eaddie got up, and I took a shower so we could go to Wind Taste for lunch. Eaddie had been begging to eat there and insisted that I took her to eat there as I met a friend, but I was certain she was remembering when we met Clint at Linh Vietnamese Cuisine. The place was packed with Asians from Tech, and it seemed to really annoy one of the waitresses that they were just hanging out. As luck would have it, she and her poor attitude waited on us as well.

After lunch, we ran by Summer’s parents’ place to get Eaddie’s phone, then went to their house so Eaddie could get cleaned up to spend the night with her father. Summer and I watched an episode of Battlestar until it was time to get Autumn from the high school. Then I went home to get ready for my night out with the girls from school while Summer took Autumn to stay with her grandparents and then went to the gym. 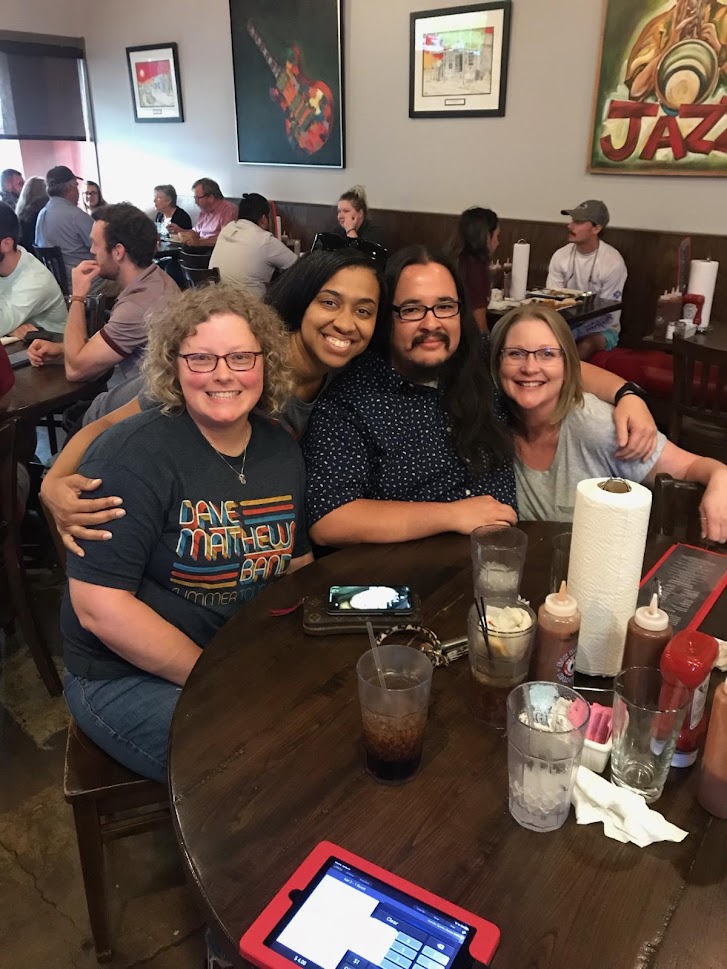 I met Mollie and Erica first, and then found Ronda coming around the corner as I ran back to the car for my hot spot. It wasn’t terribly busy, so we got settled right into the middle of the restaurant. We had a great time just chatting and fussing over work. Steven strolled in a bit later, but Ronda made him sit at the bar where he hilariously spent the evening with a big town drunk.

After we all left, I went home and was going to clean up a bit but found myself with a pretty bad headache, so I laid down in bed instead and almost dozed off into a really light nap with the cat. When Noah finished up at work, I picked him up and we went to Summer’s for the evening. We watched a couple more episodes of Battlestar, then went to bed.