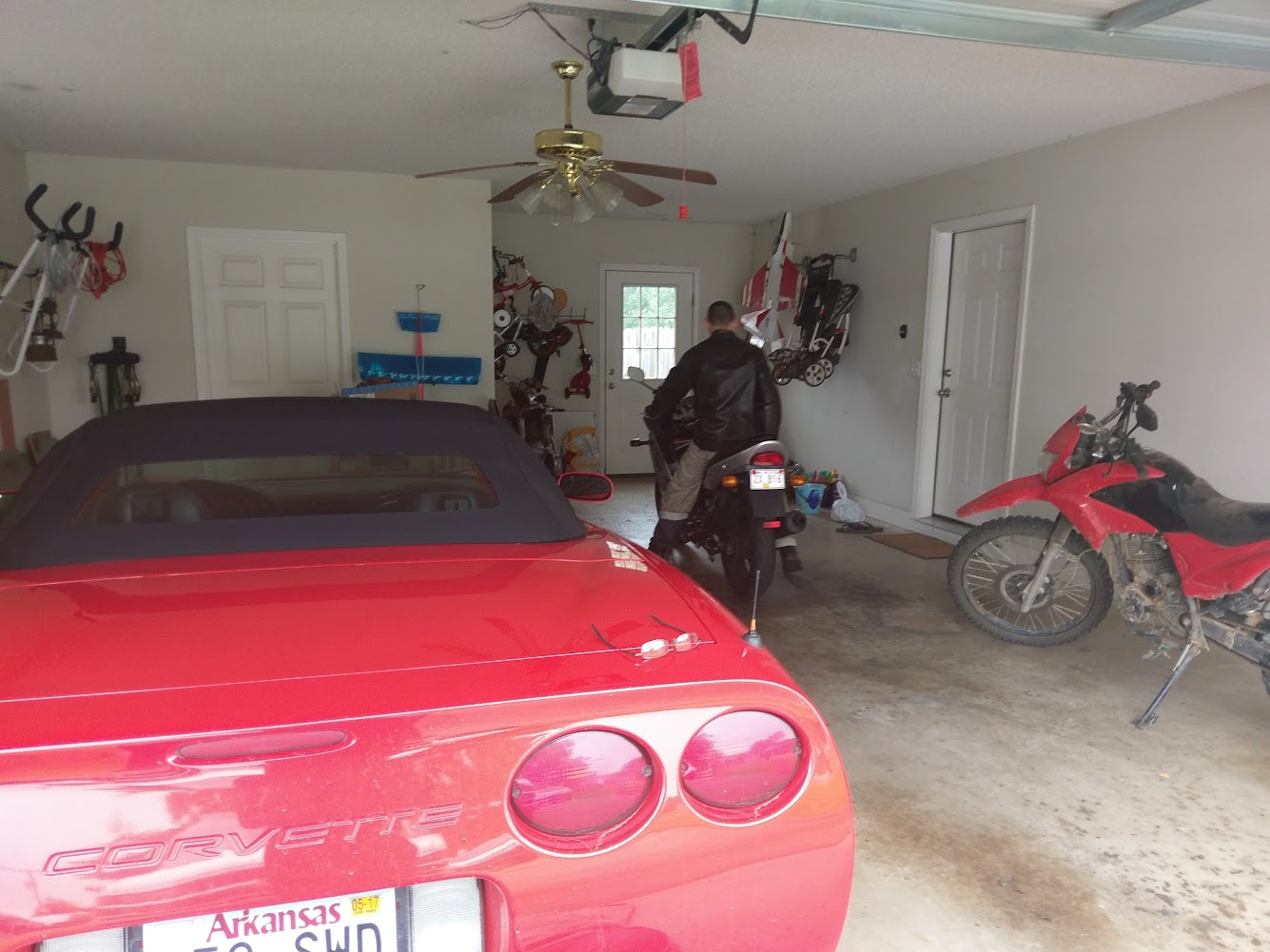 I have been talking to Michael, one of the teachers I work with, about riding recently. He has a couple dirt bikes that he likes to take out into the forests, as well as a street bike he wanted to take out today. We met at his house where I got to see all of his cool toys first hand. Corvette, dirt bikes, street bike, R/C planes… It’s like he’s as scattered with his hobbies as I am.

We took off for a ride down Highway 7 when his bike died on him. It ended up being out of gas, but I wouldn’t have guessed that to be the problem since we could still see gas in the bottom of his tank. He ended up walking the highway to four different houses to try and find a sip of gas. The irony was that we were only about three miles from a gas station where we intended to stop. 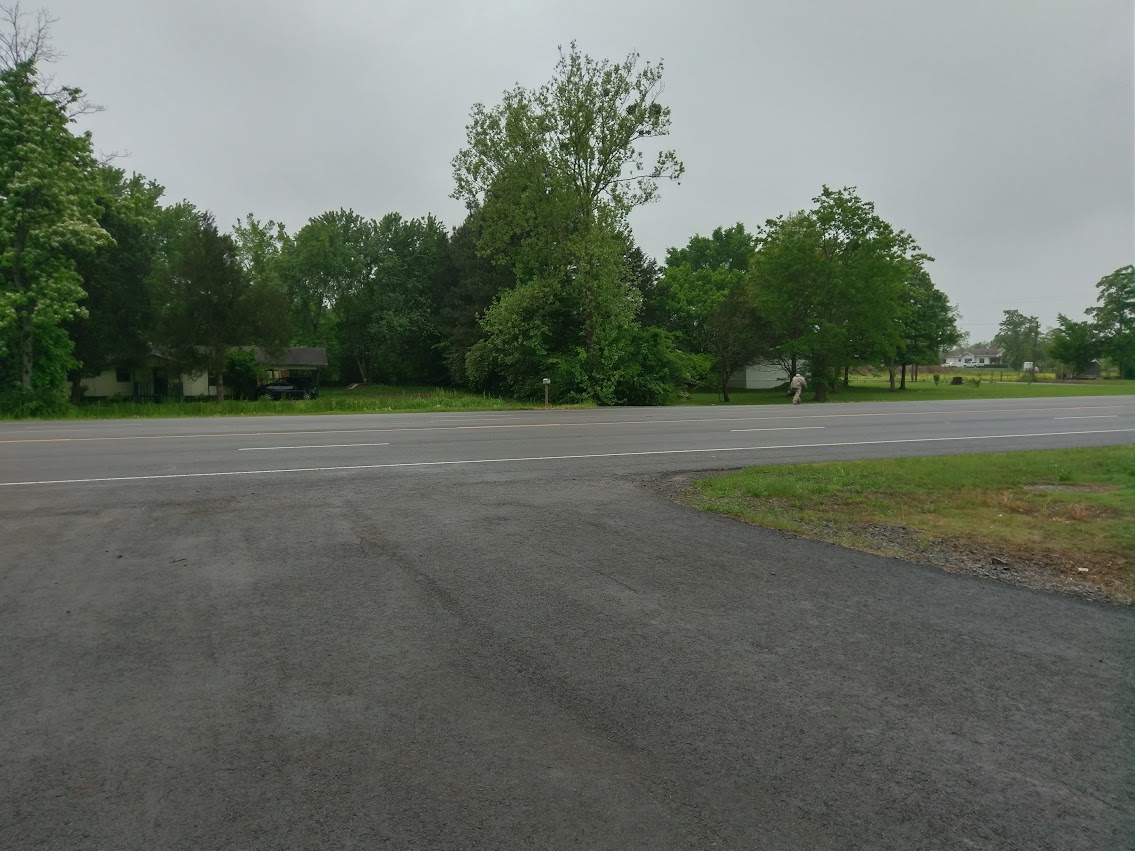 Unfortunately, the ride didn’t get any better. It had started to sprinkle on my way to his house. It looked like it was clearing up as we left, but the further we rode, the wetter it got. Lacking traction and warmth, we stopped by the side of the road just before Fourche Junction and decided to turn back. The rain had stopped by the time I got home, but that didn’t help the fact that I had to pour the water out of my shoes.

I spent the rest of the day updating this site with a new page for Moovie Night. I think I’m finally happy with how it looks enough to redirect the old domain from movie.cow.wtf. I can spend hours doing that, but the hardest part is finding a day that I’m not too tired and that people will actually show up. At least I can count on Jesica and Will.