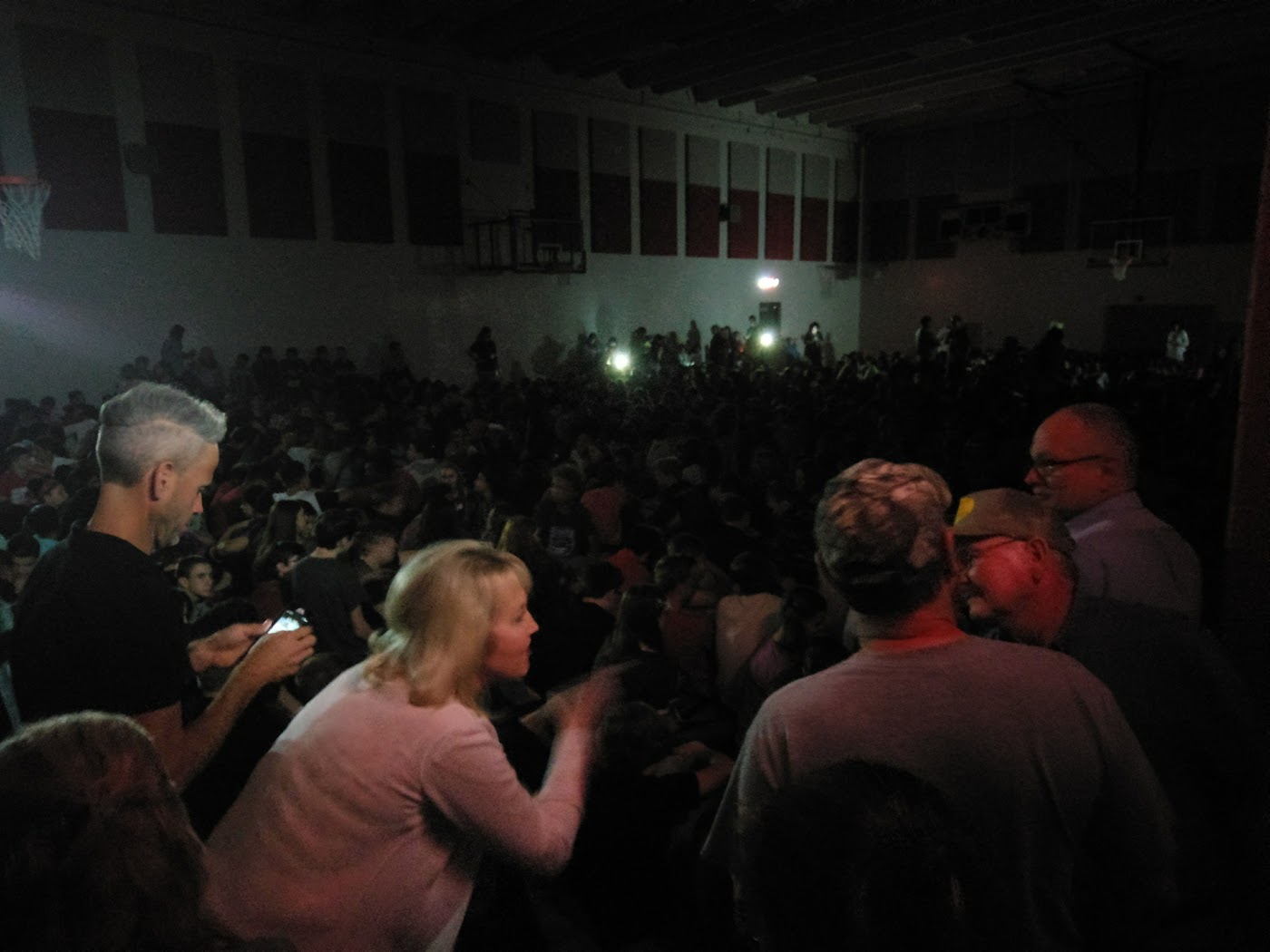 Today was eventful. Not long into the morning, we had a tornado warning and rushed everyone to the saferoom. After everyone got settled in, the power went out, and I thought it would be great to get a chant going. My March of the Winkies from The Wizard of Oz didn’t catch on, but someone started a stomp-stomp-clap that got shut down really quickly by the usual buzzkills.

This lasted until lunch, which was when I found that most of the city was without power. Fortunately, my neighborhood wasn’t hit too badly, but several trees and power/utility lines were down around town, including several traffic lights.

After work, Jesica and I went to Stoby’s for dinner, where Kristie the waitress got to choose my meal for the second time. The first was the ultimate double bacon cheeseburger, but this time I convinced her to go off-menu with me, and I got a Philly cheesesteak quesadilla that was great. I love when I get a server that has fun with it, and I usually get to try new things this way.

After dinner, we went back to Jesica’s apartment and watched The Spiderwick Chronicles, which has been on my movie list for a long time. It was nice to finally get to check that one off. I enjoyed it. We were meant to get cream slushes from Sonic, but we had both forgotten by the time I went home, so I guess that will be an adventure for another day.

This one is different ’cause he’s lonely.