Have you ever had a day that simply overwhelmed you with unexpected events?

As the morning started out, I was surprised by the apparent lack of trouble after such a big storm yesterday. It was nice not to have to run all over the place right out of the gate, but I really expected to be needed at least a little bit!

I went by Hardee’s for lunch by myself, since Dale and Ryan went to Popeye’s again. I wanted to try out their Baby Back Rib Thickburger. When it finally arrived after an extended wait, the burger patty seemed about half the size it should have been. They offered to just give me another patty, but it took them long enough to make it that I had to make a third trip to the counter just to get it. I’ve never had just stellar service at the Hardee’s on this side of town, but it’s just so damned close.

To illustrate the difference in the quarter-pound patty I was mistakenly given and the third-pound patty I paid for, I present to you, Exhibit A.

Notice the generous half inch or more that the new patty extends past the original one they served me. I ate it as shown in spite of my better judgment. I knew it wasn’t going to be a light lunch at Hardee’s, but I didn’t expect another quarter pound of meat. 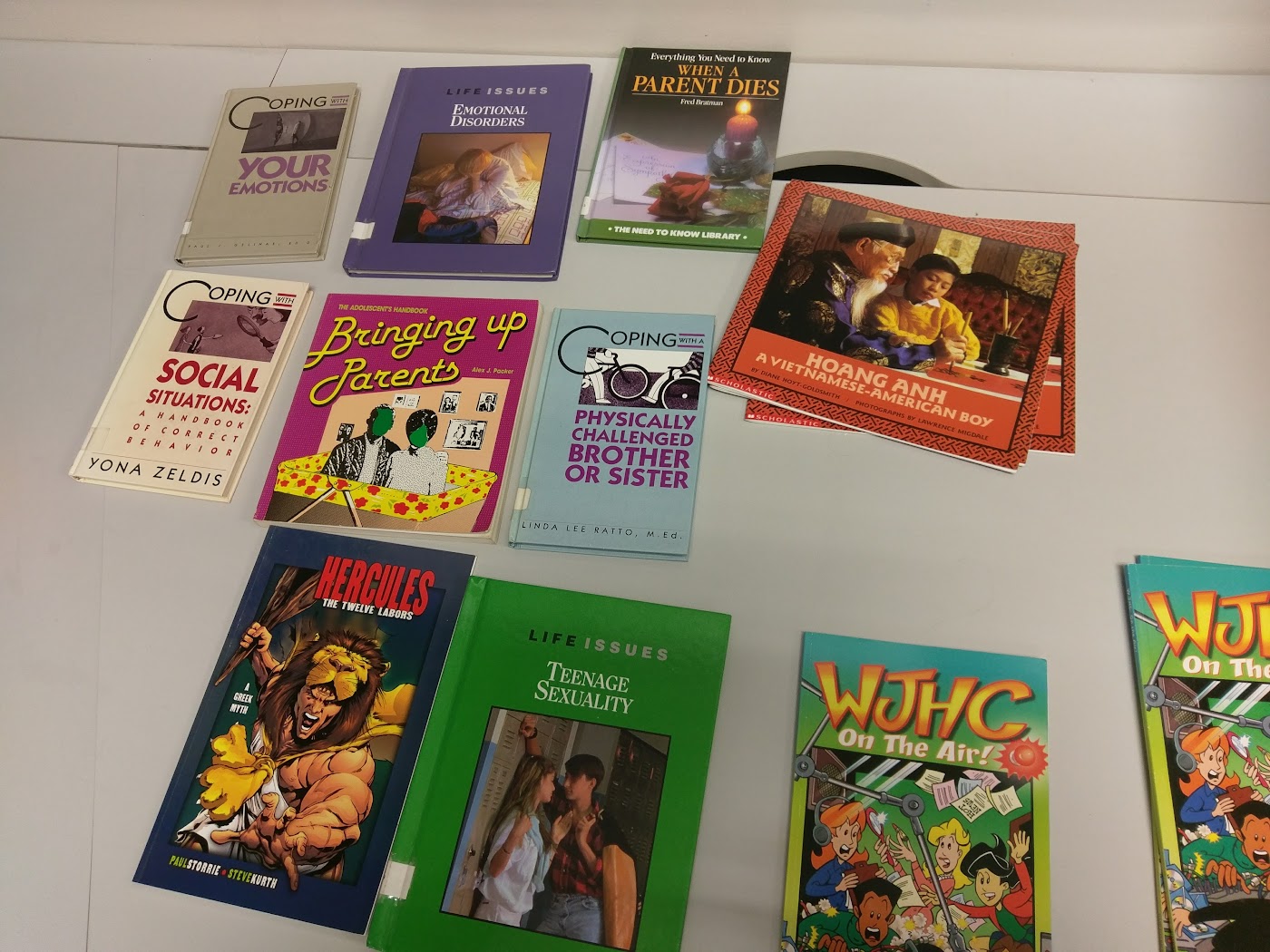 The afternoon was spent taking inventory on computers in preparation for replacing the teacher computers from 2009. At one point, I stumbled upon a student-help collection of books, including topics such as the death of a parent, having a physically disabled sibling, understanding sex, and being Vietnamese!

After work, I came home to a baby bird sitting on my front porch. I immediately envisioned nursing it back to health and having a pet wild bird, but I spotted the nest under my covered porch and decided instead to return it. I grabbed a ladder from next door and carefully peered over the edge of the nest only to find it completely empty, but still somehow chirpy! After chirping at it myself and getting a response back, I discovered two more baby birds in my garden below! One of them was in the garden, surrounded by ants. The other was in the grass of my yard. With a total of three baby birds, I fashioned a shelf below the nest, and returned them to their rightful home. 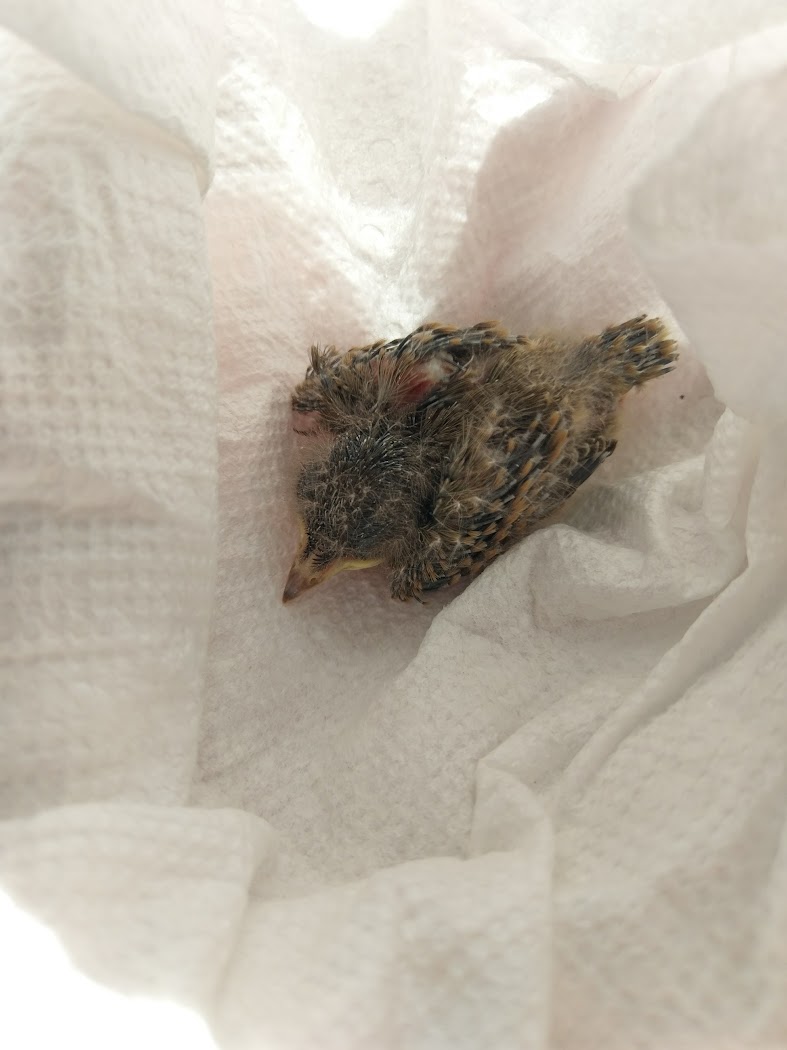 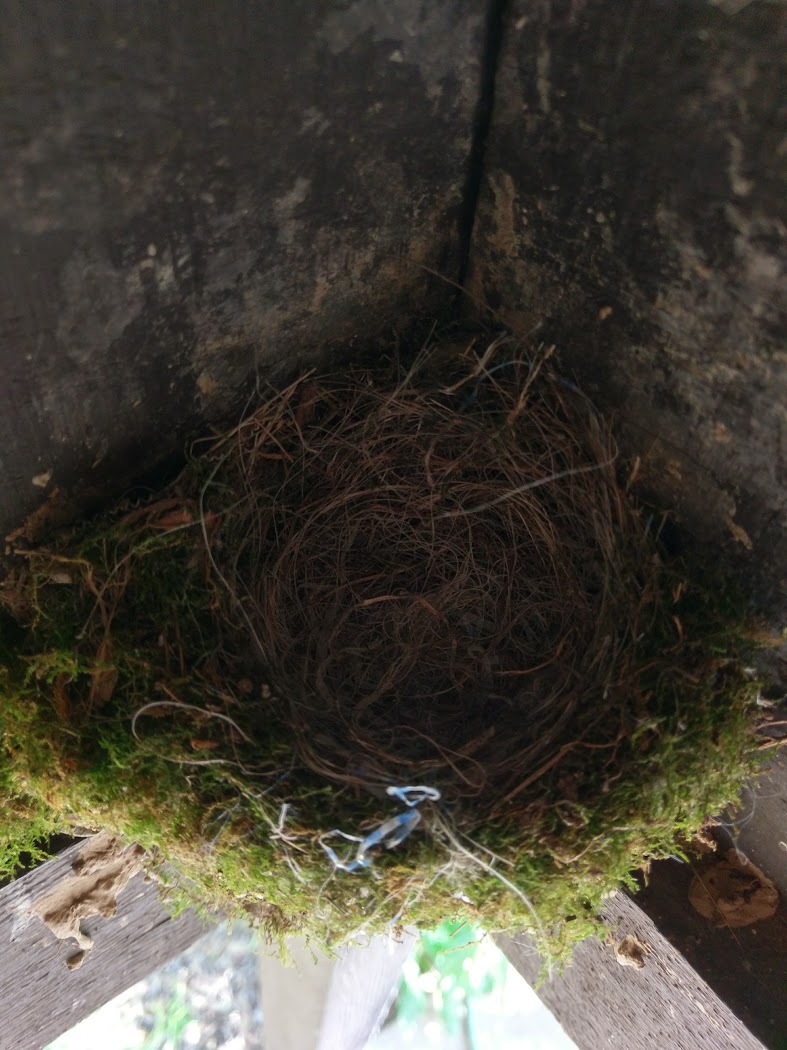 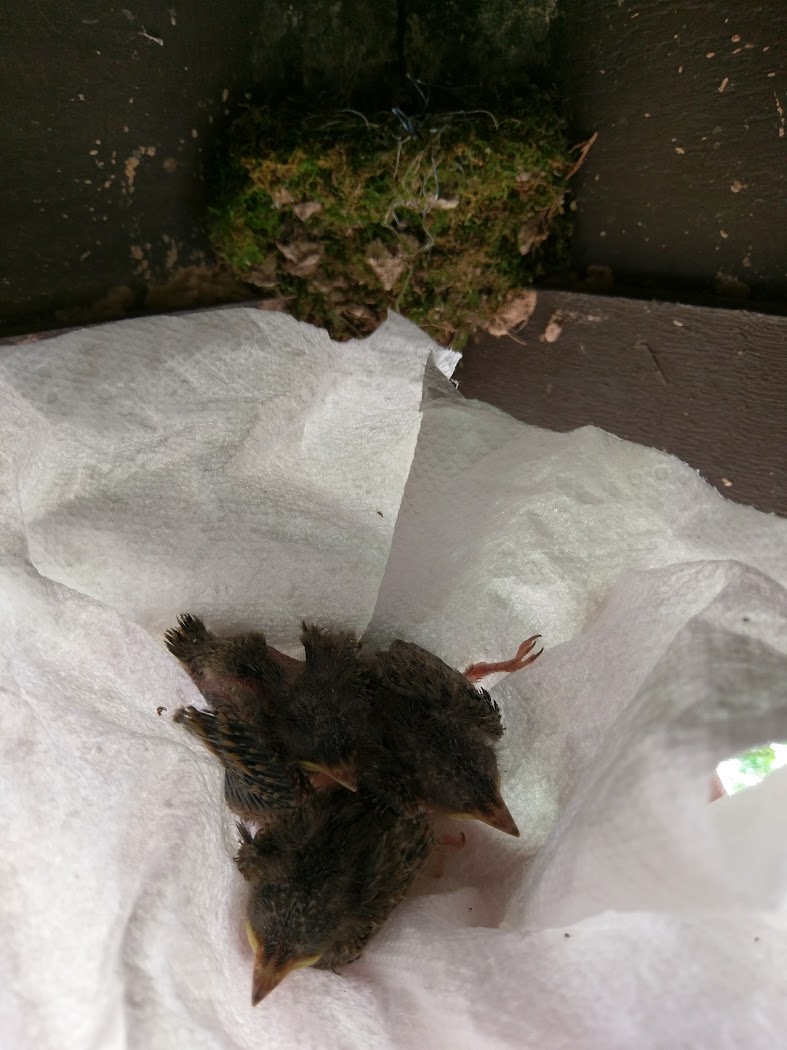 Around 8 o’clock, I had plans to meet Jae for a drink and to catch up. I met him at Buffalo Wild Wings where we regaled each other with the goings-on of our lives. At some point he recognized a girl seated behind me, and asked our waitress for her name. It was none other than Kelli Henderson, a lovely girl I graduated with, and who even featured on my old website! I had seen Kelli around town a few times before, but neither of us ever stopped to say, “hello,” which is a great shame. After high school, that whole group of friends just kind of fell apart, and some of them even scoffed at me in passing, so I just left it at that. I wasn’t a popular child, and I always fancied Nikki Holbrook was the only one that felt sorry enough for me to actually invite me around. I see Sarah Hindsman on occasion, and she usually at least smiles in my direction, but has never said more than about half a dozen words to me. Not one of the others from that group ever acknowledges me. I actually see one of Sarah’s daughters in the halls of the junior high just about every day, but Sarah and I only ever see each other in passing. To have Kelli come over to our table was such an exciting moment, and what a coincidence that we should finally talk to one another again after all these years at the same moment I’ve resurrected a website from the same time period 17 years ago! The three of us chatted away for hours until she had to leave and left Jae and me to ourselves.

When I got home, I checked for an Amazon Prime package that was scheduled but didn’t arrive. More importantly, though, I took a peek into the nest and found that Mamma had made her way back to her chicks. The family’s back together, and it looks like everything’s coming up roses.