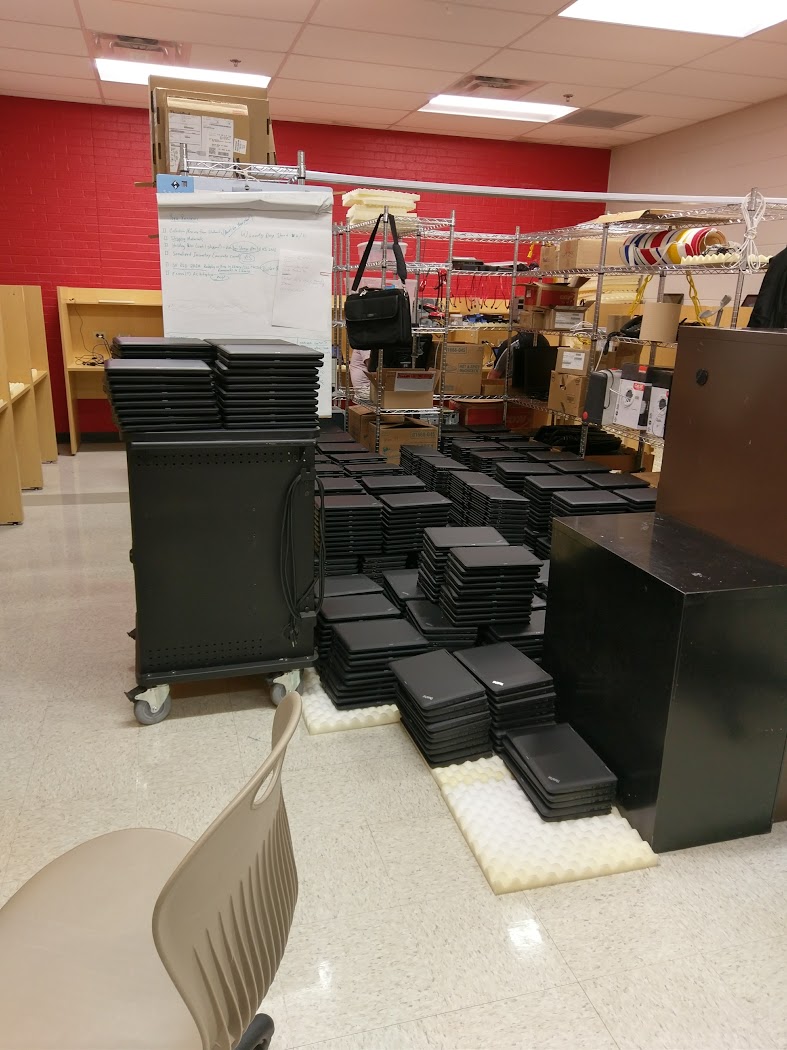 We finally finished unboxing all of the 1:1 laptops today. We won’t have to do that again for three years. Who even knows where I’ll be by then?

We stopped by 10 Box Plus on the way to our potluck lunch so Allen and I could get our contributions. I picked up some deviled egg potato salad that was awesome, as well as an Orange Crush cake that was also delicious. Ben smoked some pork shoulder for BBQ sandwiches, and everything was really great.

After work, I came home to a freshly delivered case of Soylent Cacao and some Dove chocolates that came in an insulated box with icepacks from Amazon. I was really impressed.

From there, I fed the duck and tried to spend some time with it. I’m torn on whether to build a pen for it in the garden, or just keep it inside until I’m able to get it to a pond. It’d be neat to have a duck around, but these things like to migrate away. It doesn’t really like me at all anyway. I guess what’s good for the duck is good for me. I really wanted to crochet a harness for it though.

I tried to play a round of Battlegrounds, but Johnny rage quit less than five minutes into the first round. After that it was cancerous teams on Overwatch until I earned all of my bonus loot boxes.