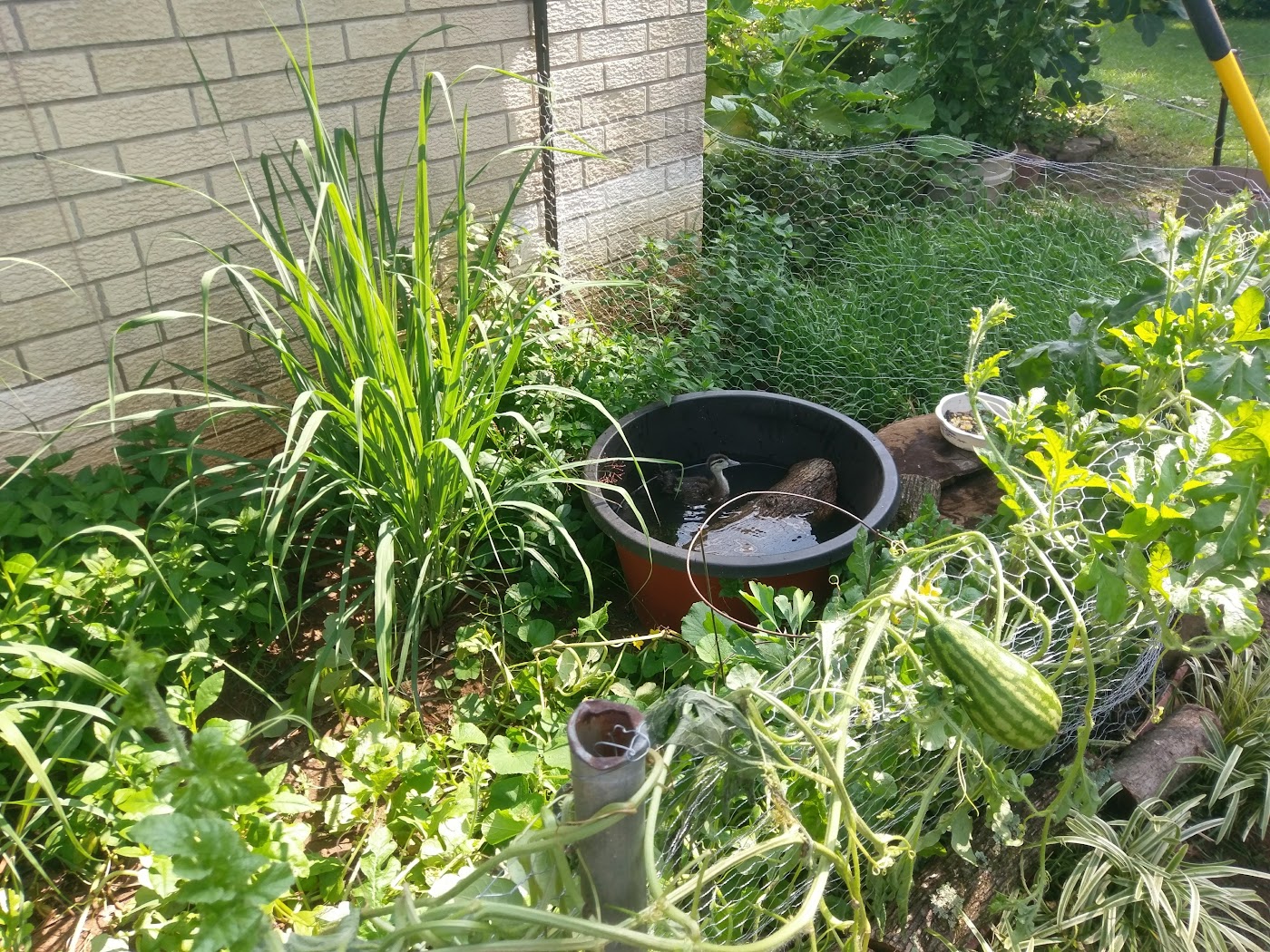 I got up this morning and let the duck go to its new home in the garden. It had eaten a little bit this morning, but not nearly as much as usual. At least all of the corn was gone. I’ll need to go get a bag of frozen corn or something to throw out there later. I couldn’t tell that it did much other than hide all day, but it was hot outside, and it just stayed in the shade of the plants.

Josh came over for some help with a laptop, and I unloaded a desktop onto him. He wanted wireless for it, so we stopped by the office to get a scrap NIC for him, and then my parents and sister wanted to go out to eat. Julie picked me up, and we met Mom and Dad at Sumo. The service was awful, but the food was fair. I’d had much better from there before. At one point while taking our orders, the waitress’s phone started ringing and she actually pulled it out to check it. What’s worse is that she didn’t even bother to reject the call or silence the ringer, so it kept playing the Super Mario Bros. theme song awkwardly as she moved on to the next family’s order.

Once home, I did a couple loads of laundry while watching How I Met Your Mother, then finished the night with some Battlegrounds with Johnny and Jack.

All of humanity’s problems stem from man’s inability to sit quietly in a room alone.