Today was a bit of a mixed bag. We were all up super late last night, particularly for them. I woke up earlier than I wanted to because apparently the trailer absorbs all visible light. We had pancakes for breakfast before eventually getting out into town. We first went to the McGregor Park Riverwalk, where the Queen of the Mississippi happened to be docked. It wasn’t open for tours or anything, since it’s actually a riverboat cruise ship, so we ended up leaving that park relatively quickly. 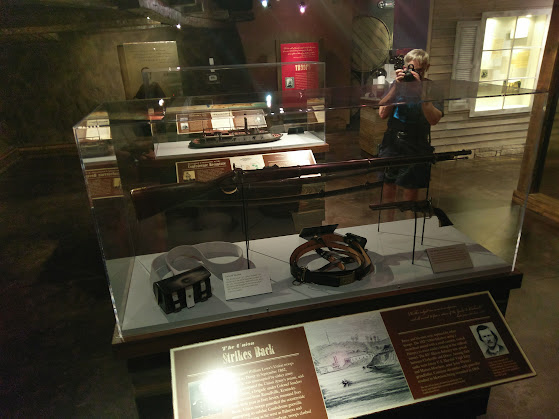 The next few stops were a couple of thrift stores without anything of significance, but then we went to Fort Defiance. They had an American Civil War museum/walkthrough that had a couple pretty neat models and dioramas. Outside, they had a couple cannons set up along a winding walking path that we chose not to travel. I encountered a Cookie Monster rock. That’s when shit got weird. 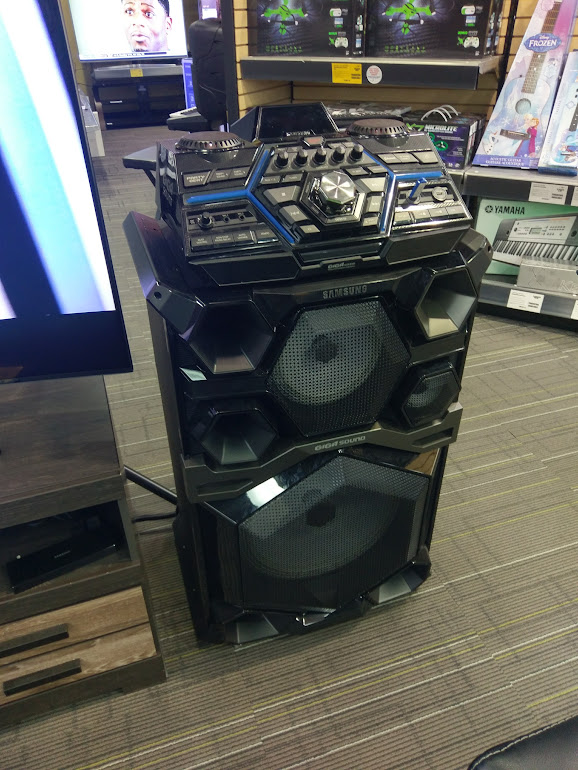 They decided they wanted to go eat at the Tilted Kilt, which is more of a bar than a restaurant, and more known for the short skirts and low tops than the beer or sports. I don’t know if it was by mistake or just awkward circumstance, but this visit actually happened. Shae (Shay? Shea?), our waitress, introduced herself to me as a 19-year-old that didn’t drink, and then spent the rest of the visit regaling with us about last night’s party that left her hungover for today’s work shift. I guess I should count myself lucky that Dad only made one awkward comment to her, but the whole ordeal was just a little too surreal for me. I would have been fine with friends, or even by myself, but it was mostly Dad that just made it feel weird. Her story really did make me miss my early friendship with Brandon though.

We finally got out of there after some mediocre bar food and stopped by Electronic Express with my hope that they could pick up a part for one of their radios. This store was a weird amalgam of a Best Buy and a furniture store. They not only had computers, TVs, and appliances, but also mattresses, couches and chairs, and outdoor cooking equipment. It wasn’t a bad store, but it felt like stepping back into the 90s with a modern twist on that decade’s technology.

When we finally got back to camp, we went for a quick swim and then headed back to the motorhome to each sit on our own laptops in silence for several hours. I cracked open one of my BlackHorse Brewery Vanilla Cream Ales and shared a splash with both of them, but had the lion’s share to myself. It didn’t help a great deal.

Tomorrow’s agenda should eclipse anything we’ve done so far. Teehee.