Today was the big day. The day that has been in planning for over a year. The day that I just barely even asked to attend. I didn’t realize how big of a deal the eclipse was until late in the game, probably much like many others around the country that found themselves making the migration at the last minute. 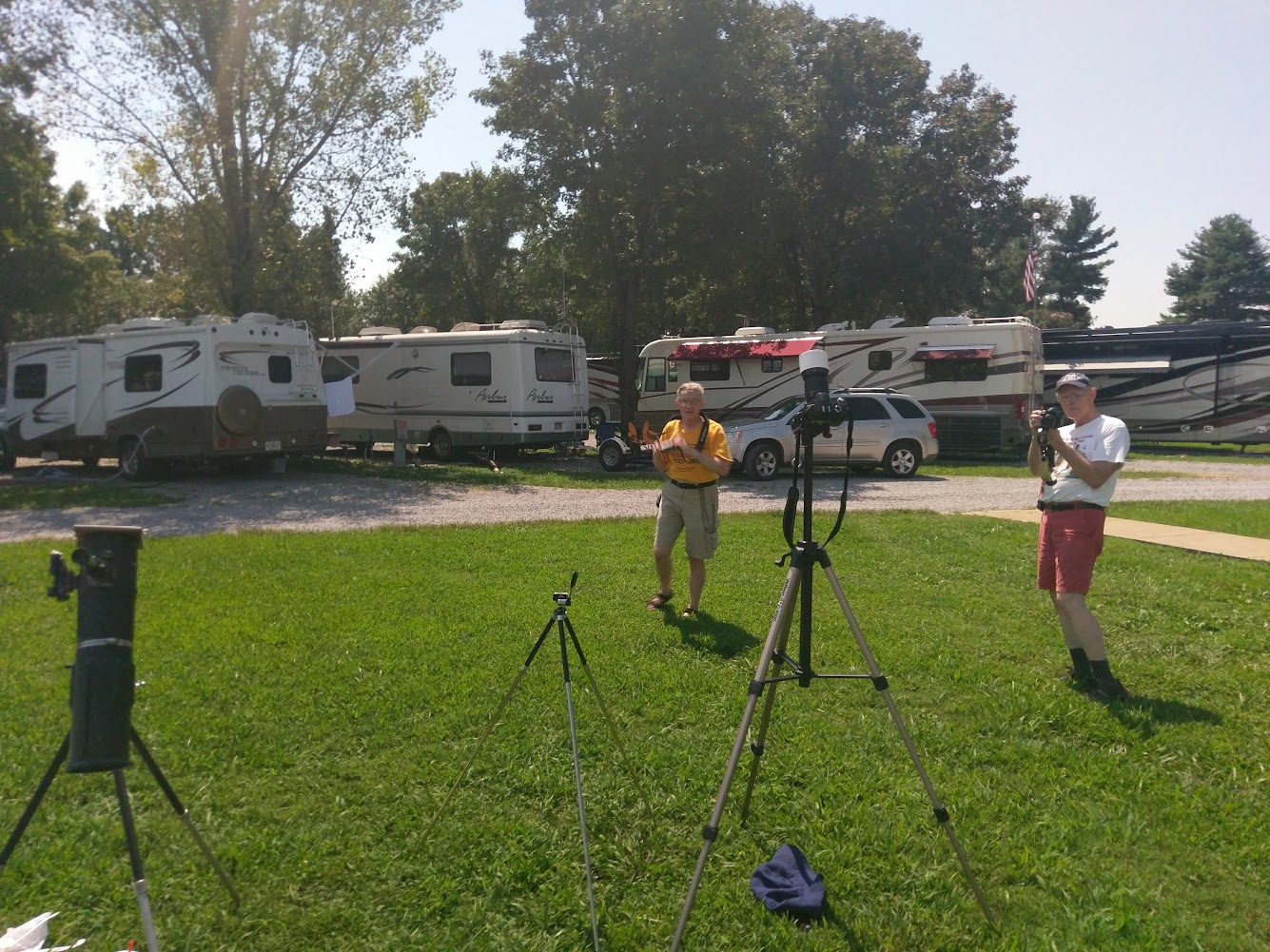 I managed to get my GoPro up on the camper to record a timelapse of us running around on the ground. Next time, I’d like to have a drone to get a higher vantage point, but this worked surprisingly well. Dad had a camera taking pictures, and I managed to get a few through the telescope. Unfortunately it was extremely difficult to get pictures of totality with the equipment we had in the arrangement we had set up. Lessons for next time.

Leading up to totality, you could feel the air getting cooler and the sunlight getting darker. Eventually the birds and other wildlife got quiet. Except the cicadas. They wound up in a hurry as they do in the evenings. Until they stopped, and the crickets came out. The darkness came swiftly in the final moments before totality, causing automatic lights to come on all around us. And then it hit us. 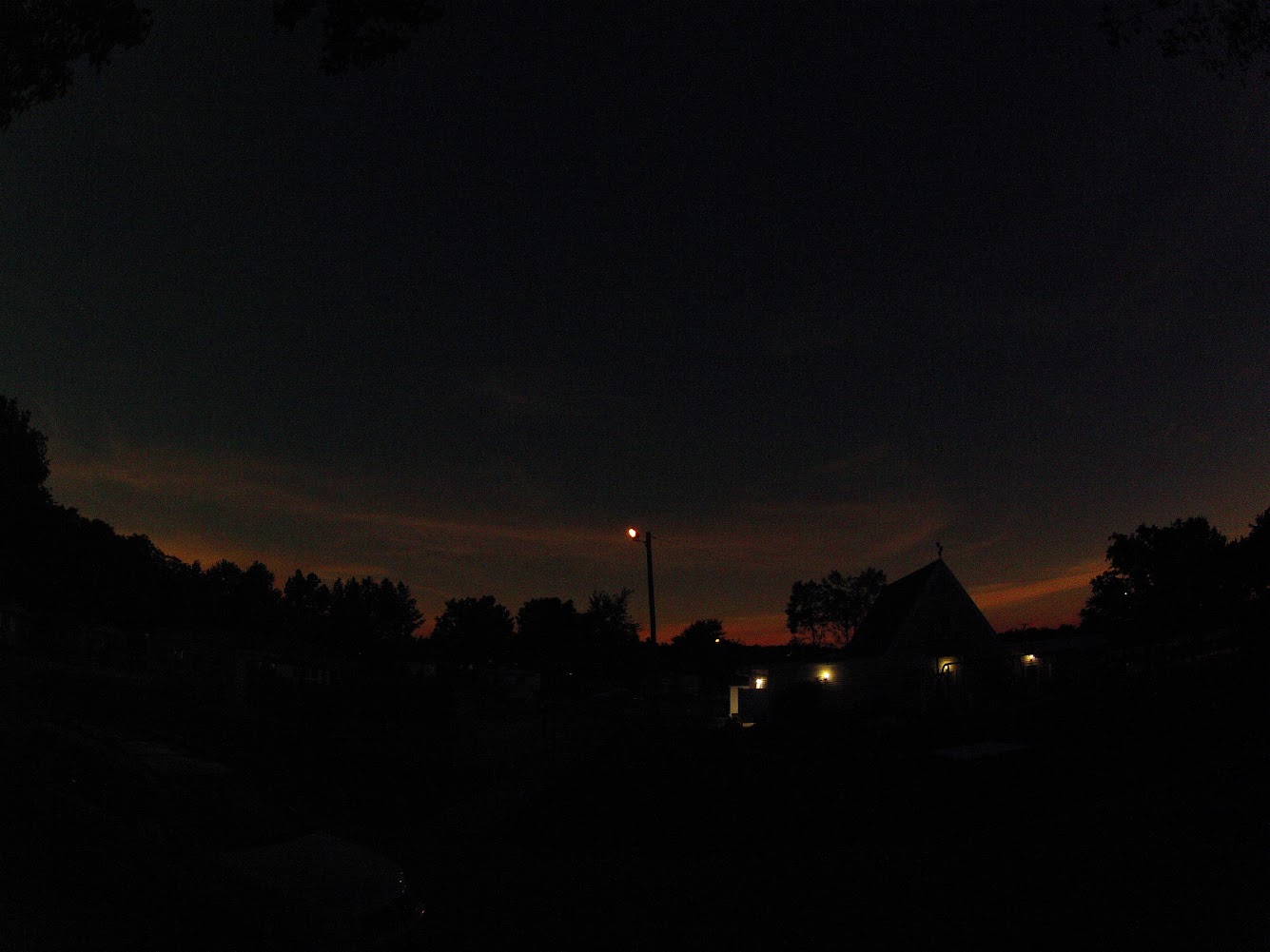 I’ve never seen anything so incredible in my entire life. The other sensations of cooler air and evening sounds were amazing to take in by themselves, but then the entire horizon went to twilight, and the sky above us went to a deep violet color. Suddenly you could see planets in the sky. Jets that would normally be too high to be seen in the daylight suddenly came into view in a criss-cross pattern surrounding the sun and moon. But it was no longer a display of the sun and moon. It was a black hole in the sky surrounded by a ring of fire, and three ethereal, spectral arms of the corona reaching out into space as if to cradle our solar system in its warm embrace. 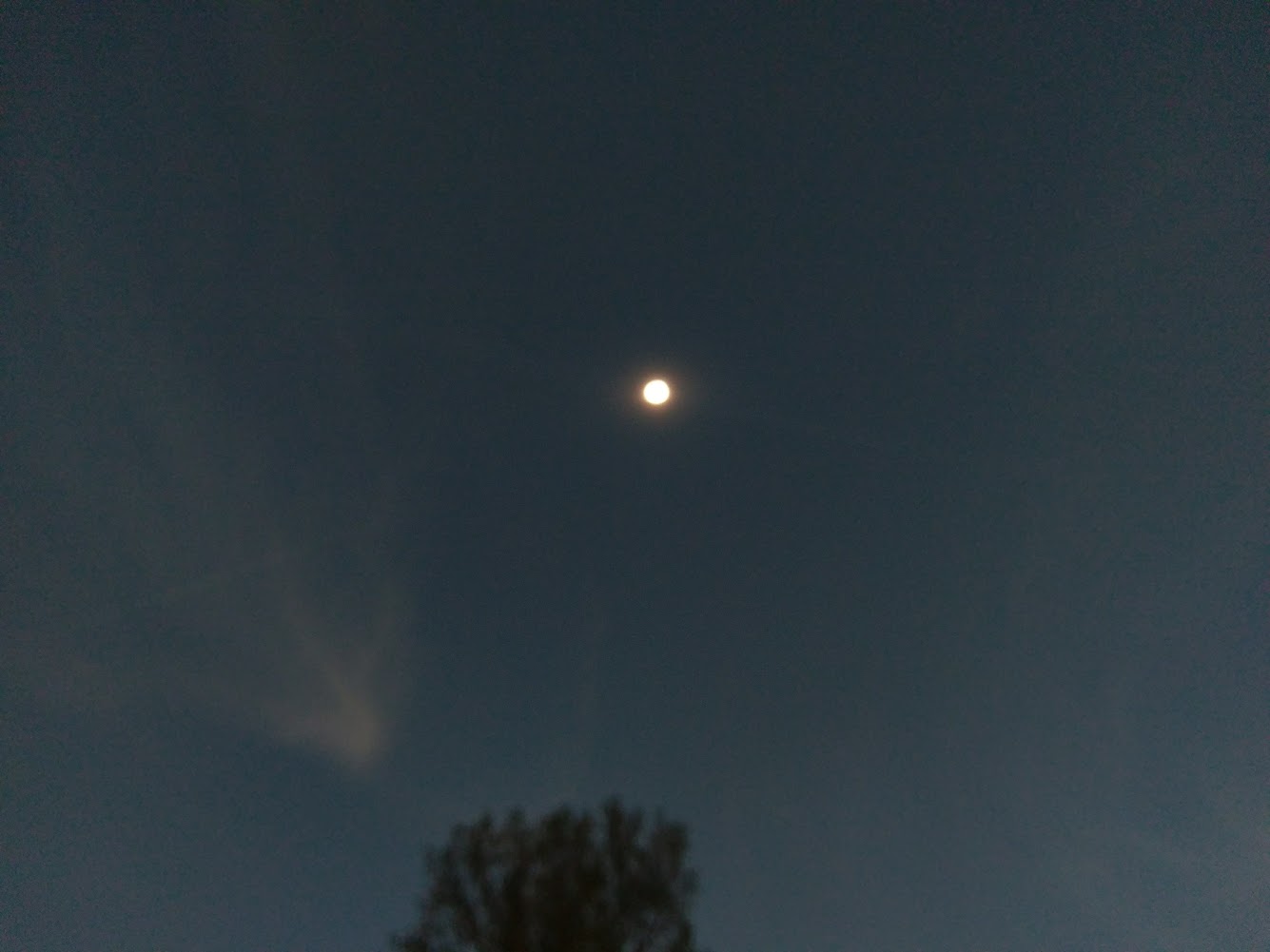 Looking through the telescope, you could see the fire of the solar flares peeking around the moon, but the real sight to behold was with the naked eye. The way the rest of space came to light around the dance of these two celestial bodies was impossible to capture with any equipment we could have possibly packed. It was as though the universe had come to witness the first dance of this newly married couple on stage, and it was glorious. The human eye is capable of such dynamic focus in this mixture of light and dark that this type of event simply must be viewed in person.

Totality lasted barely over two minutes and the diamond ring returned. The sun’s dazzling light spilled out from behind the moon and hastily flooded the whole world around us, as though she scooped us up out of the cold dark and wrapped us up again in her warm blanket. 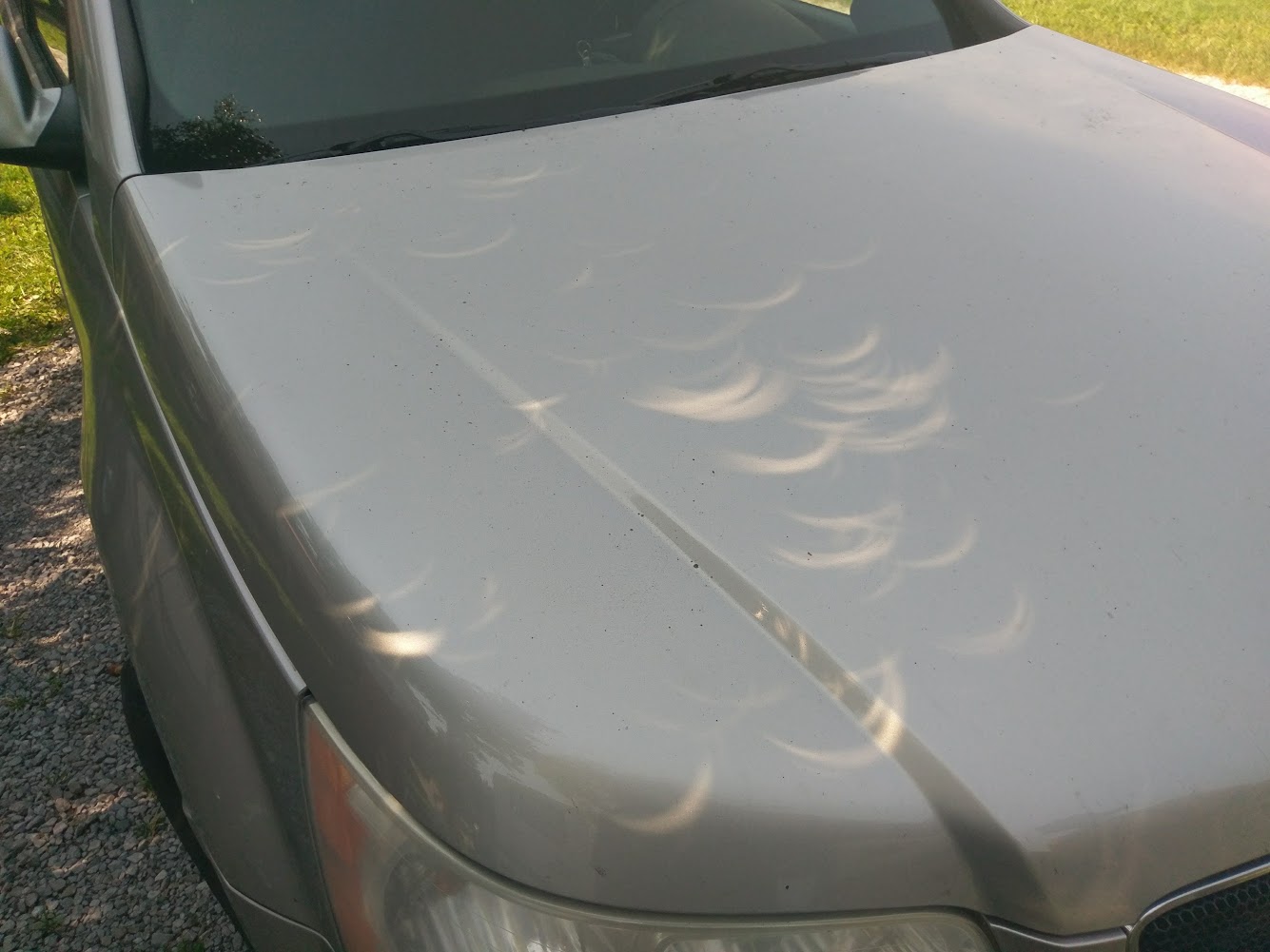 It was over, and nothing could ever compare to those two minutes of totality.

It was the most amazing thing I’ve ever witnessed, yet I frustratingly feel unchanged in the end. I didn’t have any profound thoughts or feelings. If anything, I just felt a little alone in my usual ways. My problems didn’t feel smaller. My worries didn’t go away. I still have to go back to work on Wednesday.

But I won Catan.