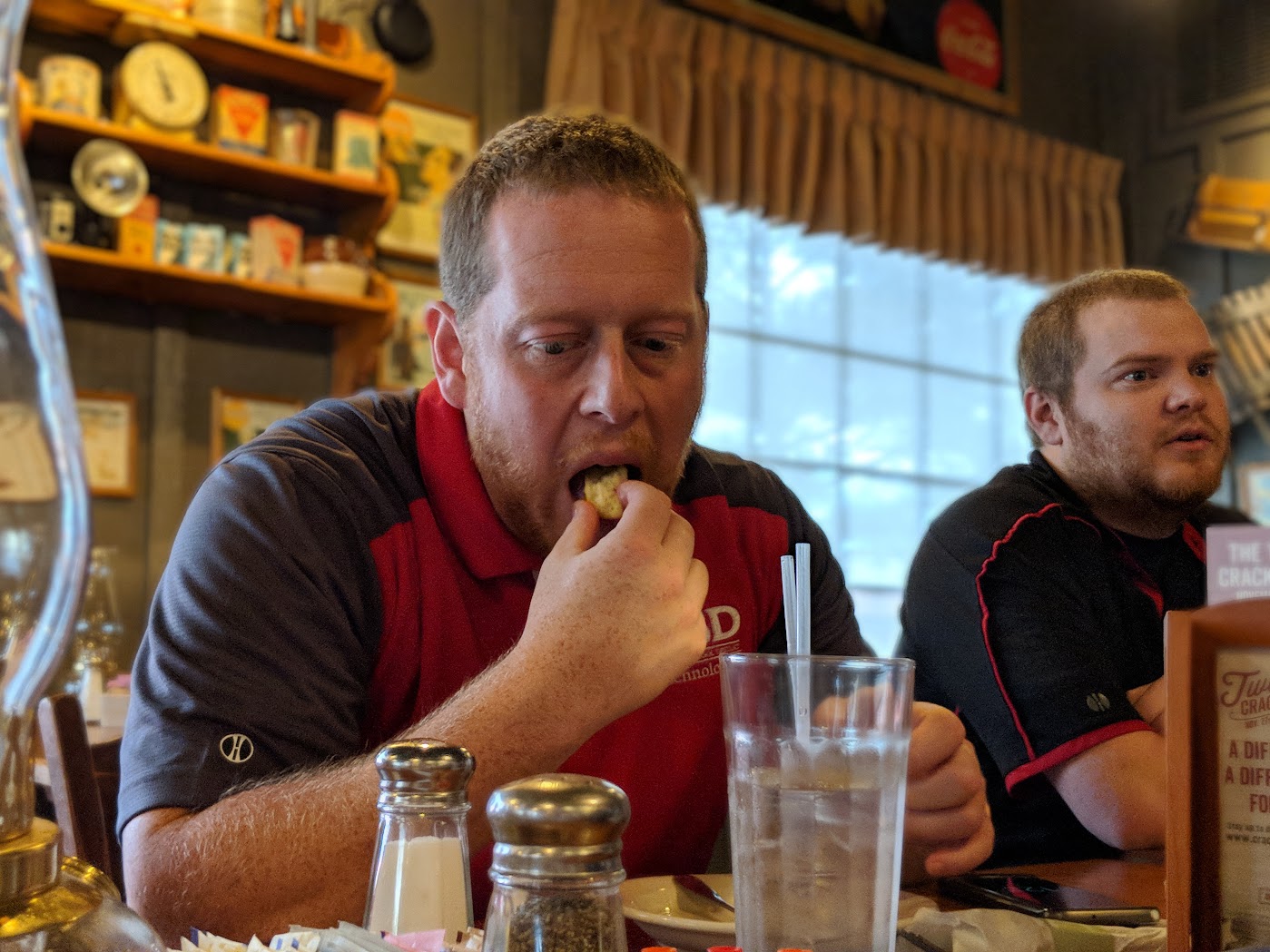 I left the house quite a bit earlier than usual today, so I thought I’d stop for donuts on the way in. I hadn’t accounted for a Friday rush at Shipley’s or the train on the tracks that I normally don’t have to cross, so I ended up being several minutes late. To make matters worse, Heather had also brought donuts, but managed to show up before me. I felt stupid, but nobody seemed to care.

It was a pretty mellow group day, and almost all of us went to Cracker Barrel for lunch. I had the rainbow trout, which was really good. After lunch, I got to visit my buildings to wrap up whatever I could. I ended up staying late to help Summer set up some rooms for quiz bowl.

When we left, I came home and sat in pain from my upper back. I’ve started to think it’s from coughing, but when I’m at home and sat quietly, I don’t cough that much. I’m running out of ideas to fix it, and sleep only seems to make it worse.

Chiropractic is sustained by pseudoscientific ideas such as subluxation and “innate intelligence” that are not based on sound science.