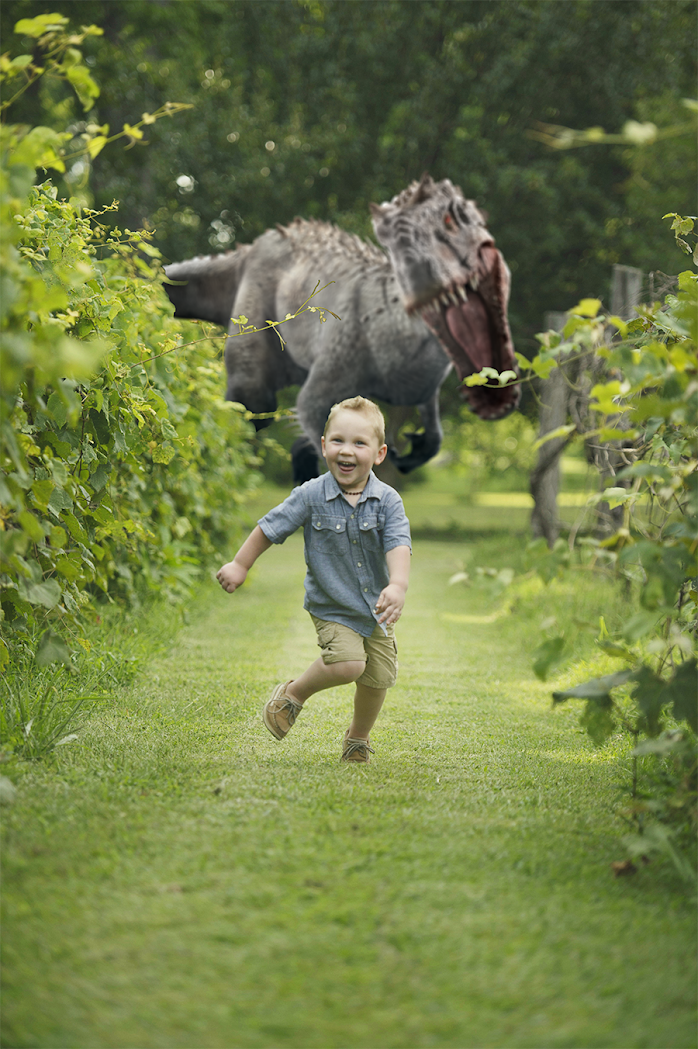 Today was a beautiful day for a ride, so I spent it at work.

I did at least ride to work, but it was still a shame to spend most of the day indoors. A group of us went to CiCi’s for a $4.17 tax-day buffet. I’ve had better food there during lunch, but it was alright. I wish I had gotten more salad and less pizza, because the salad was really good.

I spent a bit of the afternoon in Photoshop after seeing Jessica’s computer wallpaper. I didn’t actually get to finish it before getting called to Oakland to set up printers for kindergarten registration, but it turned out alright. 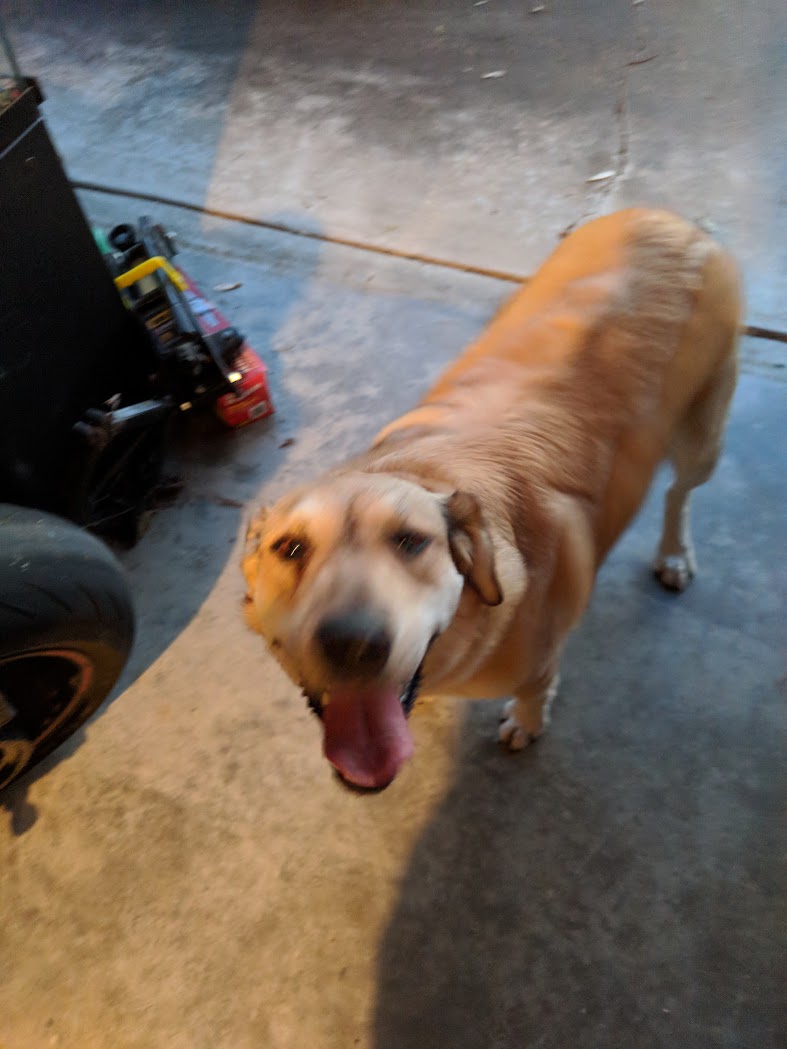 I went home for just a bit after work before filling the bike with gas and heading to my parents’ house for eggplant soup. Coincidentally, Mom stopped on Jurassic Park 3 that was on TV, and Jessica texted to say she was served an advertisement for the new Jurassic World: Fallen Kingdom.

When I got back home, I discovered I had a new dog. It lasted for about two minutes, and then it left me just as suddenly as it appeared. I made plans for Avengers: Infinity War, then finished the evening in some PUBG with Keno and Aaron.

I was always floating around, head in the clouds.