I brought one of my smaller tadpoles in to work today so I could compare size with the two monsters I brought in a couple weeks ago. The size difference is astounding. It’s crazy to me how stunted their growth was due to overcrowding.

Semester tests started at the junior high, but I didn’t really hear from anyone. It’s just one day closer to being a ghost town. I went to lunch with Ronda and met Steven at Ruby Tuesday for $5 salads. They didn’t have any of their delicious croutons out when we started, but I managed to fill up in spite of it. 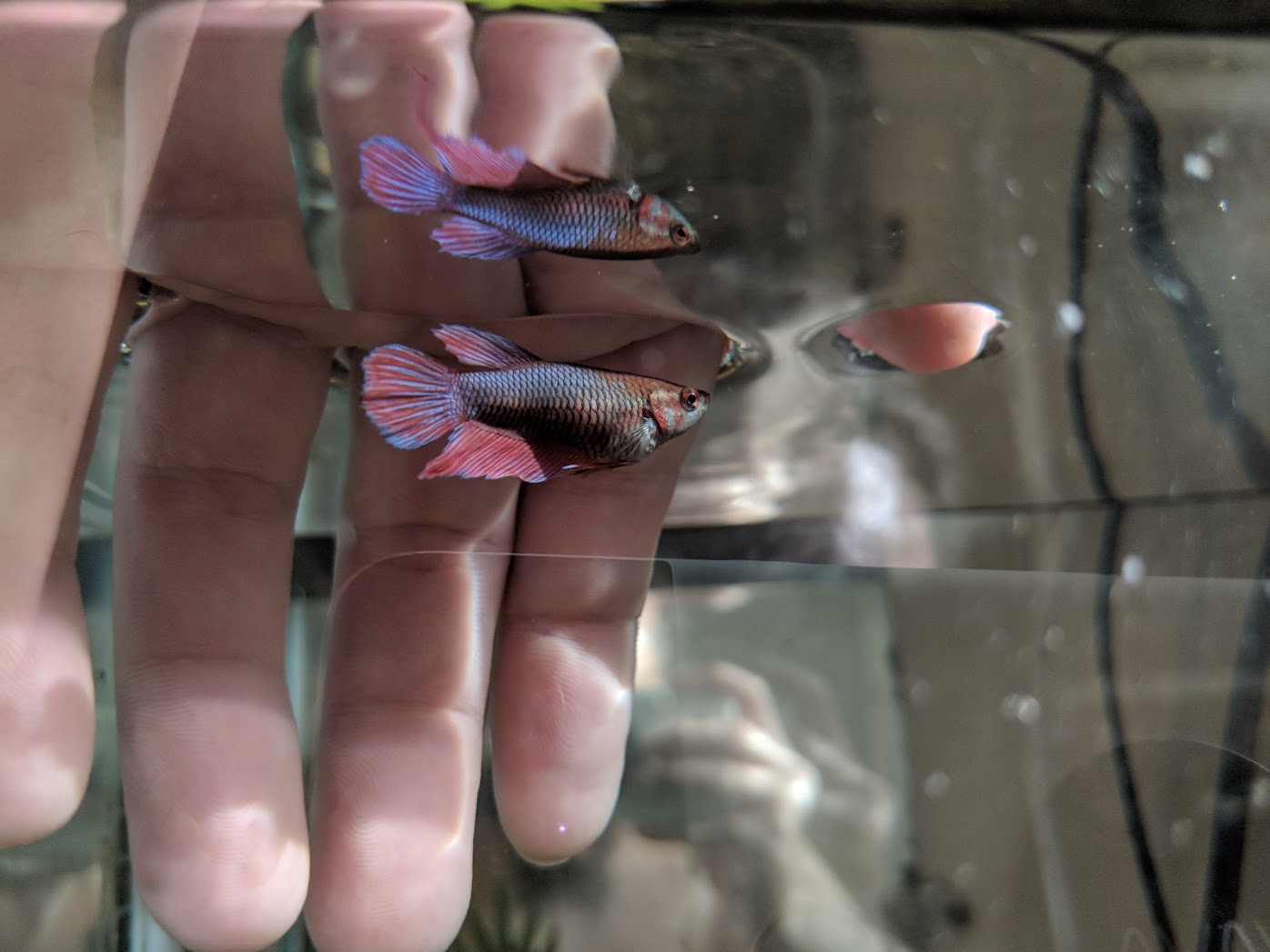 After work, I came home and spent a little time with the betta. I thought I might try to teach her some tricks, so I’ve been handling and petting her when I feed her. I’ll need to make a hoop for her to swim through. It makes me want to put a fish in the water buckets outside to help eat the mosquito larvae. I could bring them in to a sorority tank during the winter.

I ended the evening with some pretty decent games of PUBG with Aaron. We haven’t had a chicken dinner in a while, but we got really close a couple times.