Everything was pretty well organized for me to leave this morning, so I headed home to shower and feed the fish, then packed and left for work. I had a bit more testing in the morning, and then I took care of as many work orders as I could at the junior high in the afternoon before we headed out.

I picked Jason up at his house in Atkins and we made our way to the Wyndham Riverfront in Little Rock. He was super anxious to get to a liquor store, so we drove to a pretty big one about half a mile away, then came back to the hotel for dinner. We all agreed to go downstairs to the steakhouse in the lobby, which actually turned out surprisingly nice. They had an “early bird special” for a buy one, get one free entree, and I decided to get two entrees for myself since the district was buying. So it was two 8oz medium rare filets with carrots, a giant baked potato, and a bowl of butter, sour cream, and cheese of equal mass for me. They increased the district reimbursement to $40, so I paid a grand total of $1.57 plus tip for my meal, plus nearly a whole pecan crusted salmon filet between Heather and Jason’s leftovers. 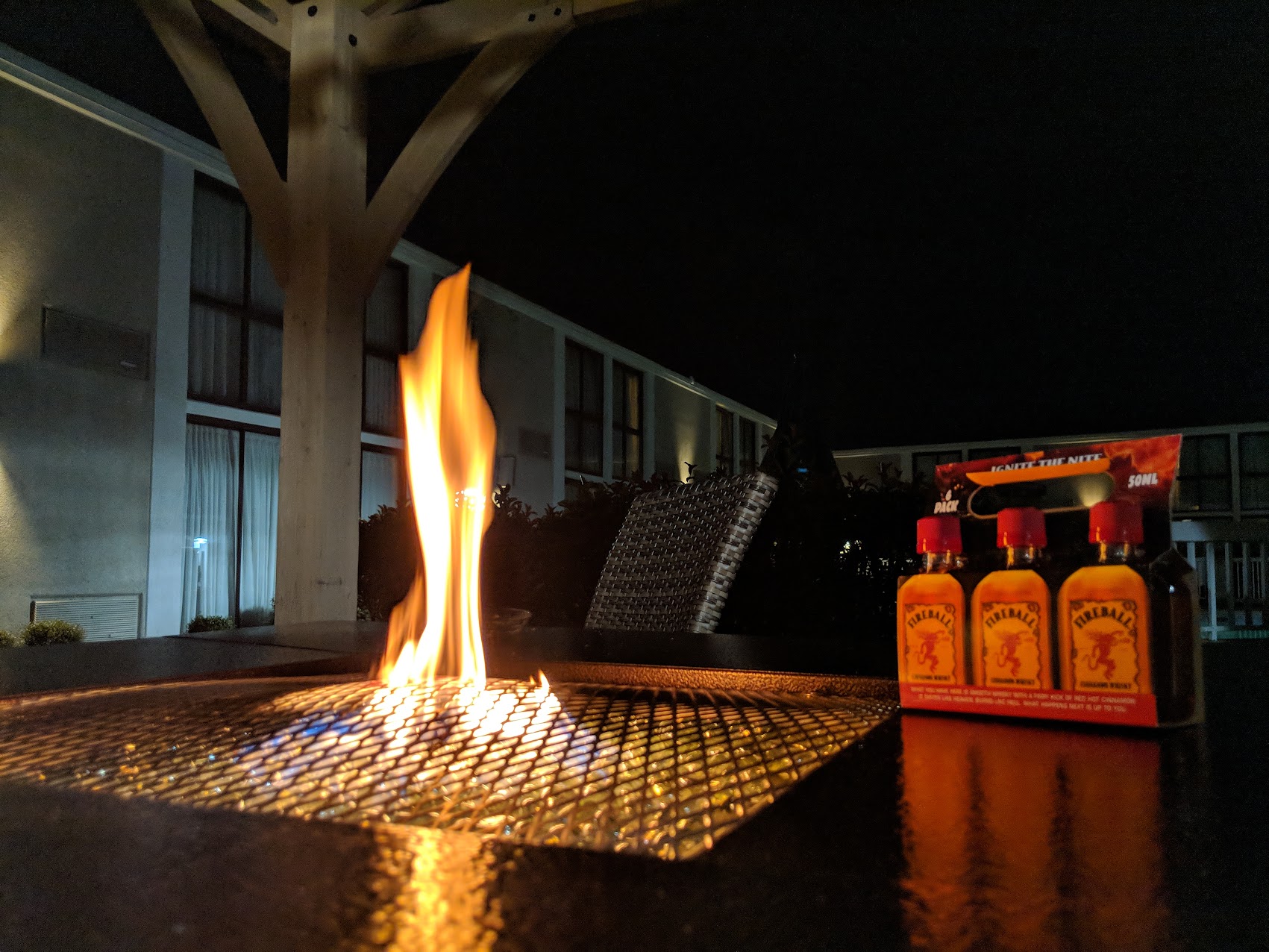 After dinner, we mostly split up, but Gary came back to my room to have a couple drinks with me. We ended up going out into the courtyard and met up with Dale, and the three of us chatted around a propane fire table for a few hours. An older couple came out and sat with us for a while, and ended up talking a lot of history and politics with Dale, which proved to be super entertaining for all. It was a really great night, and the weather was just perfect out there.

We eventually had to part ways so we could get some sleep before the classes in the morning, but I think it’s going to be a really great conference.

Supreme Leader Kim Jong Un would NEVER go for that!