Summer took the kids home this morning and I eventually got around to doing some last minute deal hunting. First up was Shoe Carnival where they had advertised a free $10 gift card with the purchase of a $50 gift card. I couldn’t find any terms anywhere online, so I had to go to the store and read a sign that the bonus gift card would only be valid for a couple weeks, which made this one a bust for me.

Next I went to Walmart to hunt down an old, discontinued SKU for a Google Home Mini and Chromecast bundle. They had several of the newer SKU boxes in stock, but I couldn’t find any of the old cheap ones. The place was a zoo, but I managed to make it around to the groceries for a few things I needed before I left.

The last stop was Taco Bell to spend my last $5 bonus gift card before it turned into a pumpkin overnight. I just sat and decompressed over a taco salad before making my way up to Summer’s. 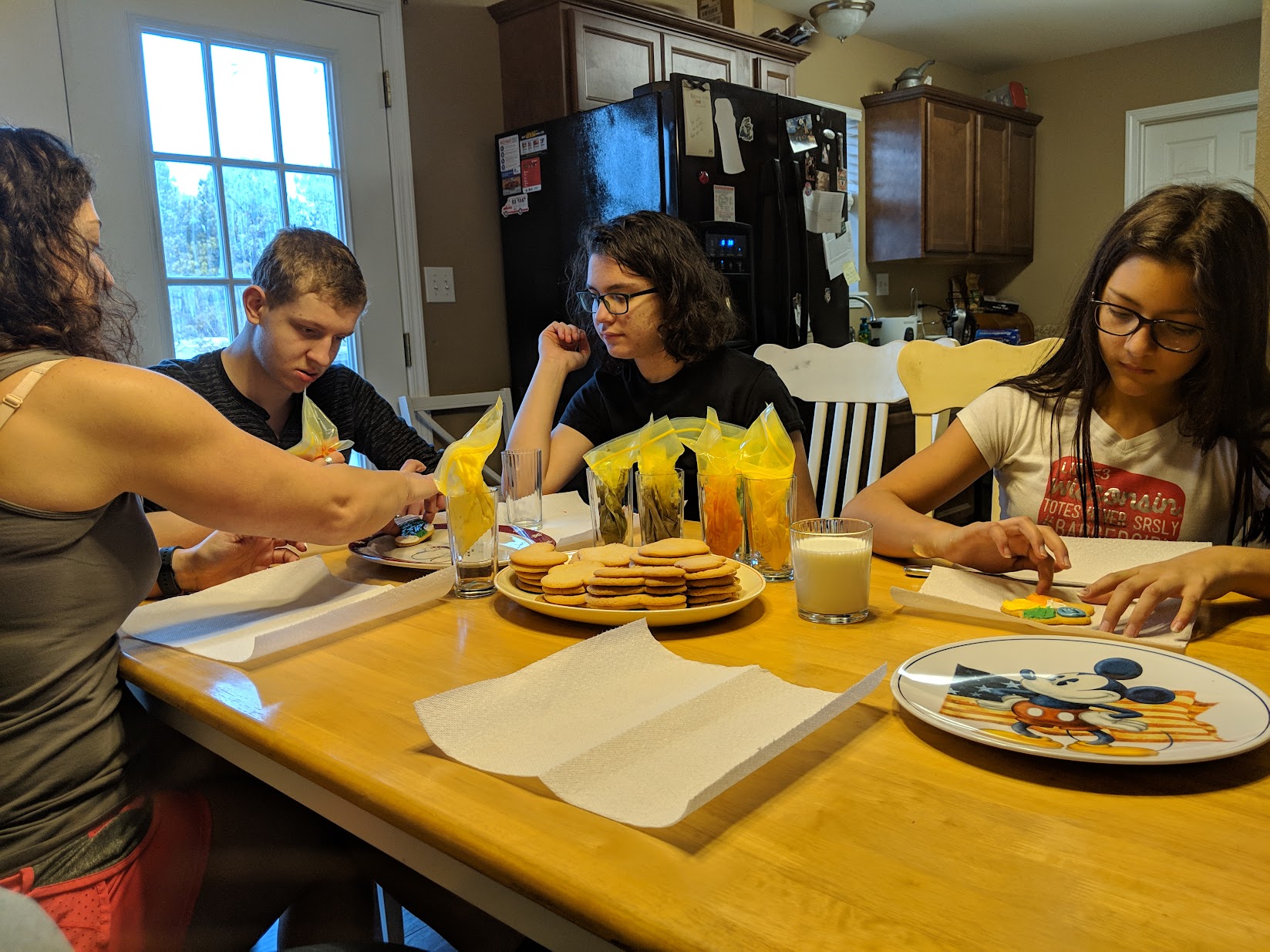 When I got there, she was baking cookies for the kids to decorate. Eaddie didn’t make as much of a mess as I expected her to, and we all had a good time. I made a Patrick starfish and a Thanos.

After the cookies, they all played Super Mario Party while I fought with trying to set parental management on Eaddie’s iPhone. It was super frustrating that we weren’t there to set it up properly from the beginning, and none of them really paid close enough attention to anything to really use it to its full potential. I eventually just gave up and played some Overcooked 2 with the others. That game stressed us all out, but I think Summer got it the worst. Eaddie was tired and useless. Autumn was the same, though less annoying about it.

Eventually the girls settled in and we called it a night. I played Breath of the Wild for way too long before I gave in to sleep.

You’re gonna sit down and have fun whether you like it or not!