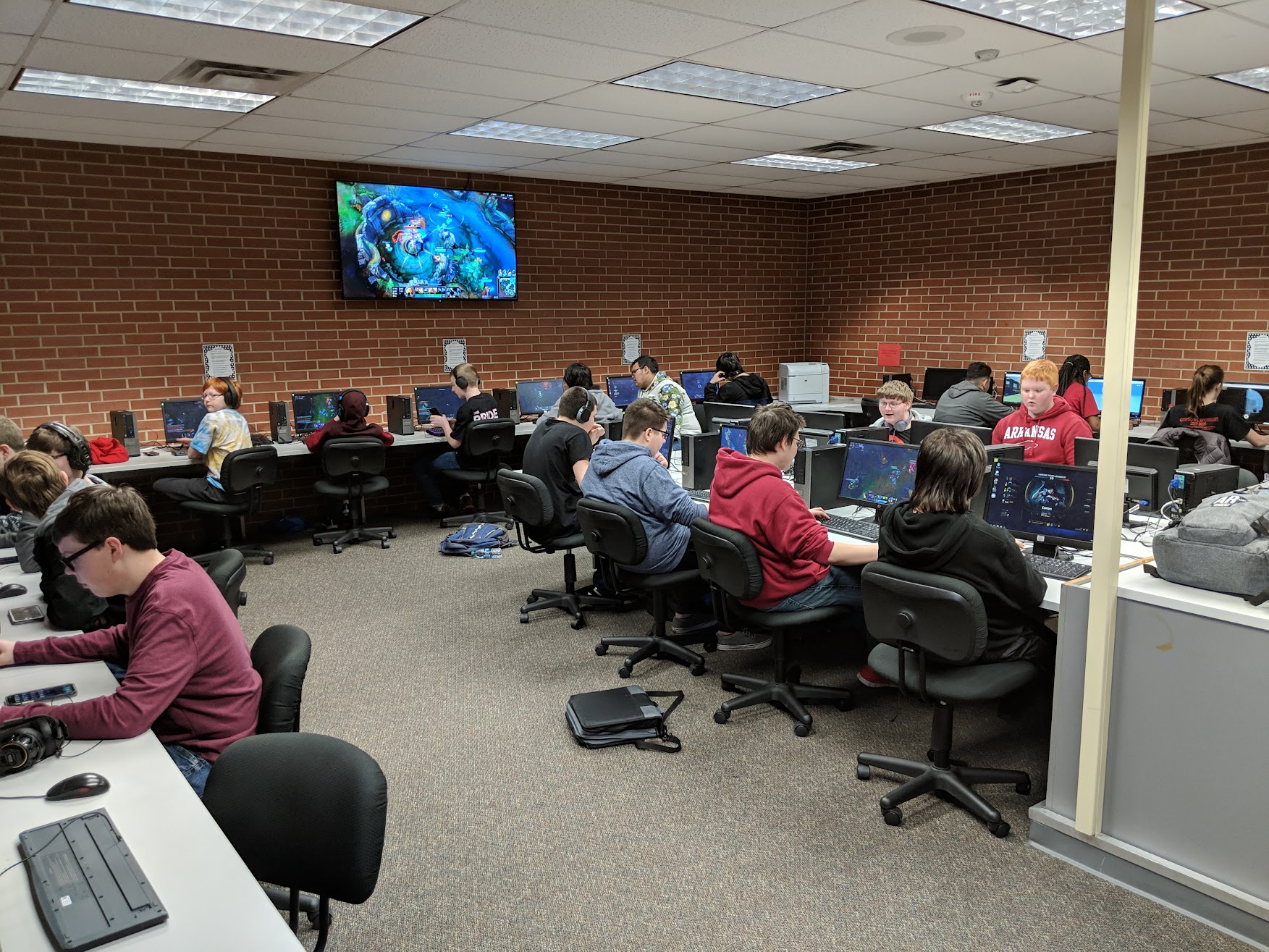 The girls took off this morning for the quiz bowl tournament. I got to follow about an hour behind, and walked into a lab already full of kids. I really didn’t expect that many of them to wake up early enough to actually be there by 9, but they did. We had nearly a full lab by the time it was all said and done, so I was pleased with the turnout. More than a couple more would have been too much, so it really was just about perfect.

They got a little loud a couple times, but nothing too crazy. Johnny came in and scolded them for being loud at one point because they got excited when I suggested they try a local 5v5. Once they got into the gaming it really quieted down though, and everyone seemed to have a pretty good time. A few of them got some food, and then I ended up grabbing some Little Caesar’s for some others that had money but no way to get it. I picked up a couple pizzas on top of what they had to help feed some other hungry but broke ones. The real highlight was a parent coming in looking for a kid that was supposed to be getting some math tutoring. We had to sit down and have a talk about that one. I guess I’ll have to figure out academic requirements before the end of the year.

When we wrapped it all up, I brought the leftovers from quiz bowl’s lunch home while Summer went to the gym. It took me a while to clean everything up, and then I started messing with my computer for just a little bit before she got back. We had just a little bit to eat and watched The Ballad of Buster Scruggs, which was nothing like I expected. We both thought it was pretty amazing.

I, too, have been known to violate the statutes of man… and not a few of the laws of the Almighty!