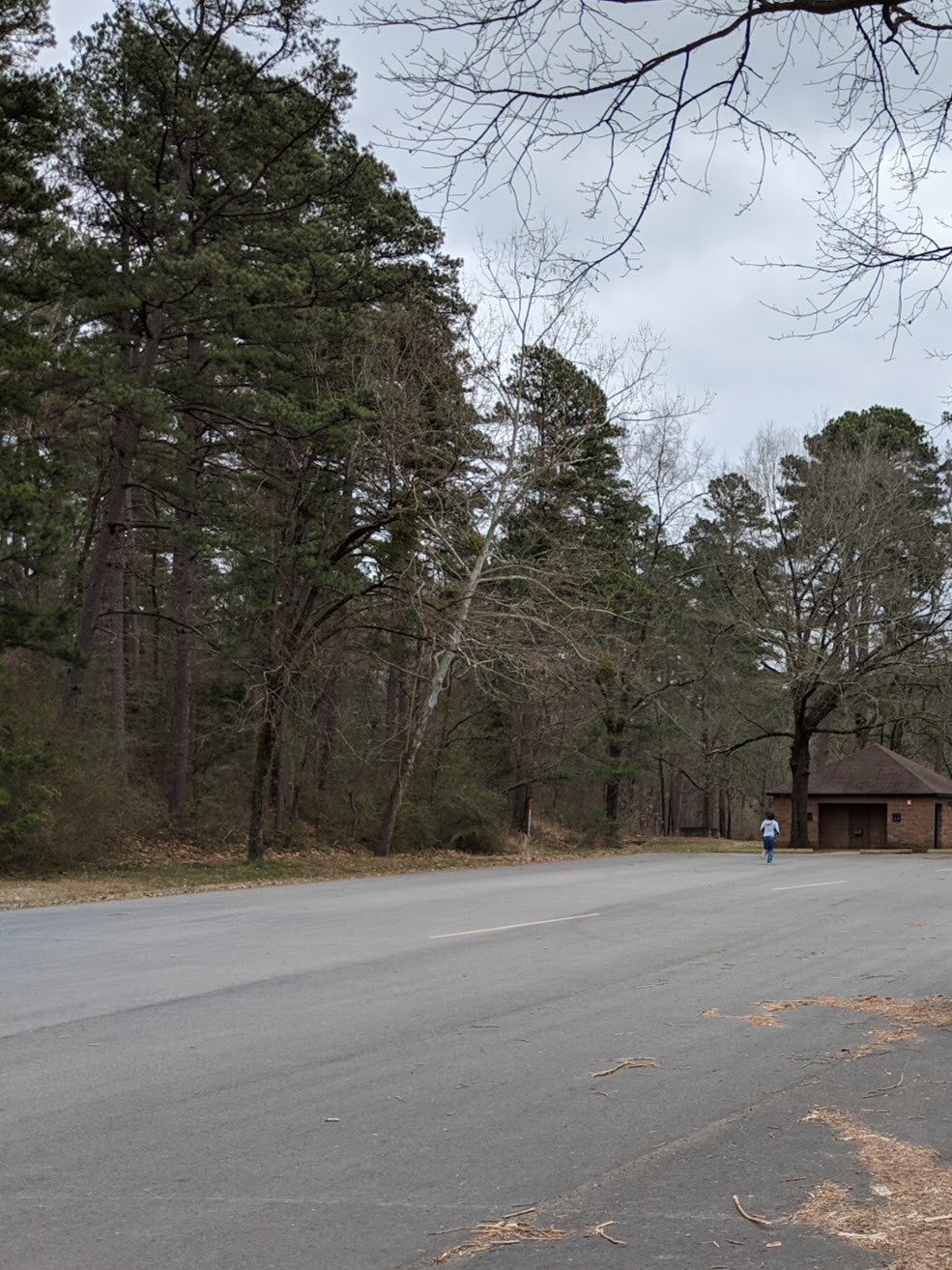 We got up this morning and headed to Hot Springs to pick up the aquarium stand I bought from PetSmart. There wasn’t an option to do a store transfer, so we just decided to make a day of it. We stopped in Ola for a potty break, and then made it as far as Nimrod Dam before she ran off to the bathroom again.

When we got through most of the mountains, we stopped at The Shack for lunch. I let myself get a little rushed when placing my order, so we both just got small burgers, and then we had some sweet potato fries and onion rings. It was all pretty good, but unremarkable. The homemade lemonade was amazing though, likely because of how much sugar it had.

Once into Hot Springs, we went straight to PetSmart and wandered around for a while before driving across the parking lot to go to Bed Bath & Beyond. I don’t even know how many hours we spent in there. I passed up some clearanced clear ice molds in favor of splurging a bit more on some larger round ones. We did pick up a FitBit smart scale though, which turned out to be a bit cheaper than I expected. It didn’t take much thought to decide to return to the store to pick up the last three on the shelf. As I was checking out, the cashier mentioned hearing us talk about them and said she thought about getting one for herself. I left her one to stick under the counter, and we were on our way.

It was time to eat again, and it took us a while to settle on something. We ended up at Osaka Japanese Steakhouse & Sushi Bar, where I had trouble finding anything that looked good on the menu. I didn’t realize it when I declined the option to sit at the grill, but evidently they had different menus depending on where you sat. It turned out okay though, because Summer really liked her teriyaki combination, and I had the katsu don, which was really tasty and cost about half that of what I would have ordered from the hibachi.

After we ate, we stopped by the sexiest store in town to see what all the fuss was about. It was really just another one of those places where retail pricing is still ridiculous, and I was super surprised at the variety and quantity of people that passed through while we were there. I guess it’s just marketing and convenience, and hopefully not a generous return policy.

We stopped by the spring water fountain and filled our box full of bottles on the way out of town. I took a perceived shortcut on the way out just to see what it was like, but the lack of lighting made it a worse choice overall. We did just barely make out a yard full of toilets though. As we made it out to Hot Springs Village, we stopped at Walmart for another bathroom break and perused a bit for some cookies, beer, picture frames, and any clearance stuff we found interesting. Then it was over the mountain and through the fog to get back home.