Gary and I chatted for a while this morning, reminiscing about the days of olde. I missed not getting to see Mitch when he came to town. He said they all went to Robert and Grant’s barbecue truck to see what they had, and that it was the best barbecue he had ever had. It got me thinking and wondering, and even made me a little sad to think back to that earlier time.

Dad texted Mom and me asking for a ride home from St. Mary’s after they had doped him up and told him not to drive. I got him home and then went to the junior high for a bit before lunch. Allen was really craving chicken, so we went to KFC for lunch, and then I went back to the shop to talk with Gary some more about how to block the kids from accessing porn on the school devices. Those kids are so crafty about it, and some of the things they do are pretty creative. I guess I just can’t imagine them living in today’s world without access to that kind of thing everywhere else, and it makes me wonder why they’d do it at school. 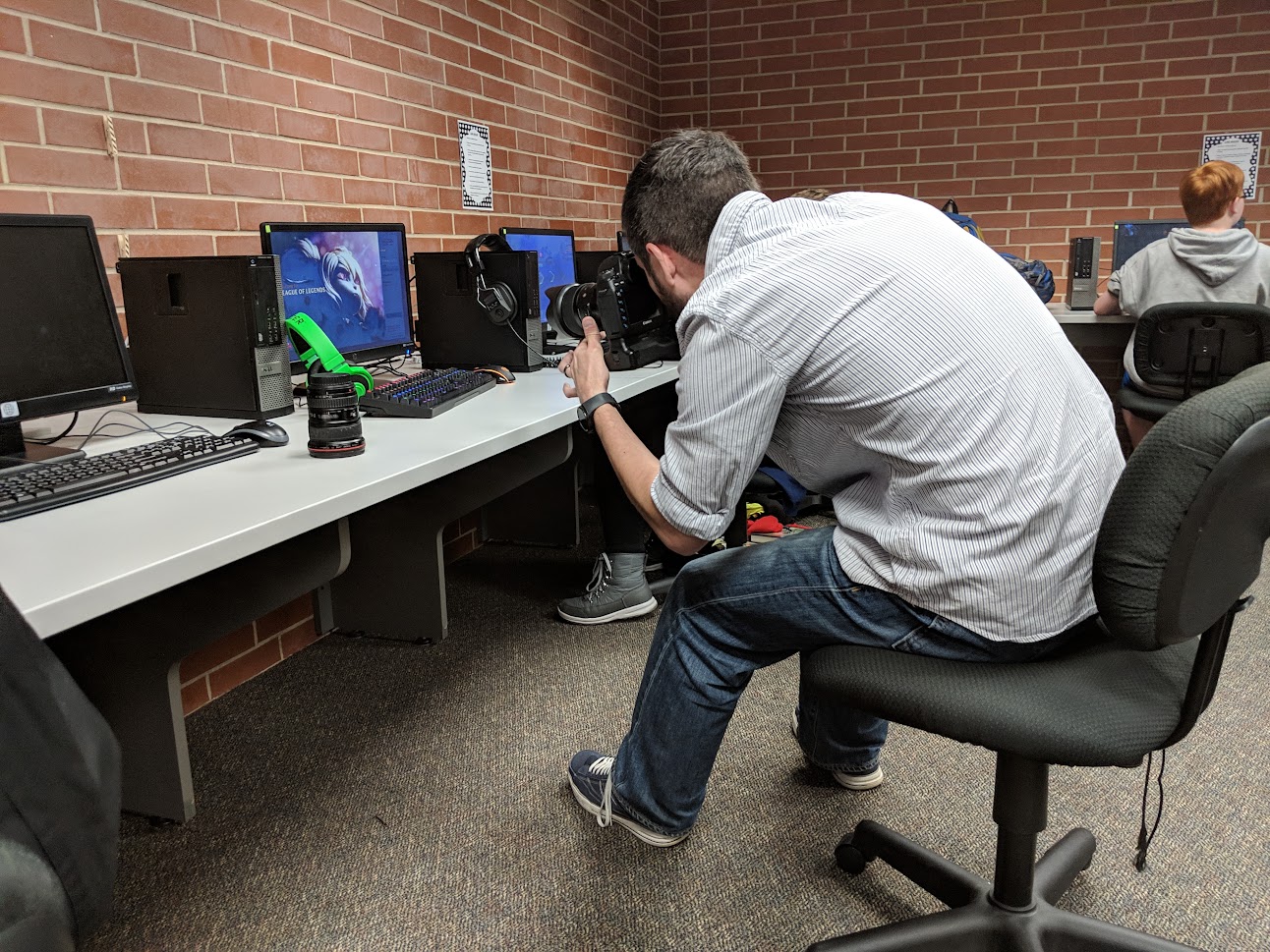 Eventually I made it back to the junior high for esports. Rachel and Josh came by to get a few quote from some kids and take some more pictures. Josh even staged a little artistic photo as well with a mix of someone’s Razer headphones, a VicTsing mouse, and my Monoprice mechanical keyboard. At the end of the day, I accidentally remotely restarted three computers that were being used to play a winning game, and I felt really bad for causing the team to lose an otherwise winning match. They gave me some grief over it, but they seemed to brush it all off in the end since it was really time to go anyway.

I went home for a bit to clean up, and then went to Summer’s for the evening. She prepped some more veggies and I made another awesome pizza since the girls went out with their dad. Then I spent the rest of the night playing some Overwatch with Johnny, Jack, Aaron, and Clint. It was nice to have so many people on, and I was surprised at how late they all stayed on. Must’ve been kismet.