I successfully climbed out of bed earlier this morning in preparation for my return to work tomorrow. Summer made sausage and eggs for breakfast before going to the gym, and eventually I went home to get their bikes ready to ride.

The girls got there, picked up their bikes, and rode to her parents’ house first, and then went to my parents’ house to help scrub the pool cover. I was going to stay home and clean in the heat, but I wasn’t inside for very long before Ronda texted with contact information for a Pelican Matrix 100x kayak for sale. I called the guy and then went straight up to meet him.

I didn’t realize how that subdivision had sprouted up in that area, but they seemed like some nicer houses. The guy had a slingshot in the garage that he said he just purchased from someone on a swap page as well. We took the kayak out of his garage, and then went straight to putting it up on my car. In hindsight, I think he probably expected me to haggle him down a bit on the price, but I figured the $125 was a “friend of a friend” price already. If I had given it any more thought, looked over its condition some more, and considered that it didn’t come with a paddle, I think I would have tried for $100. He helped me get it on top of the car, and then I climbed up and strapped it in under the raging sun. 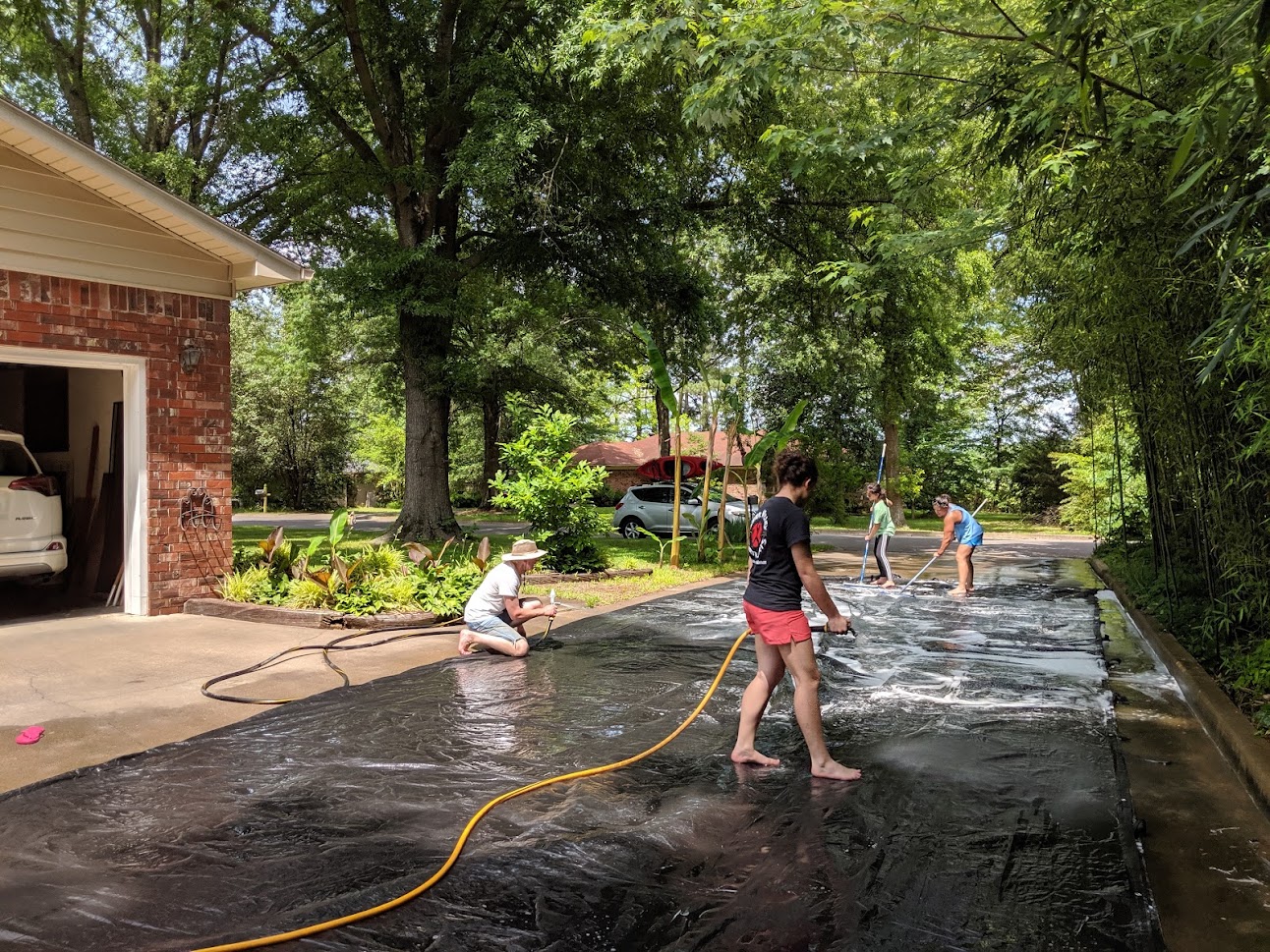 I considered going home first, but then decided to go straight to my parents’ house to see the girls’ reactions. Nobody really said much, but Summer and Eaddie came over to look at it. I was already sweaty from mounting the kayak and felt gross from my lack of a shower in the morning, but I stayed outside and helped spray down the cover while the girls scrubbed it. They got it all done in record time, and Summer caved and let the girls go for an early swim. The water was cold, fresh out of the hose while Dad was refilling the pool.

Mom made fried rice while Dad fried some egg rolls, and we all sat down to eat. I ate some 7-layer dip before we had dinner, but I didn’t expect that to make me feel so full. The girls had to ride home afterward, and I followed along in the car shortly thereafter. They got to the house right as I was ready for help getting the kayak off of the roof of the car, and we made room for it in the garage on top of mine.

From there, the girls ran to Walmart for groceries while I took a shower at home. It was too hot to do much else, but I managed to pack my backpack for work, and loaded up some things to bring to Summer’s for the evening. I made some strawberry shortcakes, and we watched an episode of Parks and Recreation before bed.

Shave his belly with a rusty razor!