I couldn’t sleep in much today because of how bright it was in my room, so I spent most of the day pretty tired after my long night. Summer took Eaddie home, so I got straight to cleaning up for the day. After my shower, I finally tested out my new faucet and found that it leaked pretty badly at the drain. After mopping up all the water under the sink, I spent a little while tightening up all the connections until it didn’t really seem to leak any more. I’ll have to test it some more later, but I think it will probably be good enough when used normally and not pumping water into the bowl as fast as I can.

I had to go to my parents’ house to get some red envelopes for the kids, but Bác Vân came over and asked to borrow a bunch of money on my way out. I typically don’t have instant access to that much cash on a weekend without any notice, so I wished her good luck and many learned lessons. When I got to my parents’ house, Dad was recovering from feinting a bit after his surgery. I didn’t have time to stick around for very long because Summer had lunch ready, so I grabbed some envelopes and headed up to their house. 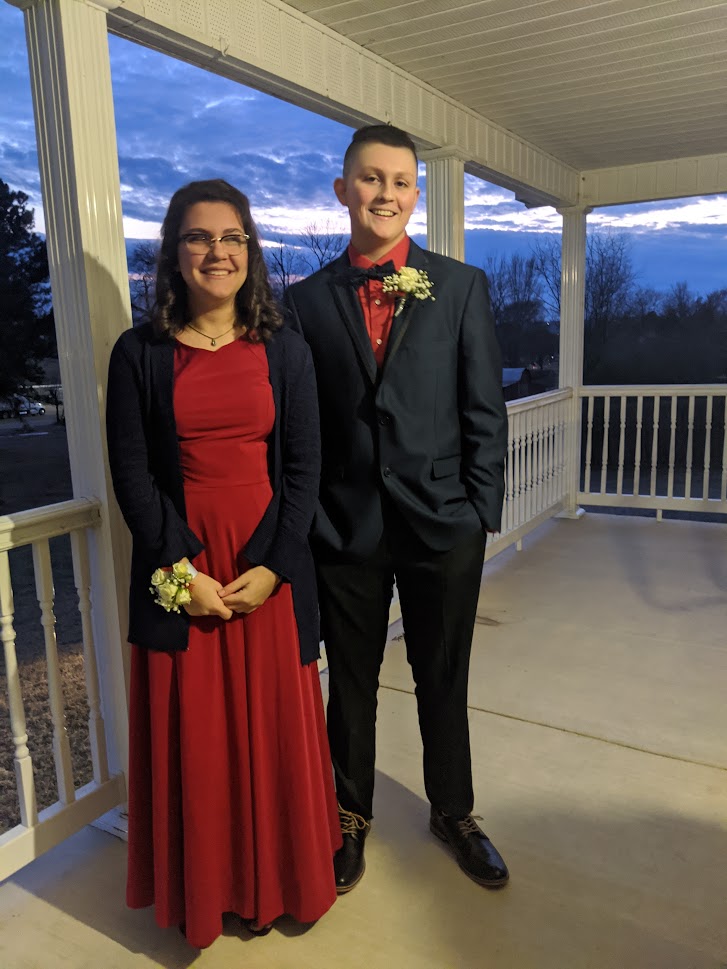 Summer’s mom was there finishing up Autumn’s dress, so I had lunch and just sat around with the kids. When she left and after we had all eaten, Summer and I went to Walmart for some stuff for dinner. Once she had that going, we watched some TV until Autumn’s date for the formal arrived. We missed the really good lighting, so I just did the best I could with what we had. Then we settled in and watched Glee until the dance was over.

Suzanne was in town and stopped by for just a little while to watch one episode with us. Then we chatted for just a little bit more before she left. Autumn eventually made it home, and the girls all crashed. I played some Overwatch with Clint, Josh, and one of his friends, then went to bed myself.

Well, you’ve missed the golden hour, so you get the tasteful yellow glow of a porch light.