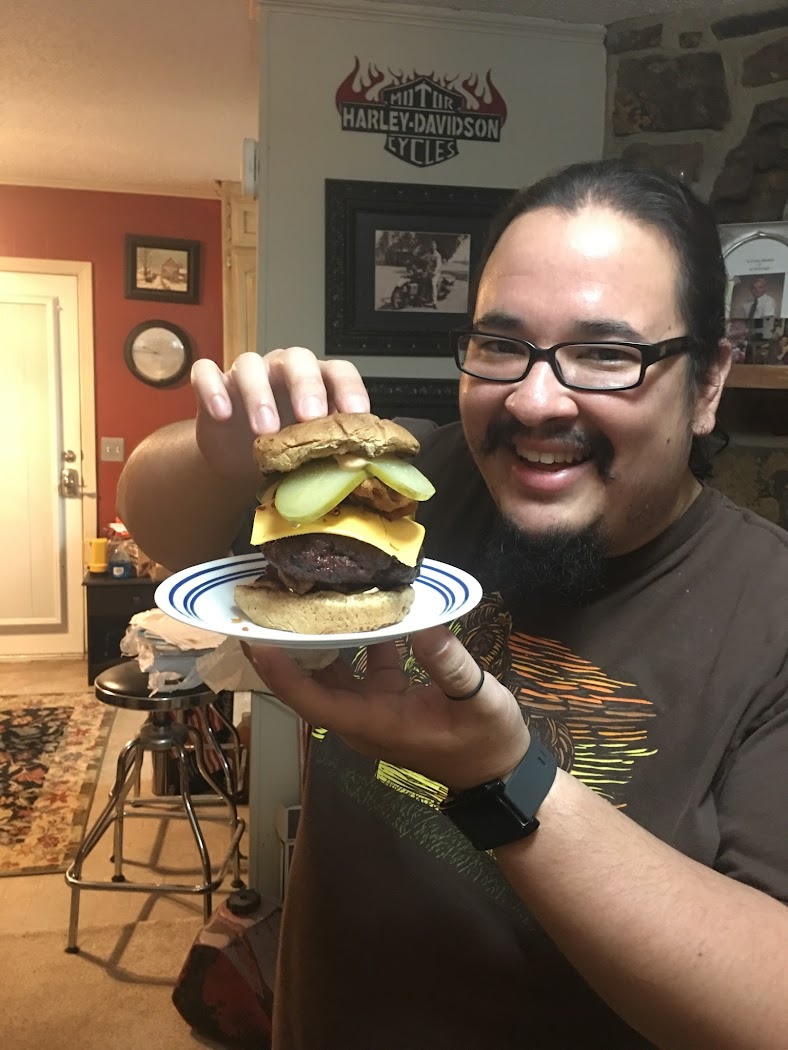 The duck jumped out of his little home somehow. Luckily he wasn’t too difficult to catch in the bedroom, so I set him up with a new home in a slightly larger bucket and moved his water bucket closer to the center. I went to the Co-Op to check for some duckling food, but they didn’t have anything smaller than a 50-pound bag. From there, I went to Tractor Supply Co. and picked up some feed, but I was so focused on avoiding antibiotics that I missed the warnings that what I had bought should only make up about 10% of their diet. I finally ended up going back to Atwoods to pick up some game food that I think will work alright.

When I got home, Michael called and asked if I wanted to go to Hot Springs with him so he could check out a new bike. I didn’t get to go because Mom wanted to go out to eat with Bác Vân, so we went to Chili’s where they both complained about the food and the president, and about how salty they both are. I had one of the best sirloins I’ve ever had, especially considering how much of a steak snob I’ve become.

After lunch, I came home for a while and messed with my Logitech Harmony Elite remote some more until
Allen invited me over to help him unload a grill from his truck. I returned the frozen food he left with me when his freezer broke, and he offered to cook a couple deer burgers for us. They were dryer than the usual burger I would make, but I really liked them. It was definitely a little different, but they were good.

When I got back home, I played just a little EVE Online with Keno before heading to bed.