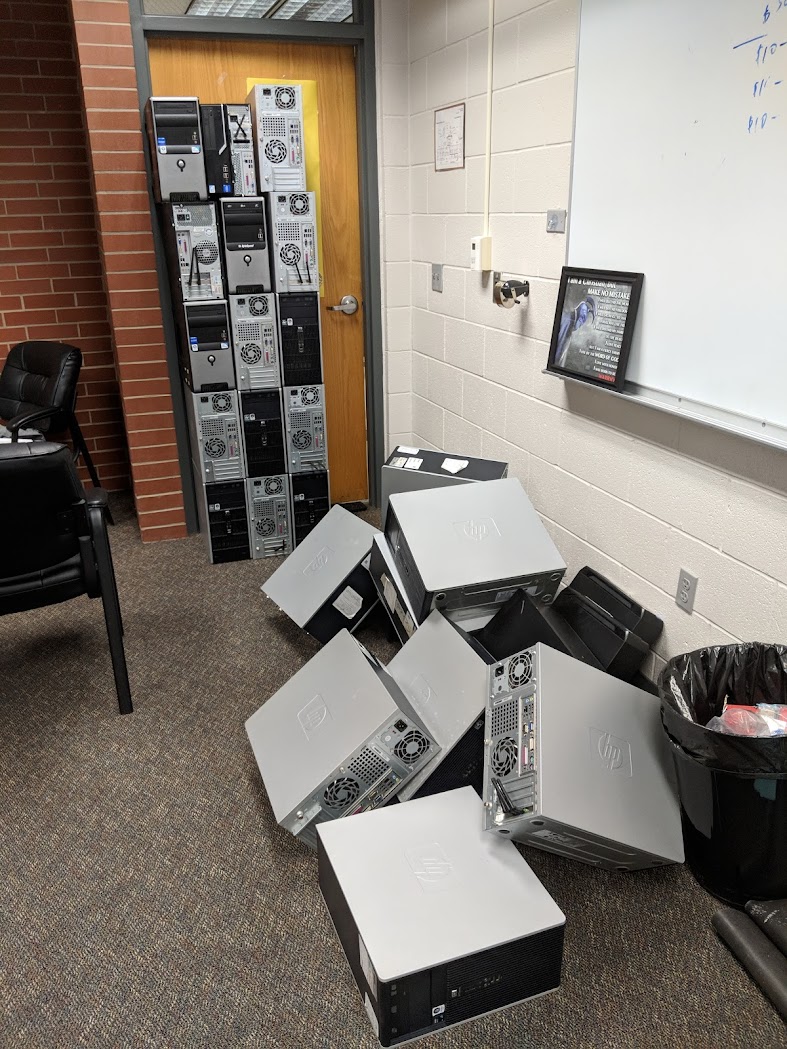 I had to wake up super early this morning in order to get to work before Kevin. I wanted to set up my GoPro to catch his reaction to the computers blocking his office door. Unfortunately he beat me there, so I had to rely on security camera footage instead. He managed to get in via the door between our offices, so he wasn’t too obstructed.

After lunch, he told me he had gotten stuck in there a couple times and had to call someone to let him out. Unbeknownst to me, the door between our offices had a key on his side of the door, and hadn’t been re-keyed to match any of our master keys, so he couldn’t get back out of his office except by moving some of the computers out of the way. I made quick work getting them back to my office, but it was fun while it lasted.

After work, I went to my parents’ for some fish soup, then had to go back to work to finish up on a computer that had been giving me trouble. By the time I left, I was ready to head home. I played a few rounds of PUBG with the boys, then it was off to bed.

“He wasn’t even mad! All of this was just for a prank!”