With no school today, we took the opportunity to install a bunch of touch panels. My group got four done, but not without some attitude. The others got three in a greater length of time but with a longer drive. I wanted to be proud. 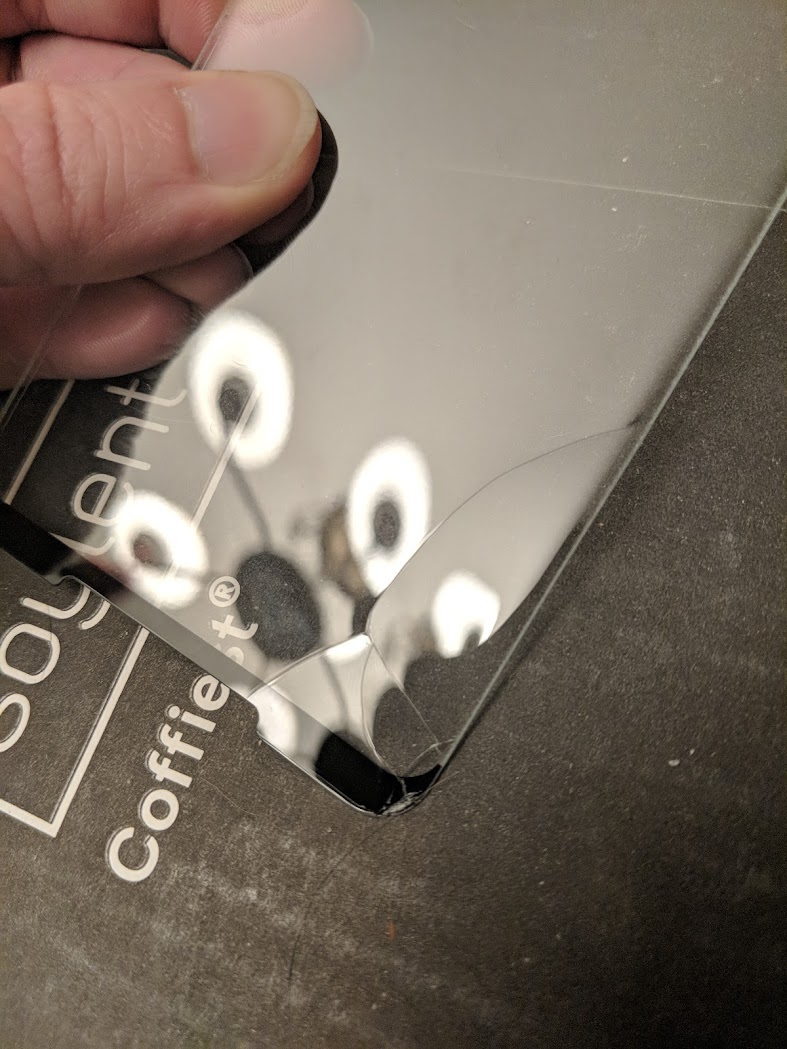 Jason, Allen, and I went to Big Red to try them out again for lunch. There was only one other table taken when we got there, so we had high hopes for speed of service. I got a 6-piece chicken strip dinner that I thought was pretty good. The strips were pretty large, and I probably would have gotten the 3-piece if I had known. With that said, one of my pieces was less than a third the size of the rest of them. I thought maybe they had given me two small ones, but they seriously gave it to me as one of my six, which really irked me. I felt too fat to complain about it there, but if it had been me cooking, I would have thrown that piece of chicken away before serving it to someone as a whole strip. It was embarrassingly small.

Ben let us go half an hour early, but I got on a roll with a printer issue and didn’t leave until later anyway. I stopped by my parents’ to clean up too much fish soup, then went to Summer’s to visit her miserably sick self. All four of them were there for a change, and we watched Serenity until the girls went to bed. I stood up at one point, forgetting I had put my phone in my lap, and dropped it face-down onto the hardwood floor. The tempered glass screen protector shattered in the bottom right corner and popped off the phone. Fortunately I didn’t get any scratches or anything else on the phone, and I had a spare at home. If the price goes down and I need another one, I’ll likely go for one with a UV-cured LOCA, because I go hard like that.

I guess it’s going around…