It was field day at the junior high today, so on top of being slow this time of year, I didn’t have anything new coming in. I decided to walk around some of the activities there, and had lunch from Subway that was brought in. School let out two hours early for our awards assembly at the performing arts center.

The guys left the shop earlier than I expected, so I was the last one to make it to the PAC. I mingled a little in the lobby, then found a seat with Summer and Miranda. Ryan got tech of the year, which was well deserved after all the work he’s been doing on just about everything that makes the rest of our jobs easier.

I stuck around and chatted with Becky for a little while until traffic settled down, and then headed home. On the way toward Hickey Park, I saw a fox run across the road from the school into the little meadow between the campus and the park. It had a squirrel in its mouth, which I kind of assume was dinner for some tiny fox babies. 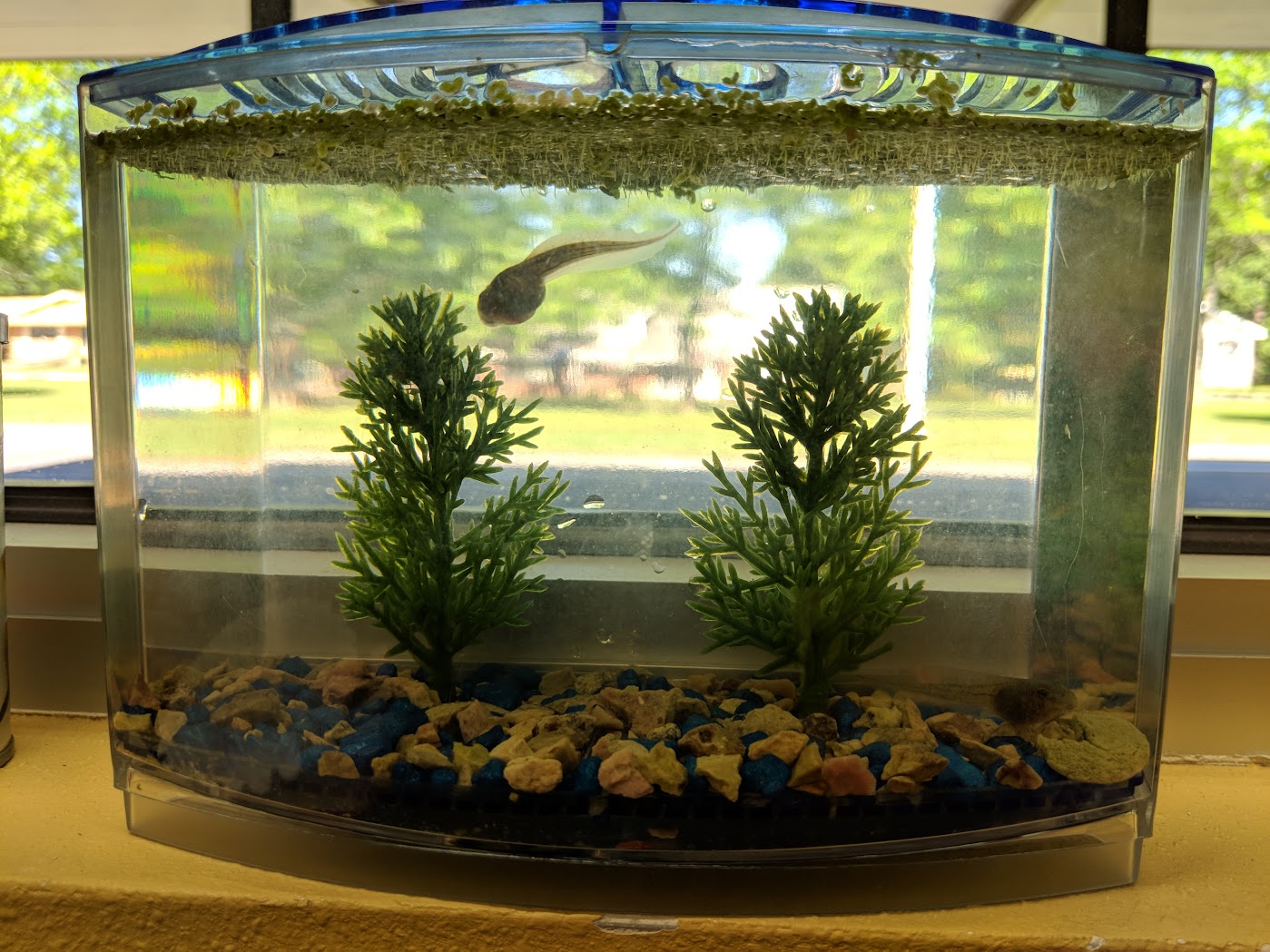 When I got home, I moved the rest of the tadpoles to the 55-gallon tank. I counted around 250 alive, and only really found one corpse. There were some others that didn’t seem too active, but there’s a ton of movement now that they all have way more space to swim around. I’m not sure what I’m going to do with over 200 frogs, but it should be entertaining. The pair I took to Oakland have gotten way bigger than any of the ones I have at home, which I guess is due to less crowding and better water quality. Hopefully the larger tank will fix both of those issues, though I still need to go buy some more filter media.

I drove through Wendy’s for a couple burgers on the way to Summer’s house. She baked some fries, and we watched The Office for a while. There was some leftover caramel apple pie from the bake sale that was super good too.

On the way home, I decided to stop at Walmart for some new batteries to put in my Nest Protect and a replacement lava lamp bulb for the one I broke in the library. Then I ran into Steven while I was looking at water hose nozzles. I see his dad around the neighborhood, but I haven’t seen him in years. Crazy how time works.