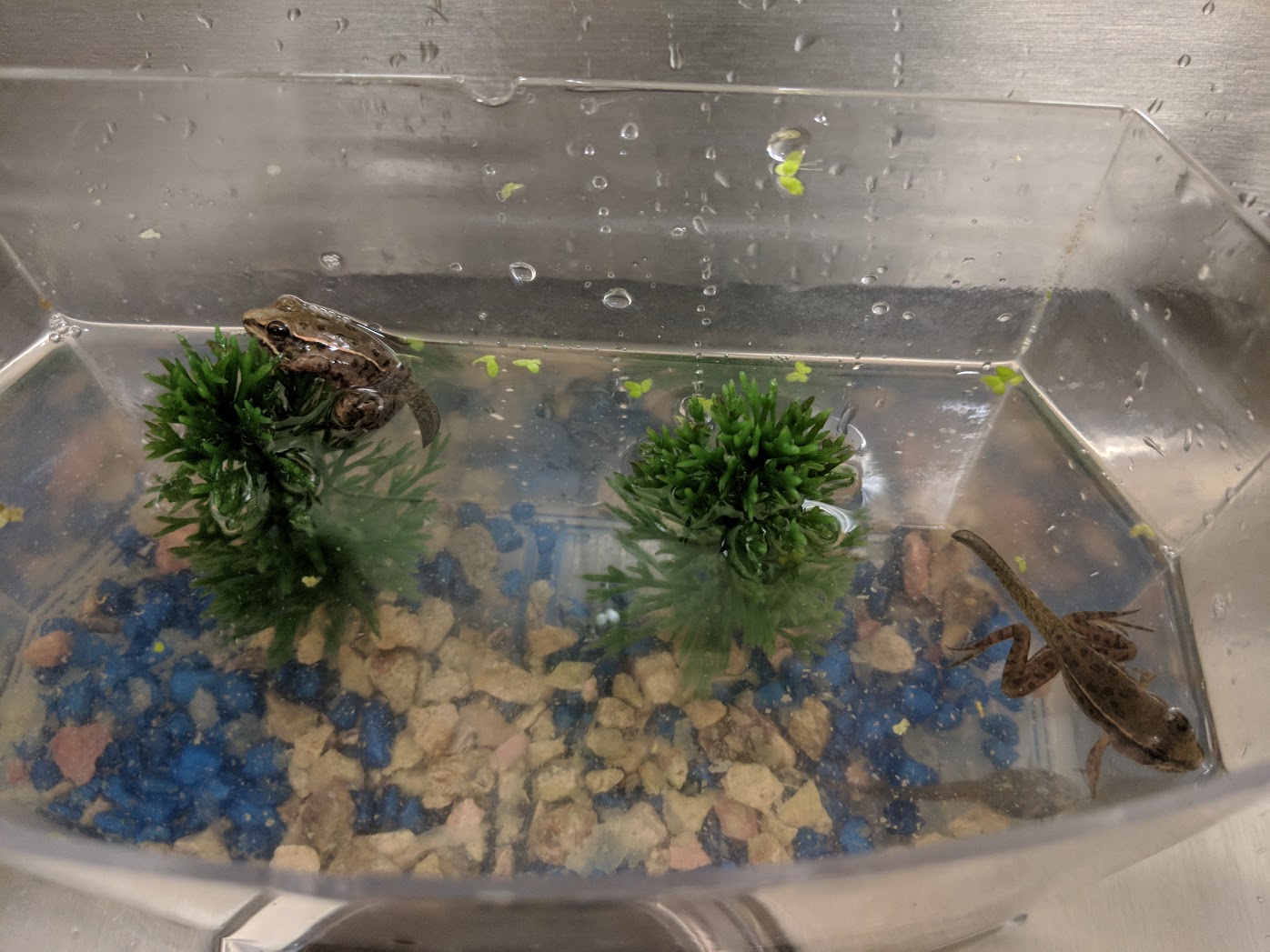 It was kind of an odd day at work today. I had to run to Oakland first thing to take care of some summer school stuff. While I was there, I found my tadpoles were more frog than tadpole. I’m pretty sure they ended up being leopard frogs. They’re going to have to be released in a day or two.

When I finished there, I met Amanda, Dale, and Allen at the middle school to hang a TV and clean out computers. I basically ended up dusting out an entire computer lab before lunch. I met Allen at KFC, then went back with him and Amanda to finish hanging the TV and rearrange another room. That move was so involved, it lasted until the end of the day even with all three of us. It was nice to have a group project where everyone actually kept busy.

After work, Summer and I went to pick up the betta from the library at the junior high, but Jessica had already taken it home because I took too long. From there, we went to Gardner to check out some discard stuff. We ended up taking every bit of it – two full-sized filing cabinets, two bookshelves, a kid’s table, and a couple raised monitor stands. It took us three trips to the junior high to drop off most of that, and then we took the table to Summer’s house for Eaddie. On the way, we stopped to pick up some Taco John’s because we worked up our appetites, then took it back home to eat over an episode of The Office.

There’s an ugly monster in my head that someone put there a long time ago.