I got up early this morning so I could go to the high school for our welcome back assembly. Breakfast was suboptimal. I got the last piece of real bacon. There was a ton of turkey bacon left though. It wasn’t the worst thing I’ve ever had, but geez. 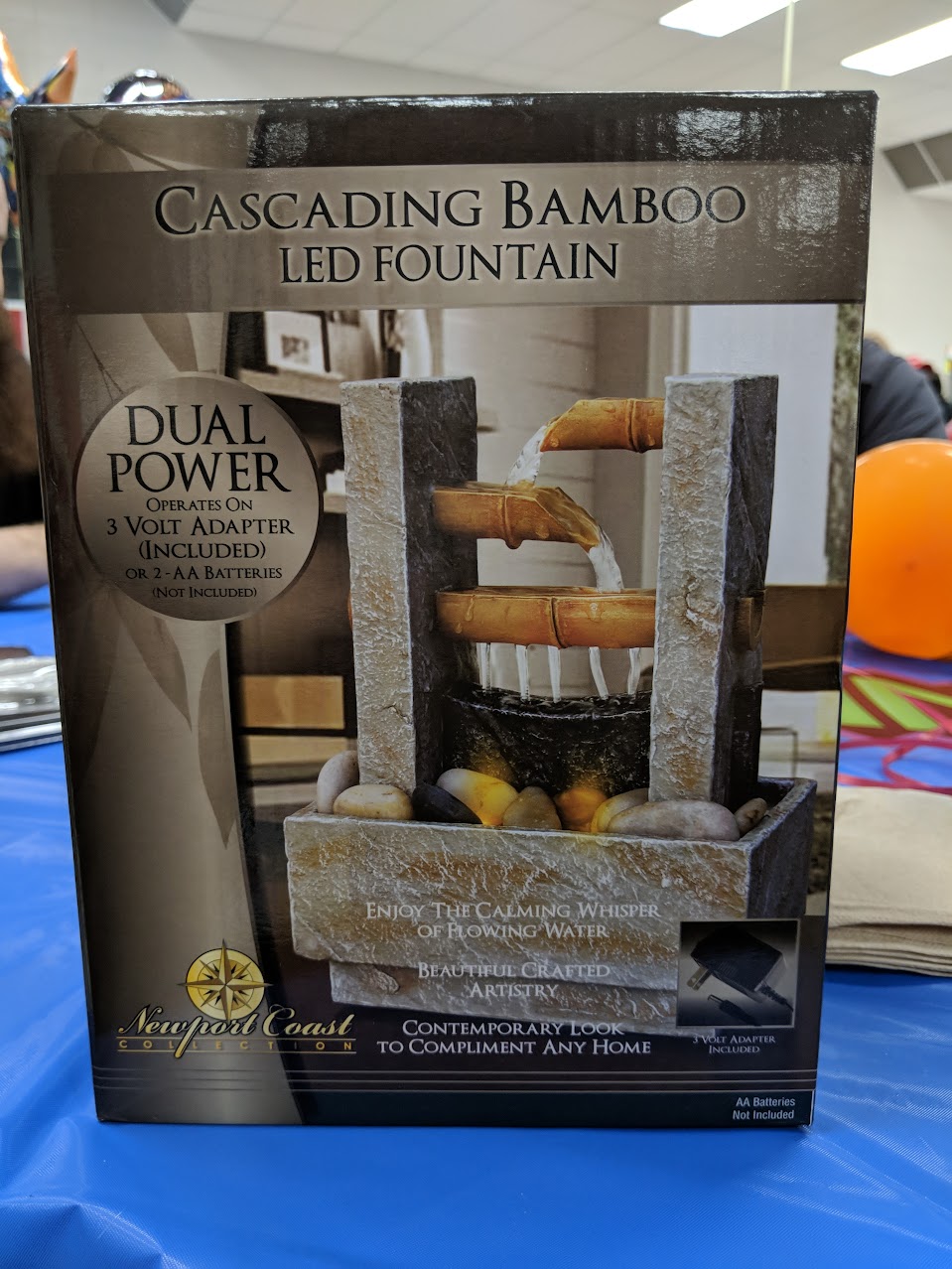 I actually won a door prize this year. Most of our table did. Allen, Heather, Jason, Dale, Gary, Ryan, and I all won something. I think Ryan’s $50 Leaning Willow gift card had the highest technical value/lowest personal value ratio possible. I made a joke about my prize being racist because of the bamboo. I didn’t realize they were just getting started.

The actual assembly at the Center was interesting. We actually sat through a live OSHA presentation this year instead of watching a prerecorded video. The guy giving the presentation was super old and southern to the point that I actually had some trouble understanding him. My favorite part was when he made a joke that he submitted a recommendation for a new HCS Pictogram for explosives involving a guy wearing a turban. I’m not one to shy away from off-color humor, but the balls on this guy to say it on stage in front of a mixed crowd. Holy. Shit. Just a few minutes later, he asked us to “pardon his French” for saying that a kid dying “sucks.” Priorities, I suppose.

After the assembly, Summer wanted to get lunch. She was craving Mexican, so we decided on Morelos. It wasn’t until the third one of my team pulled into the parking lot that I realized everyone happened to make the same decision collectively as they left the auditorium. I’m only just now realizing that this meant they didn’t invite me, but we all sat together anyway.

The afternoon was spent catching up on the massive influx of work orders I had been receiving all morning while we were at our mandatory meeting. The couple of things I tried to finish quickly at Oakland ended up taking a couple hours, which left little time at the junior high. I stayed a bit late, but I’ll still have plenty for tomorrow.

Summer had to stay for the open house, so I headed home and burned the entire evening.

I keep dragging around what’s bringing me down.