I tried getting everyone up a little earlier this morning so they’d be able to go to sleep tonight for the first day of school. The only plans we had were a bit of shopping. There were so many leftovers in the refrigerator that we didn’t bother making any breakfast.

Autumn was finally in enough of a helping mood to clean the 55-gallon turtle tank for Apollo. I showed her how to siphon the water out, and we went to my house to look for some old driftwood I had gathered some years ago. It will take some time for the wood to soak up some water and sink, but hopefully the turtle will be able to climb up on at least one of the logs we threw in there.

We left my house to go shopping, and all three of the girls were pretty cranky. Autumn had a fashion meltdown, and Eaddie just wanted to eat. We didn’t end up getting any new overpriced fashion sneakers for Autumn’s marching band, and all we did at Penney’s was return a ridiculously oversized 2XL shirt I picked up a few days ago. I was pretty hungry by the time that was over, so I let the girls talk me into some CiCi’s for dinner. I guess it was just hunger, because they were all playful and lovey as soon as they had some pizza in them. 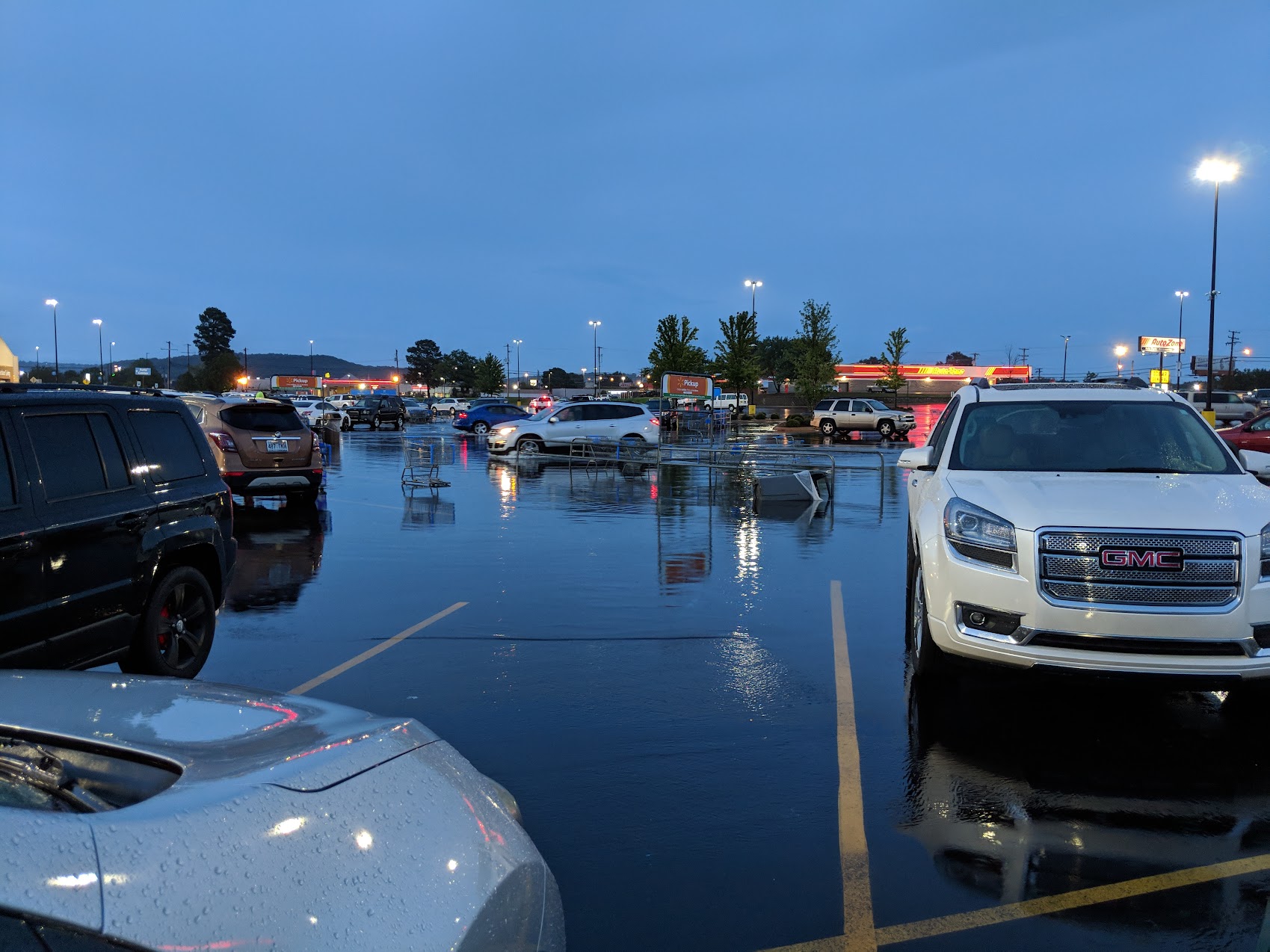 Summer was feeling quite a bit worse, so we all headed back to her place for a while before I took Autumn back out to Walmart to pick up some groceries for her school lunches. The trip took way longer than it should have for the few things she had to get, but I wanted her to lead the way and pay attention to what she was picking up so she could keep a mental note of how much it was going to cost. She only went over her $30 budget by $4, and that was because she picked up a clearanced phone case while we were there.

As we finished our trip, it started to pour outside. We heard the thunder from inside, but we had no idea how much water had actually flooded the parking lot. Luckily I parked on a bit of a hill, but several others weren’t so lucky, and had to trudge through several inches of water to get to their cars. I dropped Autumn off, then came home for the last night of the summer.

They will see us waving from such great heights.