Julie made a traditional American new year’s meal for lunch today. Summer took Eaddie to pick up the other two kids and get ready while I showered. When they got back, we took some apple pie moonshine and Exploding Kittens to Julie’s house.

My parents were running a little late, so Julie decided we should go ahead and eat to get a rotation going. My parents ended up coming over with some TV tray tables, and got just a slightly later start. The beans and cornbread were my favorite. The collard greens were okay with some hot sauce, but I wouldn’t recommend them over many other vegetables. They basically had to be made unhealthy to be palatable. Julie had some other friends filter in around the time we were finishing up, so the few of us played two games of Exploding Kittens before we left.

Summer took the kids to go to her parents’ house for a bit while Dad helped me load my old Vizio TV into the car. Allen called and offered to give me a bunch of homemade wine, so I took him some apple pie too. He had way more wine than I was expecting though, and we loaded it up in all of the floorboards of the car. 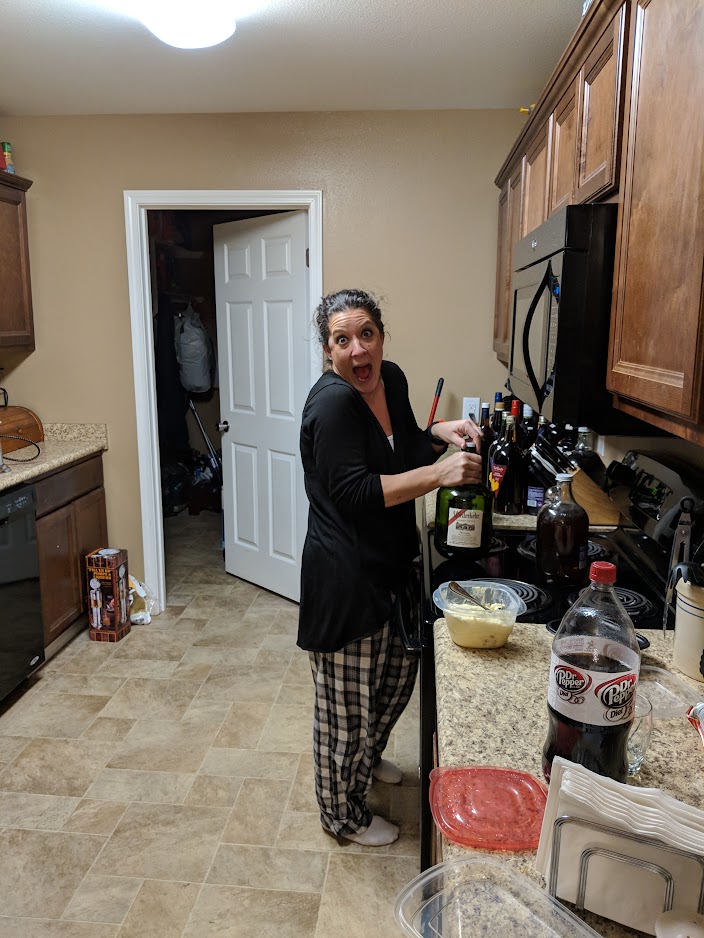 Once at Summer’s, the kids helped us unload the car, and Summer and I set the TV up in the living room. Autumn watched while the four of us played a team game of Mario Party, and then we started a game of Uno. I warmed up some leftovers for myself while we played, but we didn’t even get the game finished before everyone got bored and went back to Mario Party. The wine got us a little goofy, but it was a good time for everyone.

All that glitters is gooooold!