I woke up super stiff this morning with a tremendous ache in my shoulders. Somehow I’ve been sleeping poorly on my side with my arm up under my head, but I can’t ever seem to stay put sleeping on my back. When Summer got up, she stirred the kids and got ready for the gym. I headed home and messed with my one sleepy snail and finally got it to come out and eat some food after being sealed up for several days. That was a pretty good relief.

After my shower, I picked up Bác Vân and met Summer and the kids at CiCi’s for a BOGO lunch. They said something about national buffet day, but they had me at “free.” When Bác Vân finished, she decided she had to take Eaddie next door to Shoe Carnival, and ended up bringing her back with a new purse. When we all finished, we walked to Bath & Body Works for some significantly overpriced soaps. I had a coupon though, which knocked us down about 20%. Then Summer walked the kids to PetSmart while I gave Bác Vân a ride home.

I met them back at PetSmart to browse for a bit, but they were done by the time I got there. I picked up some baby crickets for the frogs at Oakland, took the others to their car, then took the crickets to Oakland to feed the frogs. Mollie had taken them home, so I had to just leave the crickets on her desk to pick up tomorrow. From there, I had forgotten to fill up on gas and had to drive back to the Shell. Evidently I had a pretty significant discount available, so while I trickled gas into the tank, I called Summer and had her meet me there to grab the last few gallons up to 20 that I couldn’t fit in my own car. 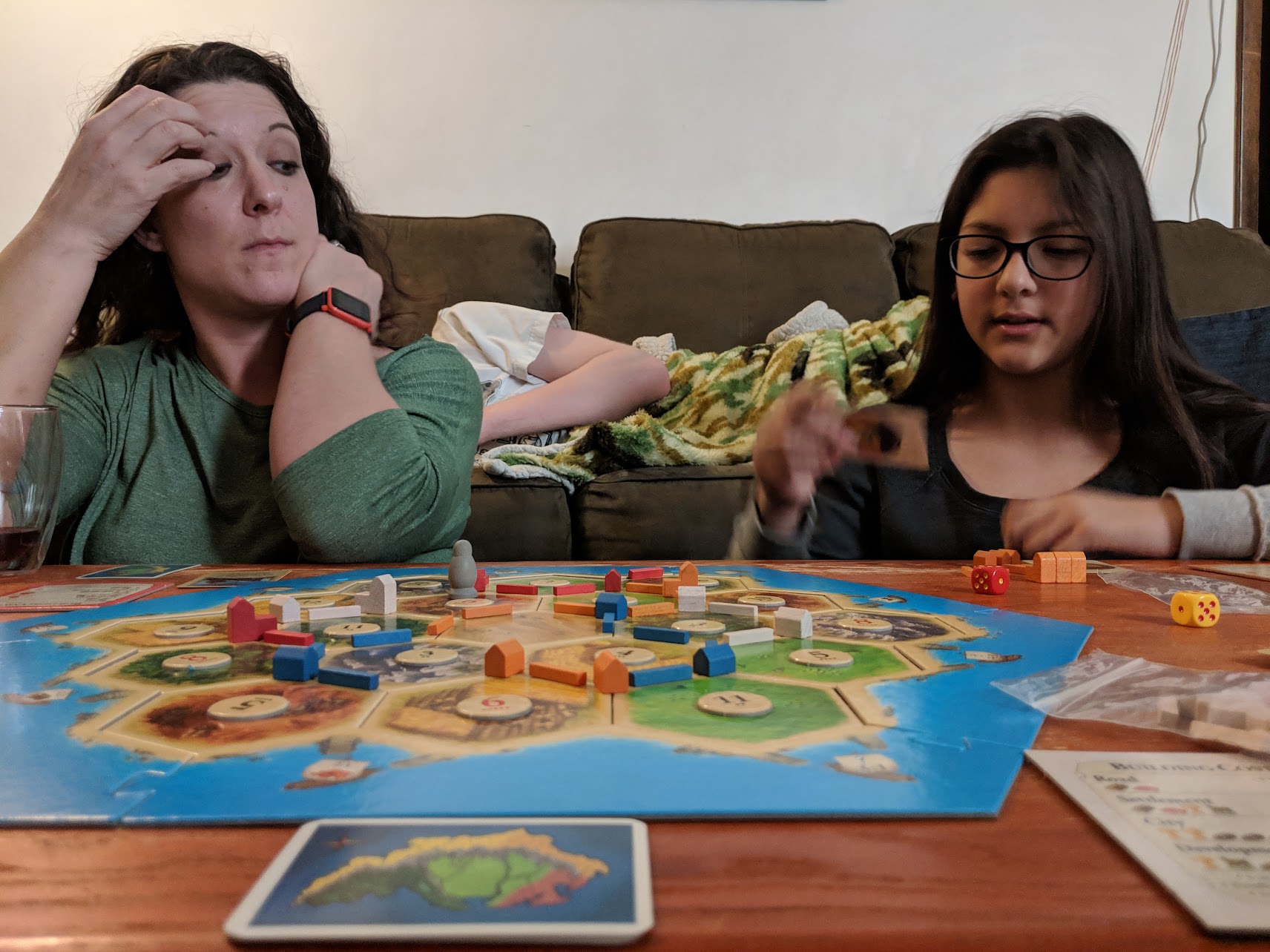 Finally, we all landed back at my house and played a game of Settlers of Catan. I thought I had the Seafarers expansion that would allow for all five of us to play, but it turns out it was only an expansion to the original game for 3-4 players, and I’ll have to buy two more expansions in order to make that work for 5-6 players. It was really tough getting everyone to listen to the rules, but once we got started they all seemed to really enjoy it. Even Eaddie got really into it, and ended up winning the game with an assist. We made one slight mistake with the spacing of settlements, so by the time we finished we were fed up continuing to play by our broken rules, but we’ll know better next time.

With the game finally done, the five of us settled in and watched Bird Box on Netflix. It was really good, really suspenseful, and perhaps a little too terrifying for the littlest. About two thirds of the way through, she gave up and went to the other room to play on her phone. The rest of us really enjoyed it though, and it’ll be interesting to hear in the morning if anyone has nightmares over it tonight. I think they likely pushed all of that out of their heads with their Mario Party as Summer and I went to bed.