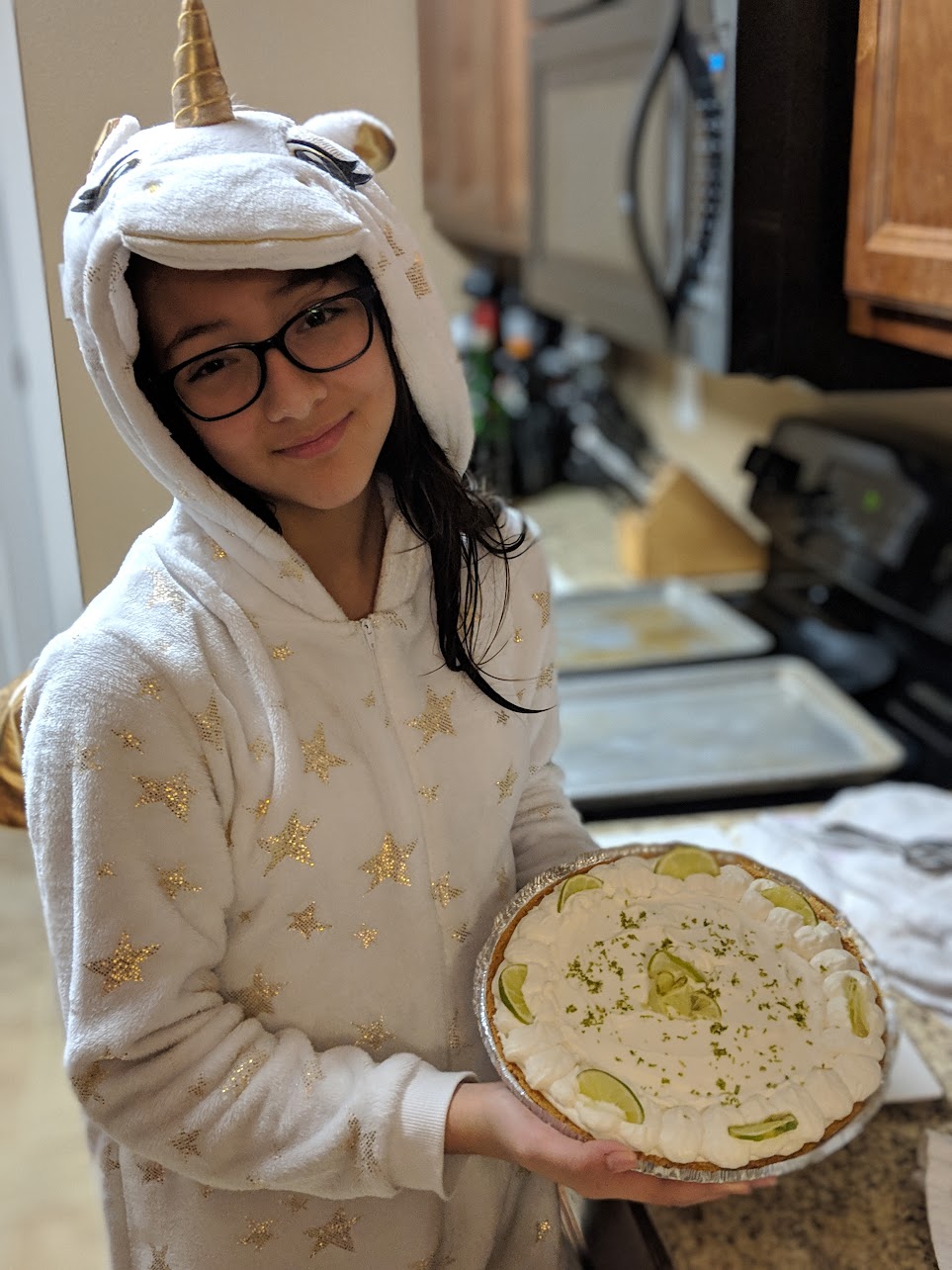 Like most of the break, we slept in a bit later than we wanted. Summer got up and made biscuits and gravy for breakfast, and we spent most of the day playing games either together or separately. It felt like kind of a waste of such a nice day outside, but Eaddie was the only one that even mentioned doing anything. I kept letting myself get caught up in my game of Zelda, and Autumn mostly stuck to her phone when Summer wouldn’t let her watch Criminal Minds.

The three of them did at least manage to finish building the game table in Autumn’s room. Then the other three of us played quite a bit of Mario Kart before Summer heated up a lasagna for dinner. The day went by pretty quickly, and everyone worked up a pretty good musk by the time the kids had to get ready for bed. We finished up with a lime pie that Summer and Eaddie made, and then the kids were off to bed for the school night.

I headed home and started a load of laundry I didn’t get to, and while that was going I noticed Clint, Keno, and Jack were all on playing Overwatch, so I joined them for a few rounds as well before bed. We finished up right before my laundry was done. I’ll have to get up a bit earlier tomorrow so I can be sure to have plenty of extra time for the new time clock procedure we’re implementing at work. It really must be great to have a contracted number of work days just like us and not have to worry about a time clock the way that certified employees don’t.

We’ve got to quit wasting breaks.