I noticed what looked like some baby snails in my bathroom aquarium this morning. I didn’t have a whole lot of time to check them out, but I saw what I thought were at least two different ones. I wonder if they’re offspring from one of my other snails, or possibly a tiny hitchhiker from the plant I bought last. They seemed too small to have been around since then, so I’m guessing they’re new.

I stayed pretty busy at work with a few new work orders and more phone swaps. Then I met Dale, Allen, and Gary at Kob Jai for lunch. I had the chicken pad thai, which was probably the best food I’ve ever had there, but that really isn’t saying much. The waitress asked how spicy I wanted it from 1-4. I asked for 4, and she kind of super panicked and kept trying to talk me out of it, so I finally relented after my comments about being Asian seemed to fly over her head. Turns out the level 3 spice was pretty tame.

Near the end of work, I tripped over some stuff in my office and took a pretty good spill over a pile of bad monitors. I just had to sit there for a moment to gather myself. I got both ankles and hands, so I’m sure I’ll be pretty bruised by tomorrow. 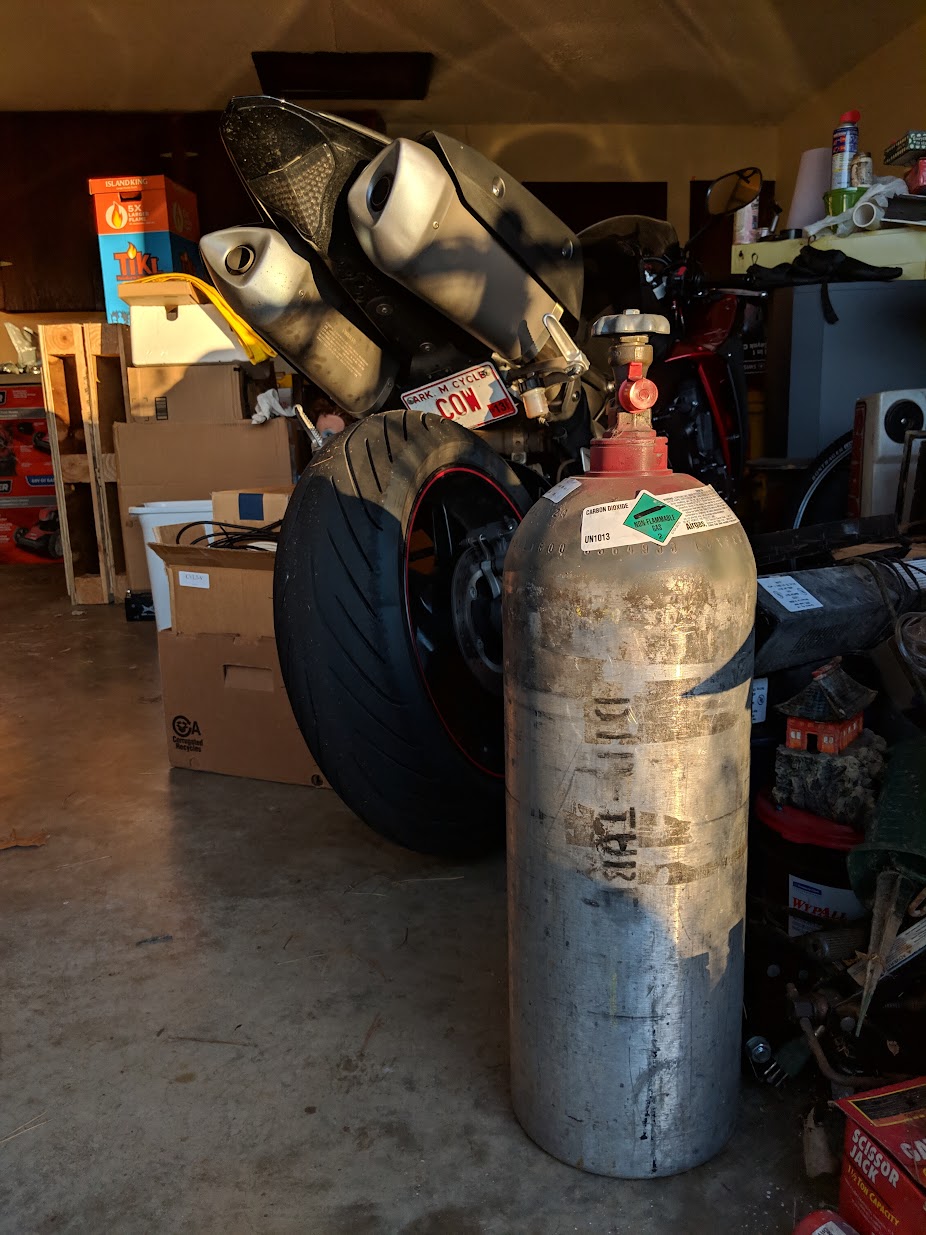 After work, I ran by Airgas and picked up a 20 pound CO₂ tank for $143. I was a bit nervous on the way home with it rolling around in the trunk, but I made it and got it unloaded into the garage. I was a little surprised how dirty the tank was for being sold as beverage-grade CO₂, but it was the only tank they had anyway. I had several packages come in all at once ranging from laundry supplies to aquarium test kits to a movie poster from Into the Spider-Verse. After unpacking everything, I hooked up the paintball refill station that had come in, and I was in business.

Unfortunately the paintball tank I filled seemed to have a pretty bad leak at the base of the pin valve, so I expect it will probably be empty by tomorrow. While I had it, I filled every single pressure-holding bottle I could find, and then ran to Walmart to try and pick up the remaining clearanced SodaStream bottles. I only grabbed two pairs the other day, and they only had one left, so I was glad I didn’t wait any longer. That brought my total bottle count to 9, plus some other glass bottles I refilled from the SodaStream bottles. I thought about just dropping the tank into one of my aquariums so the plants could use it while it leaks out, but instead decided to leave it in the freezer with the hopes that I’ll have some left tomorrow.

This all seems horribly dangerous.