Summer was super sick all day, so I just sat around with the kids all day. Autumn came out and watched Criminal Minds while Eaddie played Mario Odyssey all day. Summer ended up going back to bed and slept most of the day while we just sat around bored. Eventually I shut everything down and tried to get the kids to do something else constructive, and they went to clean up their rooms a bit. Eventually I went home to clean up and figure out dinner.

I cleaned up after the cats and did some partial water changes on the tanks. One of the lights on my 55 gallon tank had gone out, and I figured out it was the bulb and the starter. Luckily I had a spare from Julie’s tank, so I got it running again. After a shower, I went to Walmart to pick up what I needed to make red beans and rice in the Instant Pot.

Back at Summer’s, I got dinner going while they watched TV. It took me a bit longer than I expected, so I cut up some summer sausage and cheese to eat on crackers as a snack while we waited. Once I could relax and let the food cook, I propped up against Summer and watched the first episode of the first true season of Battlestar Galactica. That ran both of the girls off to their rooms, so we just finished the one episode before dinner was ready. 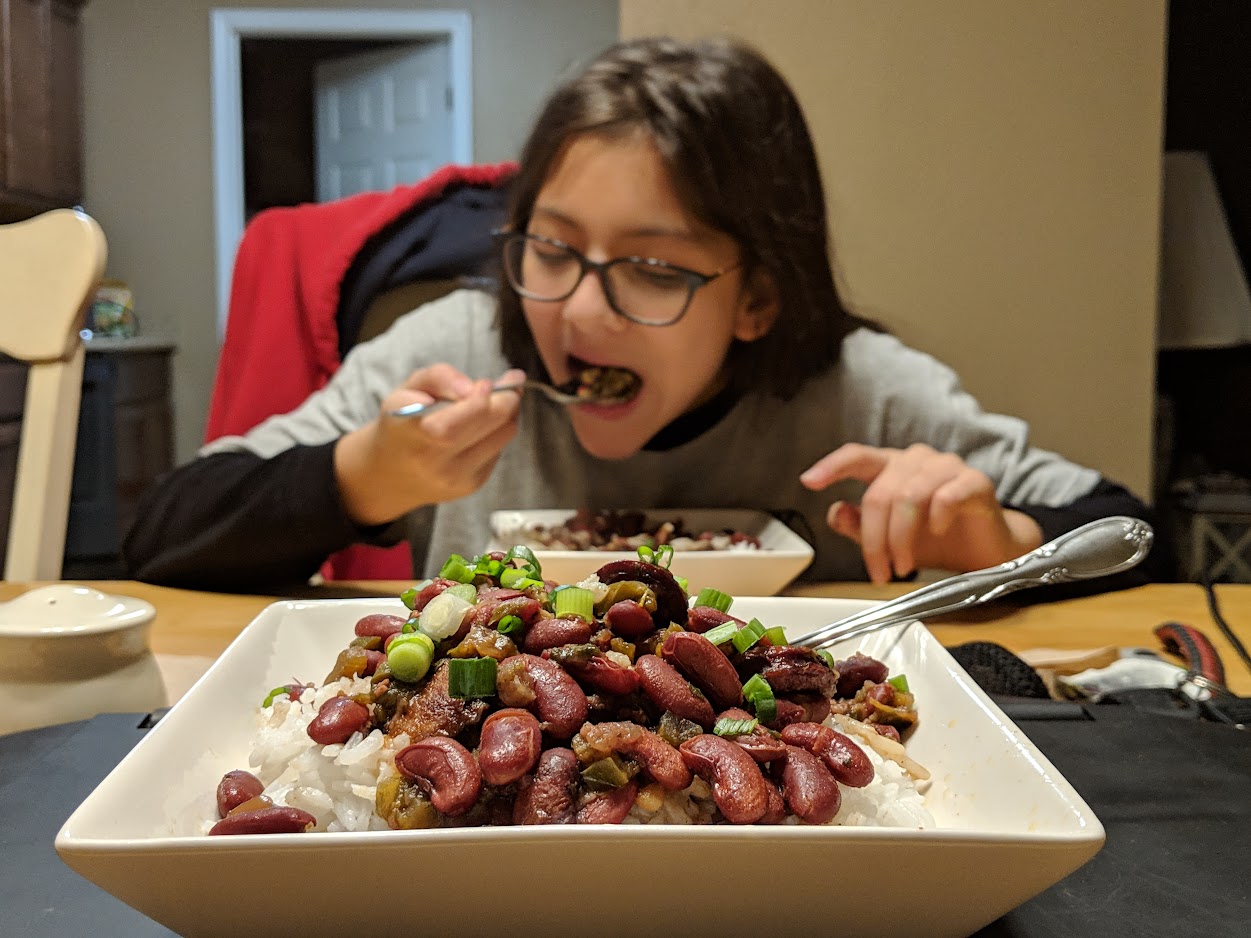 Autumn snapped at Eaddie when she tried to fetch her for dinner, so Summer didn’t let her have any. The other three of us sat in the kitchen to see how I had done. The beans seemed slightly undercooked again, which was a little frustrating. It wasn’t too bad, but it definitely could have used some more time. I don’t know why dry beans are requiring so much more time than the recipes are calling for, but I’m afraid if I start off that much longer, they’ll end up mushy. It was still plenty edible though, and Eaddie seemed to like it pretty well. There were quite a few vegetables in it, so it seemed at least a little healthy.

After dinner, the girls pretty much went straight to bed. Summer and I went to the bedroom and watched an episode of Parks and Rec before she really started feeling the Nyquil. I emailed work to take a half sick day to help out getting the kids to school and stuff. Hopefully my sinuses don’t flare up more overnight.