I had to run by the junior high first thing this morning to help with a student’s laptop for use with online classes. It’s a new thing for us there, and nobody seems to really know what they’re doing. It was still a little disappointing to work on it for an hour before having the student come down and find out she was just looking for her test in the wrong place though.

A bunch of us met at Ruby Tuesday for $5 salads. Brice joined us but didn’t like their salad bar, so he had to be different and order food. I was just upset that they got rid of the hummus and the raspberry poppyseed dressing. I loved that stuff. I had so many crackers but nothing to dip them in.

The afternoon went by pretty quickly as I stayed busy gathering up loose ends. Tomorrow morning, Jason wants to work with me at Oakland to figure out their cafeteria sound system. That ought to be entertaining.

After work, I took Eaddie to Summer’s parents’ house where she was having issues with her car battery. They had to take her mother’s car to Autumn’s appointment in Little Rock, but everything turned out alright. She took the girls to karate and then brought her car over to hook up to my battery charger.

I had a coupon for a free pizza from Papa John’s, so we picked that up and watched a couple episodes of Parks and Rec before she had to head home. The girls went out to eat with their father, but would be home before too long. 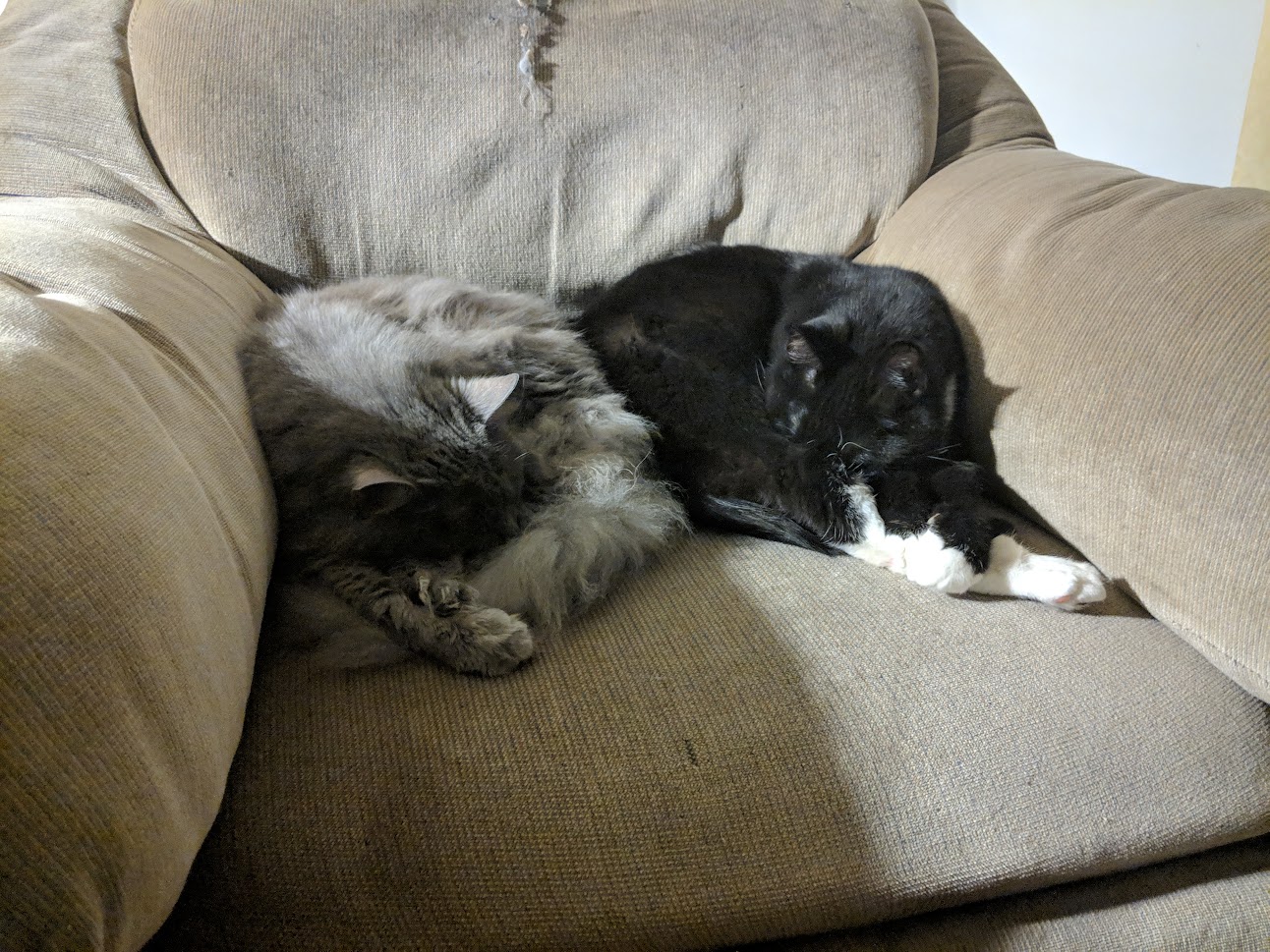 I guess they think it’s cold in here.