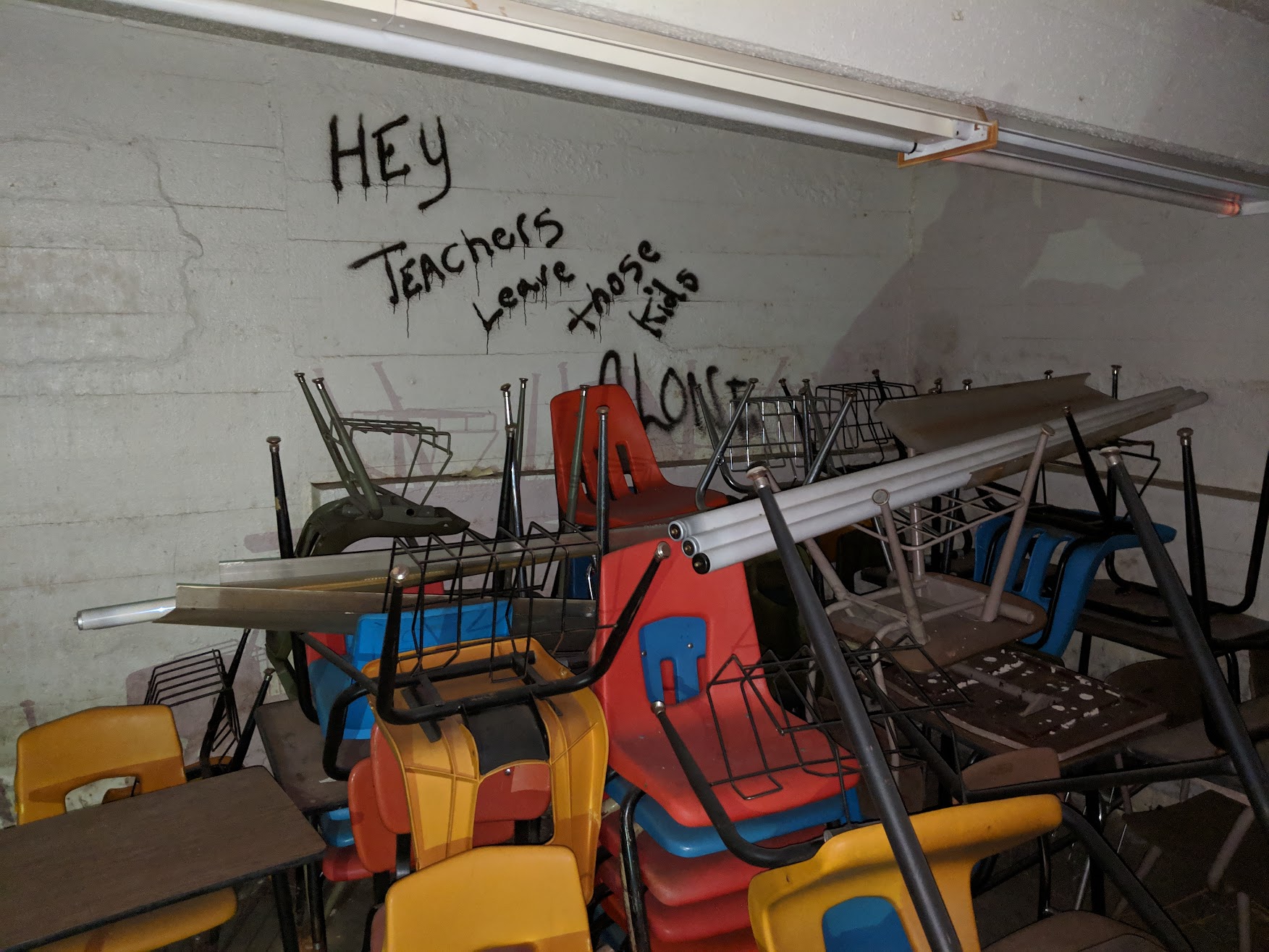 Gary had to help get League of Legends to work again this morning. I guess they moved some DNS entries around on their update server, which broke SSL encryption for us again. I’m mostly just parroting words, though. He made the blinky thing workie again. Then he took me to the other basement.

I met Allen at KFC for too much food. I still wish they’d reinstall a tray rail along the buffet. They’re just asking for trouble without it. Then I spent the afternoon at the junior high contemplating organized sports. Being under the AAA umbrella means that players can only play for four years, which means 8th graders can’t actually compete. Fortunately that doesn’t seem to mess me up too badly, because I don’t think anybody has actually stepped up to play in the tournament yet. Matt wants to just throw a couple kids in, but all I see is throwing money into a hole.

After work, I wasn’t hungry enough for phở, so I skipped going to my parents’ house and went to Walmart in the rain to get Grey some wet food. On the way out I drove past a guy with no legs scooting himself across the parking lot between cars on a skateboard, so I’d say things are going pretty spectacularly for me.

Back home I got Grey to eat a little bit before trying to play a custom game of League of Legends with Kang against some bots. For some reason it ran horrendously on my computer, and I just left frustrated. I don’t understand why it drops so many frames, yet Overwatch, Rocket League, and even PUBG will run fine. Generally upset about my computer, I got up and did the dishes and then came back to play some Overwatch with Jack and Johnny, and then Clint after Johnny left. Still fewer wins than expected. Must be tired.

“I don’t listen to a whole lot of classic metal, but if I decided to explore it more, I would definitely listen to more Metallica.”