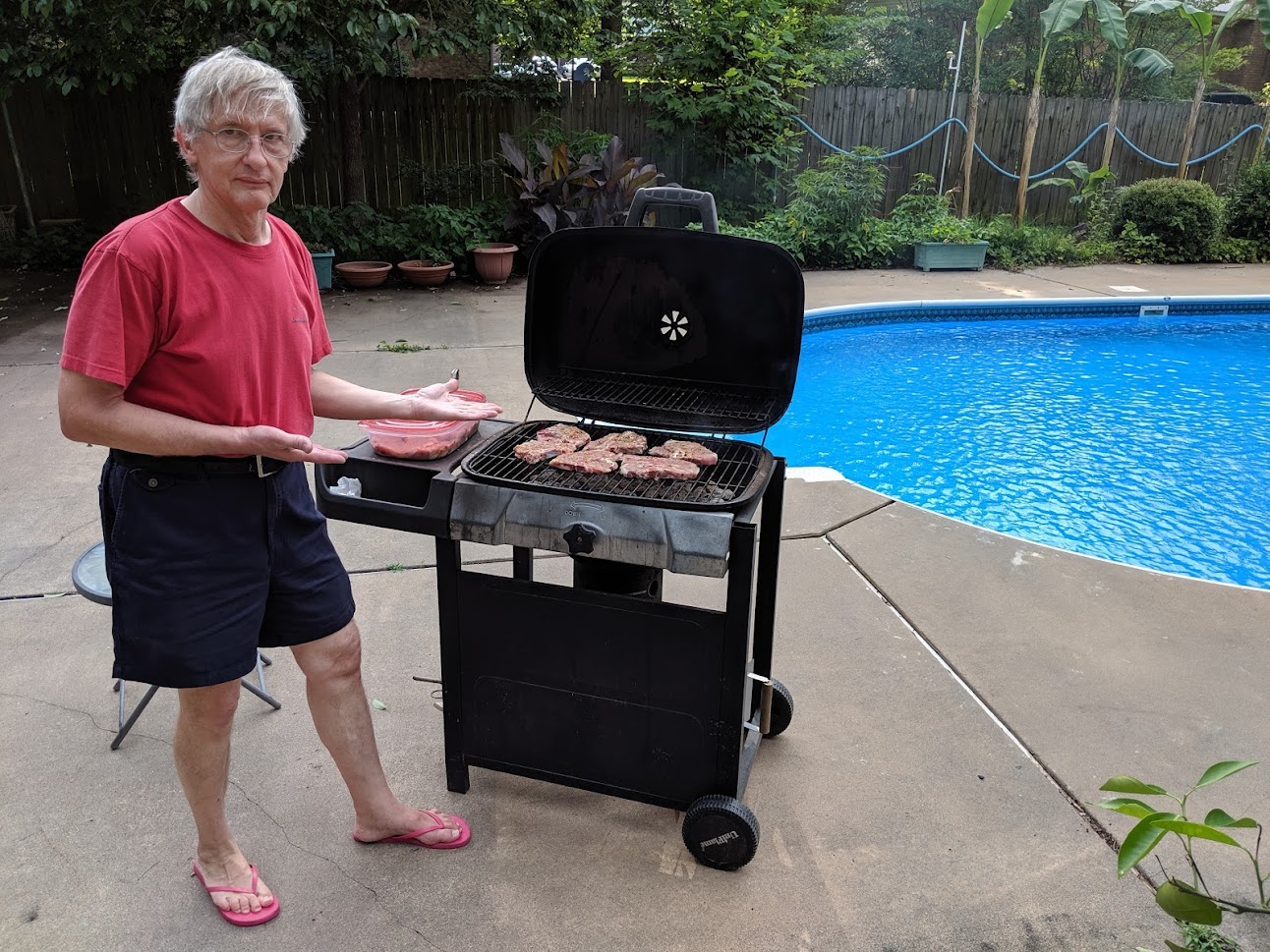 We were sent out to hang touch panels and do random campus cleanup tasks this morning. It took us two trips back to the shop to get everything we needed, and even then we each had plenty of time to sit around while someone else was doing the work. I would have appreciated a break if I didn’t feel completely overwhelmed and behind in cleaning and moving between campuses.

Allen, Amanda, Zach, and I all went to Ruby Tuesday for $5 salads, and I ran into David there again. I told him we must be living right to be seeing each other this much after all this time.

I had to run to Oakland to take care of something right after lunch, but then I met up with the others at the middle school again, where we completed the two touch panel installs and then removed a bunch of hallway TVs for the painters. We ended the day blowing out computers, which would have been fine, but doing an entire lab at once with three other people made the air completely unbreathable. I would have preferred to just do the lab by myself. 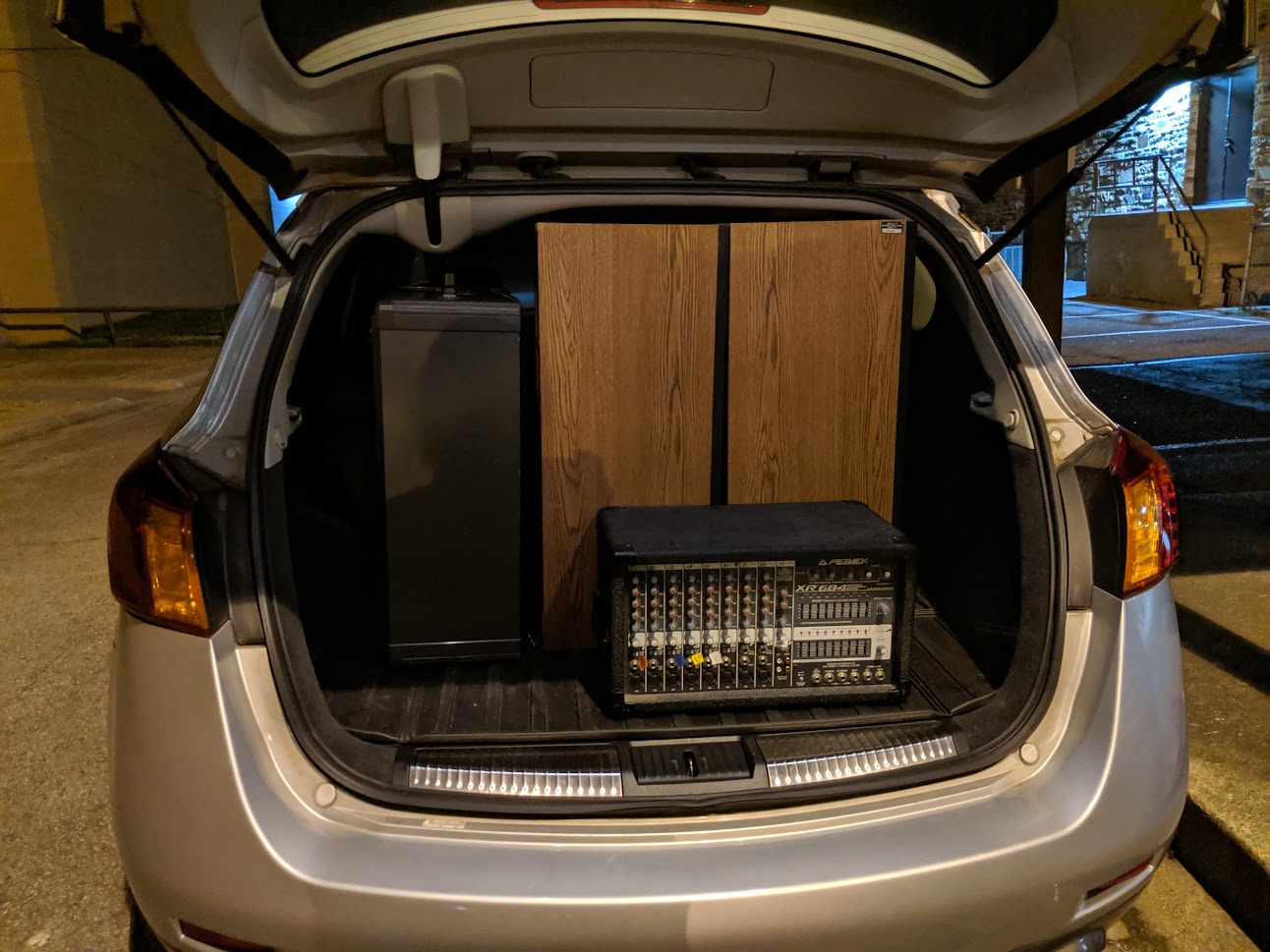 Summer had to work late, so I ran to get the girls and take them to karate, and then went to my parents’ house where Dad was grilling pork chops for noodles. Summer met us to eat once she got off, and then Dad and I went to the graveyard to rummage through the pallets of stuff that was being thrown out.

I was out there for several hours, and ended up with a couple giant speakers, a karaoke machine with cassette tape and 8-track players, and a couple beefy amps. To make me even more crazy, I saw the JBL 530 bookshelf speakers on sale when I got back to Summer’s, but she wouldn’t let me get any more. Some people seem to think I have a problem, but I’m just not hearing it.

They thought I wouldn’t find it… but I did!