I got to pull away from the low priority nonsense that’s been going around so I could deal with the more important stuff. Gary and I spent all day at the high school coming up with a process to create boot disks, breaking only for lunch at Wendy’s with Zach. It wasn’t stressful work, but we weren’t quite at the stage where we churn through hundreds of laptops yet either. At the end of the day, I finished up and then rebooted the computer as usual. Unfortunately I didn’t notice that I had forgotten to take the boot disks out of the USB ports, and the computer immediately booted back up and wiped itself. 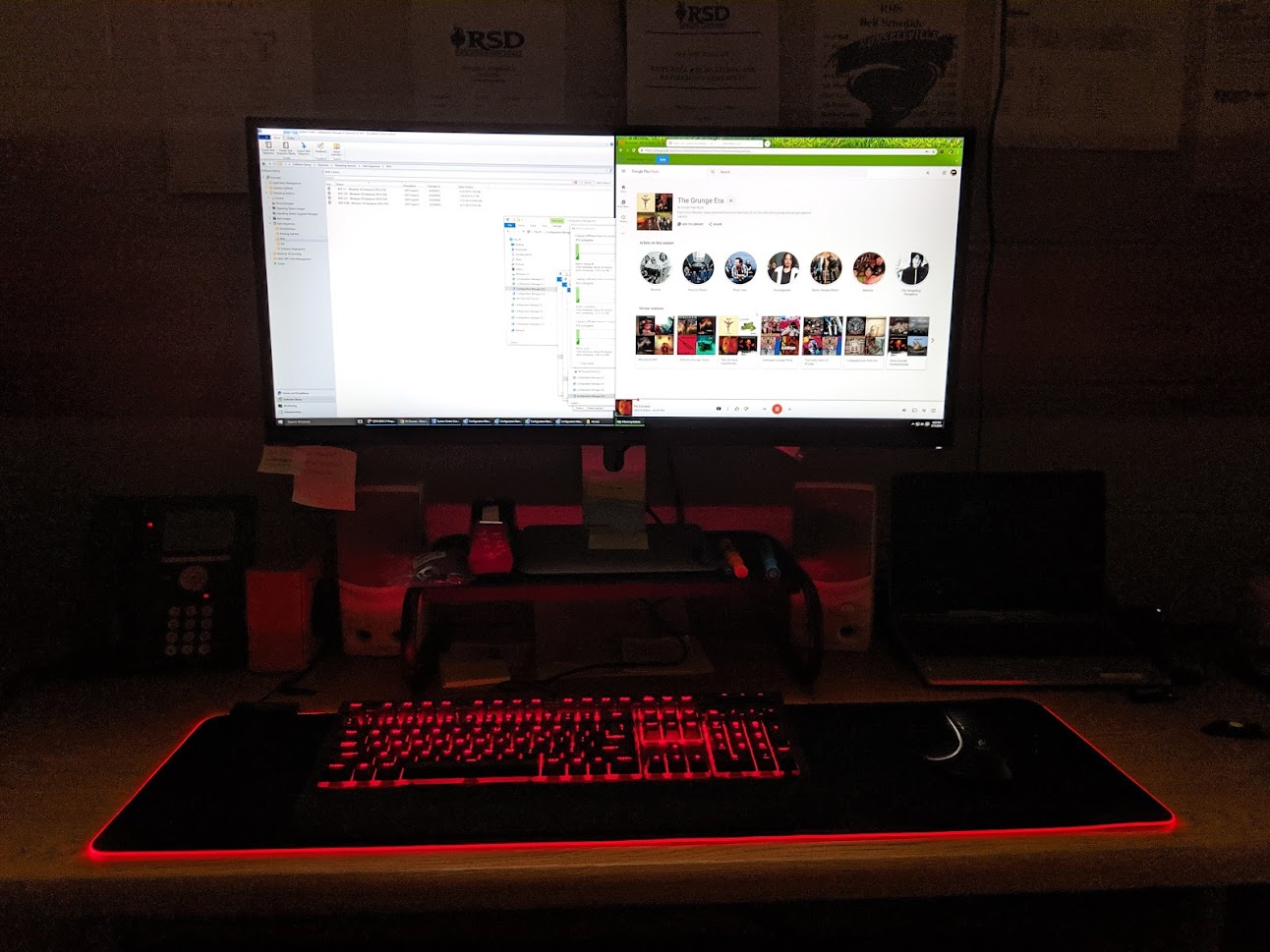 After spending so much time making sure we copied all the files Dale saved for me, I wiped it all away in just an instant. I’ll have to pull the hard drive and try to recover some of those files, but I have a feeling that most of them aren’t that important. It’s still a good lesson in keeping important things off of the local machine though. I had been thinking about getting rid of the desktop and going to a docking station setup anyway, so this just kind of forced me along into trying that out sooner than I expected. I was so initially upset by my negligence that I decided to go ahead with rearranging the office. I stayed super late moving things around to how I wanted them, and I’m not even sure how long any of it will stay. At least it’s left in usable shape for tomorrow morning.

Summer left Eaddie with her parents and came to stay the night at my house. I hadn’t planned to eat because it had gotten so late, but then felt so hungry by the time I actually left, so she picked up some Taco Bell for us. I ate some, and then did some quick water changes in all of the tanks just to try and help out my recent negligence. That seems to be a running theme lately.

Are you leaving those here? Are those your own personal speakers??? Can you even hear me??????