Senior laptop handout day was finally upon us, and overall things went swimmingly. Gary and Zach came to help, but we really didn’t even need two more people there. My intern was pretty worthless, which was super disappointing. I would have liked for him to try and be a little more involved, and maybe he was just too shy, but I expected him to do more than sit in a chair by himself on the other side of the room for five hours. He was willing enough to help if I gave him a direct request, but otherwise he just didn’t have any ambition for anything at all.

Ben and Melinda brought Papa John’s for lunch, and we pecked at it while we worked. We ended up handing out just over 200 devices, which I’m told is good for seniors. Evidently a lot of them just wait until the start of school to get them. Tomorrow should be busier, and then Friday will be an all-day affair with kids that are brand new to the 1:1 program. At least they’ll be people I recognize, so I think that will help. 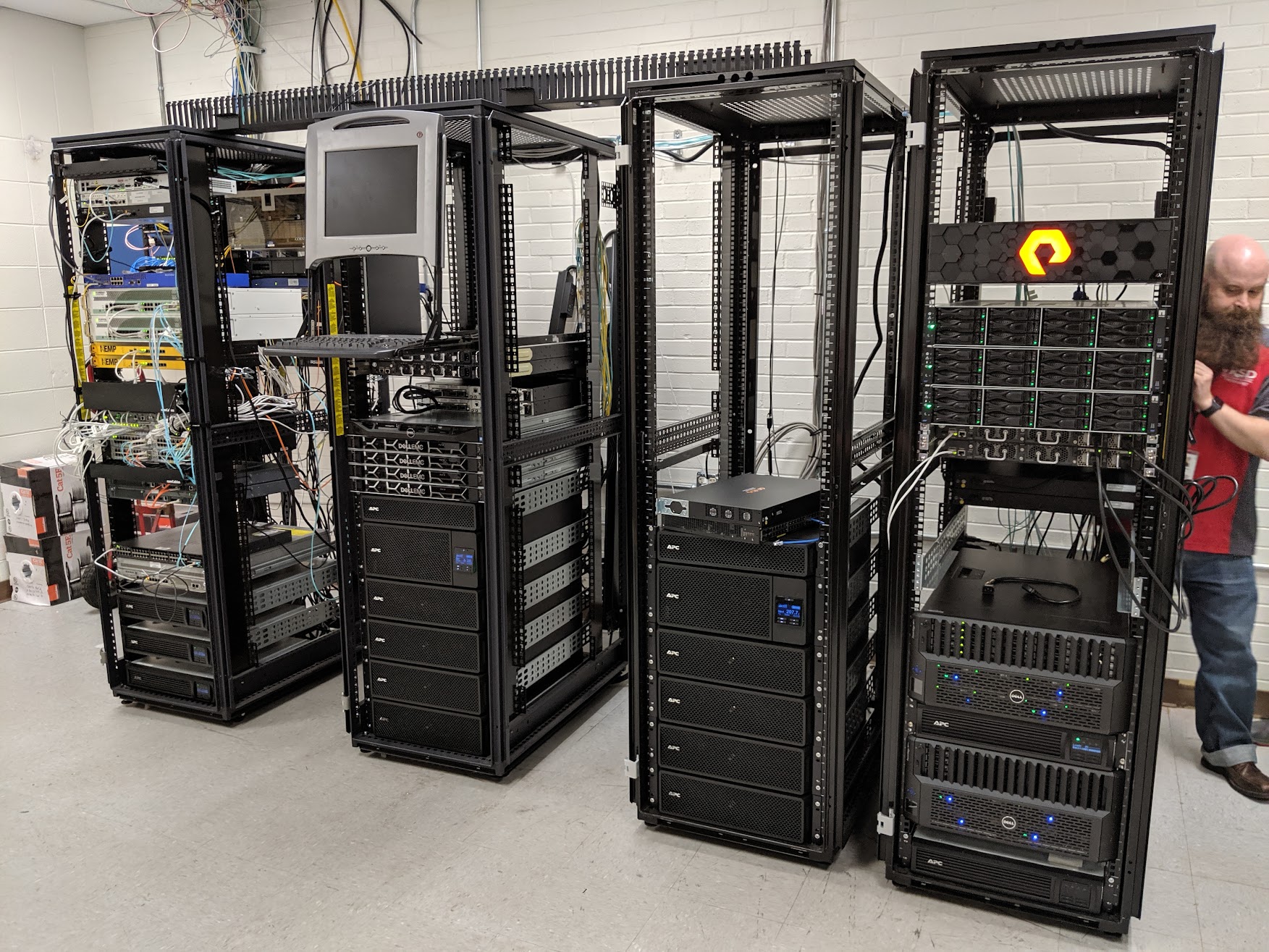 After we finished with the laptop handout, I went back to the shop to help Gary, Zach, and Ben re-rack some server equipment. We were able to eliminate one rack entirely in our consolidation, though in the end I’m told that some of the stuff we moved is only temporary until we can move it to another campus. It would have been nice to just move it once, but I guess that’s not how we do things. I was really happy to get to play with it though, so I shouldn’t complain too much. It was fun in spite of how much work it was, and really I didn’t have to do any of the really hard stuff.

I went straight to Summer’s house when I left, and brought the leftover pizza for them. I ate Autumn’s leftover sandwich from her boxed lunch last week, and then came back home for a quick unwind and early bedtime.

Are You There God? It’s Me, Margaret.