Summer took the girls to the high school for a 5k color run this morning. I ate a few leftovers there before heading home to clean up. I’m pretty sure I lost one of my ghost shrimp, and I couldn’t ever find any of the berried ghost/amano/whatever shrimp they were. I don’t know if they’ve been hiding, or if they dropped the eggs, or if they perished as well. I didn’t want to disturb the tank too much, but it didn’t get as busy in there as it usually does while I did a water change. I guess I’ll just let it be, since it’s fully established with decent parameters.

Summer dropped the girls off with their friends around lunch time, and we headed toward Conway. We were pretty hungry and decided to stop at Yesterday’s in Morrilton so we wouldn’t be eating too late in Conway. On our approach I was worried it would be more bar than grill, but once we got our food I was convinced. The appetizer sampler with fried green beans, pickles, mushrooms, and cheddar was amazing. Summer’s chicken and grilled vegetables were great. My chicken fried steak was a bit tough but not bad. The loaded mashed potatoes were stellar. Even the toast was delicious. It was a great date that we both needed.

As we came into Conway, Summer arranged for us to get a carwash at the Splash since she wanted to visit her employee that was on loan there and get a tour of the place. It was a pretty cool experience, but odd to see the lube side completely dead. I don’t know if it’s just a bad location or lack of marketing, but there wasn’t a single lube job done while we were there. It was awesome getting the car washed inside and out though. I think I still prefer to maintain it myself, but every now and again this would be nice just to dust out the whole vehicle. 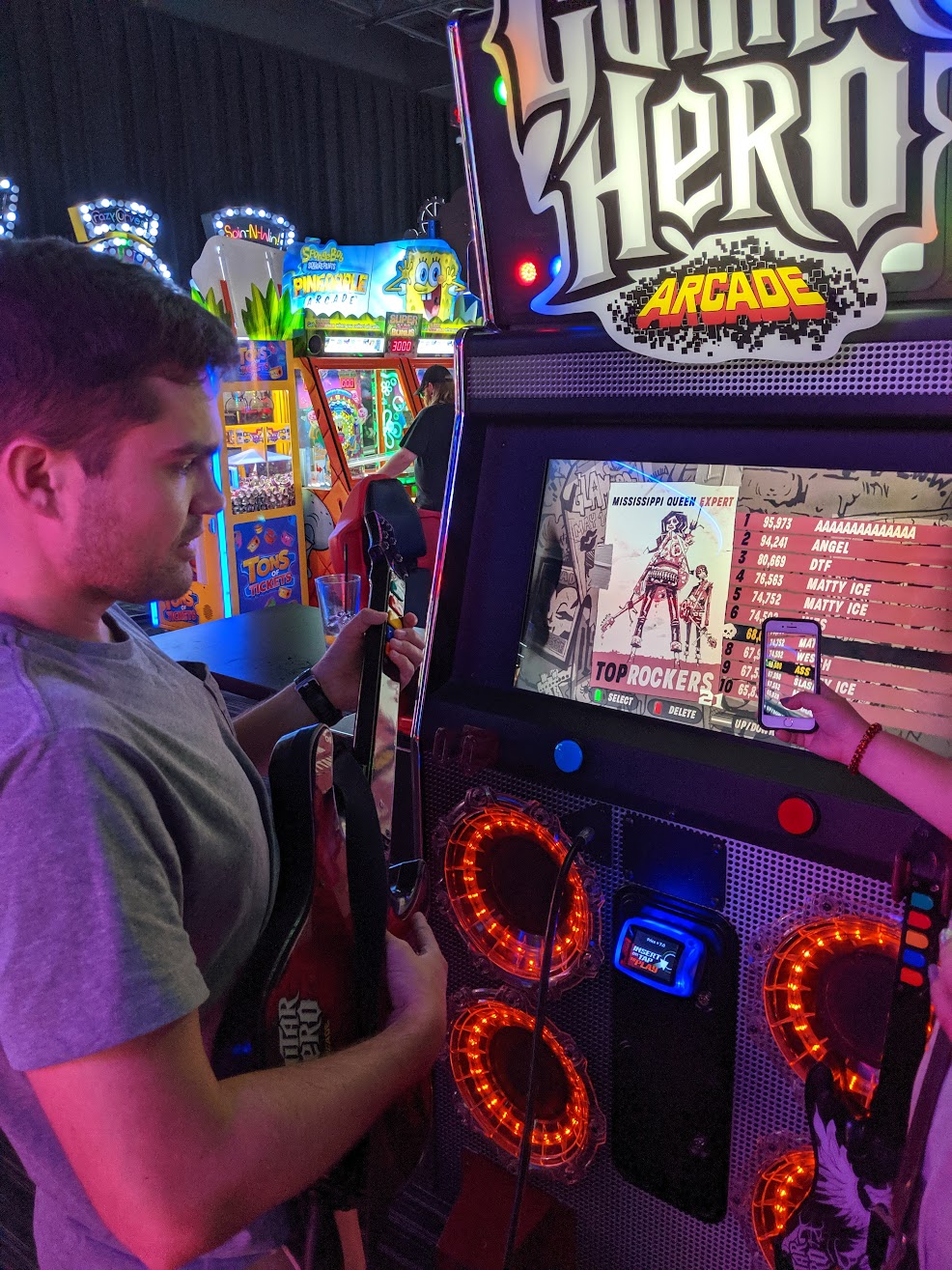 From there we went to Andy’s for some frozen custard, and then killed a bunch of time at Kohl’s. I spent forever looking through the clearance sections, but didn’t find much that was marked down enough. I almost picked up a jacket or two, but decided against it after remembering how little I actually go out in the winter for long enough to need one. It was already getting a little late, so we went straight to Sam’s after that and ended up picking up a bunch of bath towels for her.

Hannah and Dylan were slow to respond as usual, but eventually we managed to meet up with them, and we went on to Little Rock for Dave & Buster’s. We did a Jurassic Park VR adventure that was pretty awesome and didn’t cost as much as I expected. It really just made me want a VR setup at home, but I keep hoping an esports budget or stipend will help to fund that. We wandered around the midway until we all ran out of credits, then hit a Wendy’s on the way home since we never really stopped for dinner. We were both exhausted from a long but great day, so it was straight to bed once we got home.