Summer had a 5k this morning, so I slept in as long as I could before getting up to cook for Thanksgiving. I decided to make the broccoli, rice, and cheese casserole in the instant pot just by using the sauté function for most of the cooking, and it went pretty well except for the moment where I sealed the boiling broccoli. I think I ended up adding too much rice too, but I was afraid it was too saucy. Summer mashed some potatoes and made her fruit salad, and we rounded up the girls to head to my parents’ house. 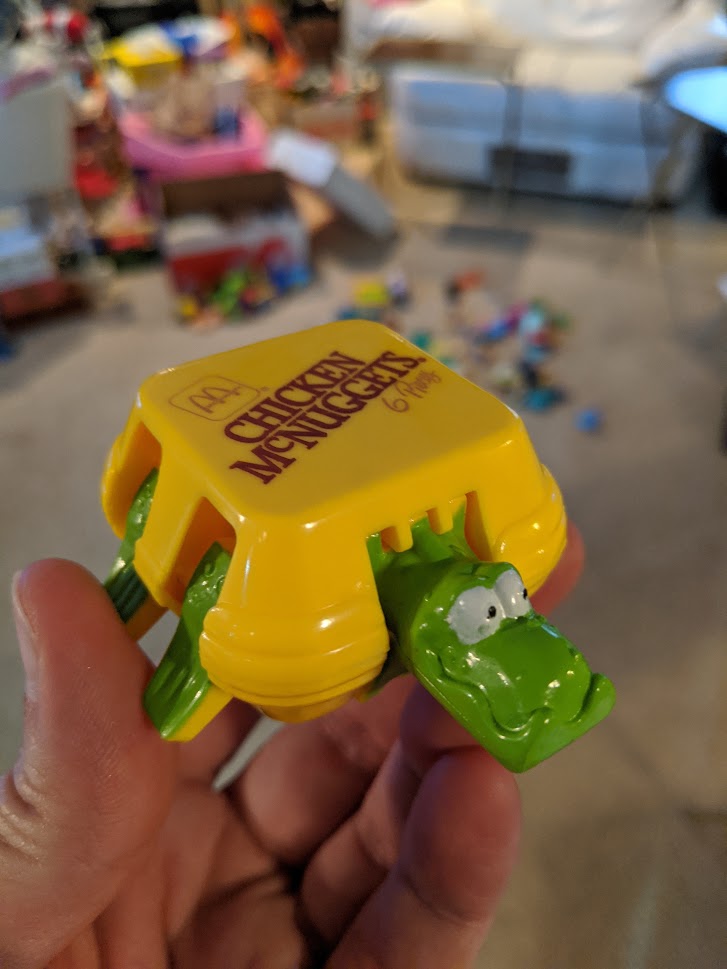 We beat everyone else there, but Bác Vân and Doug weren’t far behind. Julie brought way more food than I realized, because I guess she hasn’t been satisfied with our traditional offerings. While we were waiting on everyone to get there, the kids and I dumped out a bunch of old boxes of toys that Dad had been gathering with the hopes of a purge. It was a blast from the past for sure, and I even found some McDonald’s toys that I had just been thinking about last week.

The food was great, and we all stuffed ourselves before continuing to dig through all the old toys and stuff. We laid around the living room and generally had one of the most peaceful Thanksgivings we’ve ever experienced, even after Julie tried convincing Bác Vân to grow marijuana in her back yard. The girls decorated some cupcakes, then spent a little time trying to learn the piano up until the time we left.

When we got back to their house, I tinkered with Destiny 2 on Stadia for a bit more while the girls went quietly to their rooms. Summer was pretty pooped and went to bed early, but I wasn’t terribly far behind.

Toys were better before all the movie franchises took over.