We had a little bit of a meeting this morning, and by that I mean that everyone showed up at the shop on time. We did a whole lot of sitting and chatting, and I was assigned to help Amanda relocate a television from her office back to the shop, which we opted to do in the afternoon. I actually spent all morning at the shop just sort of killing time until lunch, though I did work on some more Adobe deployments while I waited. It sort of became a running gag that people would ask me what was for lunch, I’d reply “Popeye’s,” which everyone would agree to, and then they’d ask me again a couple minutes later. Jason and Allen ended up splitting off to go to Old South, while Ben, Zach, Gary, and I went to Popeye’s to try their elusive chicken sandwich.

That chicken sandwich was delicious. I still felt like it was a bit small, especially compared to Gary’s, whose chicken looked plump and delicious. I really enjoyed the extra spike in the spicy mayo or whatever sauce they had on it. It would have been even better with a slice of tomato and maybe some lettuce. I still haven’t had one from Zaxby’s yet, but as far as chicken sandwiches go, I think this one was my favorite from any fast food joint. 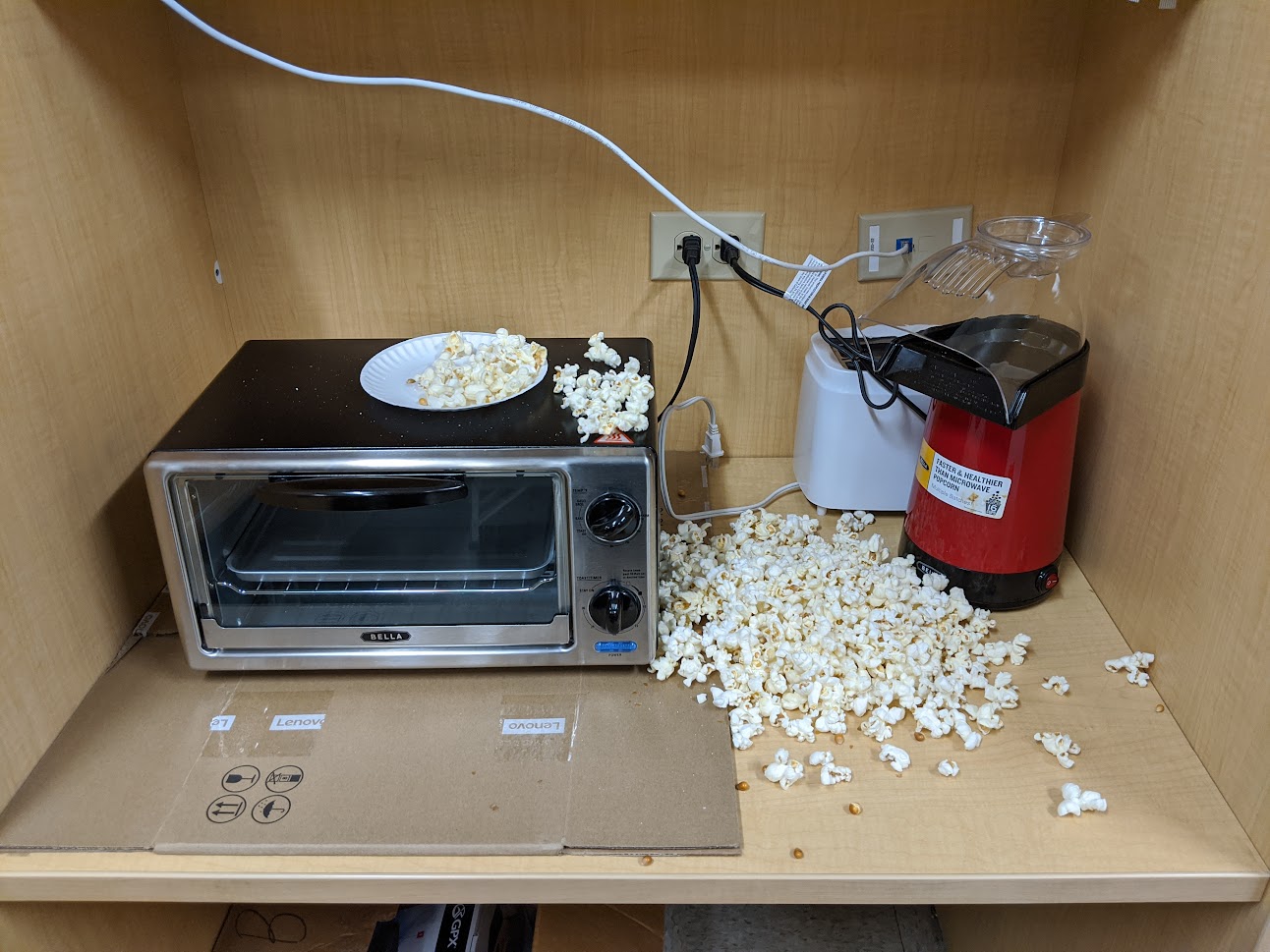 After lunch I milled around the shop again for a while before running home to move a bunch of packages inside. My hot air popcorn maker finally came in, so I took it to my office along with a big container of kernels. I didn’t completely think that through though, as I tried popping a very small portion of kernels that kept jumping out of the popper. When I finally added the proper amount of kernels, they just blew out all over my little breakfast nook.

After work, I went home to pick through all my day’s shipments. My Zenni Optical glasses finally came in, and I spent a good deal of time trying to adjust some frames for a better fit. It took me a lot of tweaking, but I think I’m finally pretty happy with my first pair. It’s only been a little over a week, but I’ve already forgotten all the different features I ordered, so it’ll be fun to compare everything in the end.

When Summer got home, I headed up and ate some leftovers while she told me all about how she didn’t like my new glasses as much, but the accents were alright, and overall they looked okay. I’m just glad we’re finally past having to compliment dinner for being better than it really was. Eaddie snuggled up next to me on the couch and we watched some YouTube until everyone was ready to pass out. Summer didn’t even make it of the couch.