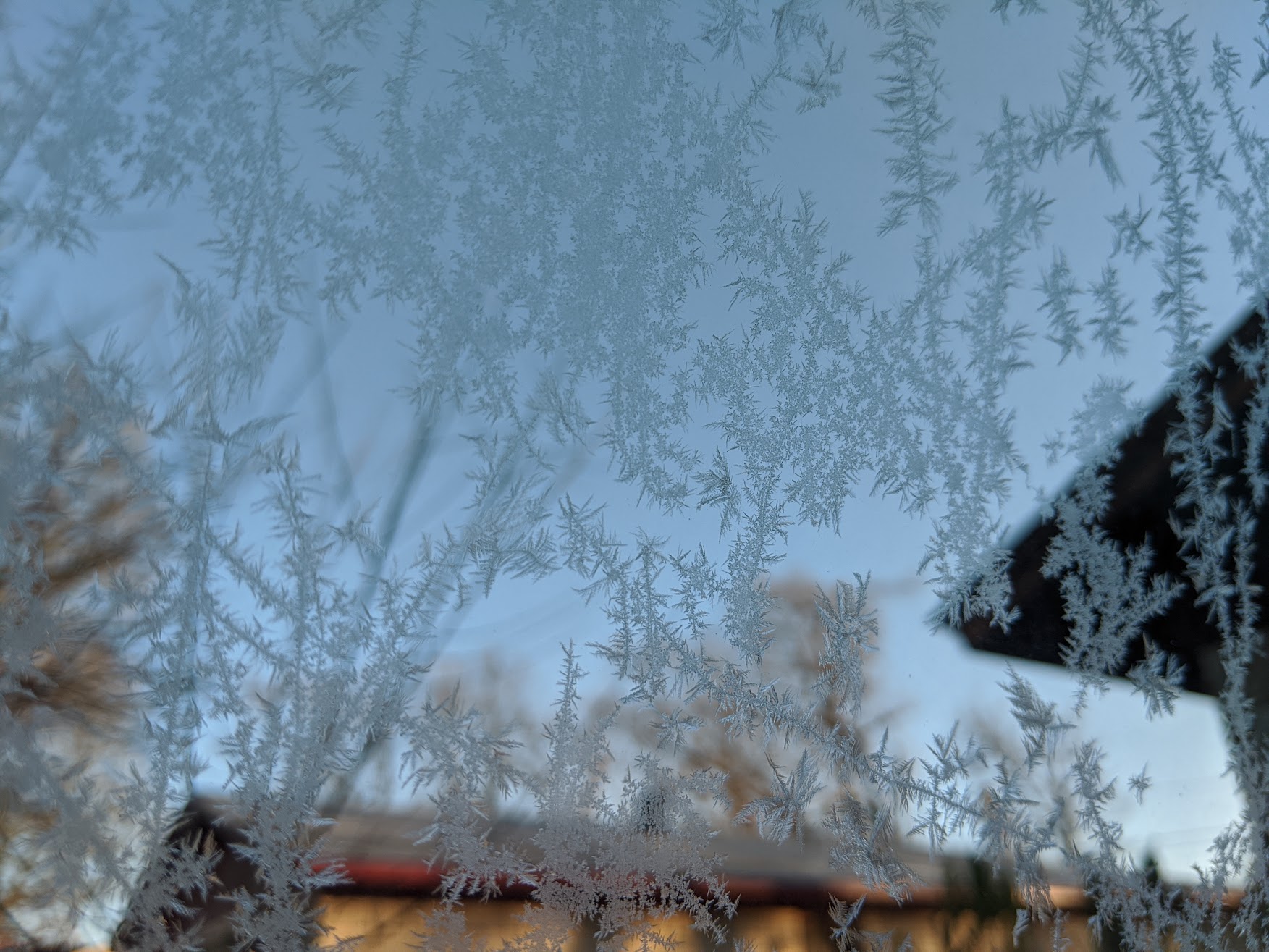 I froze all day long, with my office blowing nothing but cold air at me. I spent almost the entire day sifting through verbose log files to try and fix the same Chrome issue that I’m sure ultimately doesn’t matter because it’s an old computer on an old 32-bit version of Windows 7, but I wanted to try anyway. An hour or so in, I was surprised with a lockdown drill, so for the first time I actually had to participate. Just as I got up to lock the door, a girl peeked in my window and needed a place to hide, so I let her in and we sat in the dark together for the next 15 minutes until they gave the all-clear.

I finally took a break to grab my new Fossil Gen 5 Carlyle that was delivered, and headed to the shop for lunch. Allen and Gary wanted Kob Jai, and against what every experience I’ve ever had there, I decided to give it another shot. They got grilled chicken, which was really just two boneless, skinless chicken breasts charred until black on the outside and served with a container of sticky rice and an egg roll or two. It was simply the most underwhelming looking plate I could imagine anyone serving, but the chicken looked good for those that like it cooked just a step above jerky. I had the pad thai again, this time with “all the stars,” and the noodles were super tough and chewy. There was very little chicken, especially compared to what appeared to be four breasts sitting across the table from me. It tasted alright I guess, but overall I should really commit to never going there again.

When we got back to the shop, I spent quite a while setting up my new watch with Gary. The first big update caused the watch to run super poorly while also absolutely nuking the battery. I got it up to 100% while setting it up, and then after failing the first update attempt, it dropped down below 60% within just a few minutes. A restart and re-download of the same update later, it did finally succeed and ran smooth as butter.

I wrapped up the day working on the same stuff I’d wasted all morning on, and headed home in the freezing cold. I got some gas, then ran the dollar menu gauntlet for some Wendy’s nuggets and McDonald’s fries because I was super hungry after only eating half of my lunch plate. I finished them along with my leftovers for lunch, then bundled up the best I could for a cold night at home. Jack came on and we played a little Overwatch before bed.