Autumn got up this morning and immediately abandoned ship to stay with her grandparents. I got out of bed and munched on some leftover breakfast and watched some YouTube while Summer dropped her off and hit the gym. When she got back, Eaddie wanted to go shopping, so I went home to clean up and met them at Shoe Carnival. They had already been to a couple other stores, and this was their last stop. I picked up a couple new pairs of shoes for myself, and then I let Eaddie pick Zaxby’s for dinner. 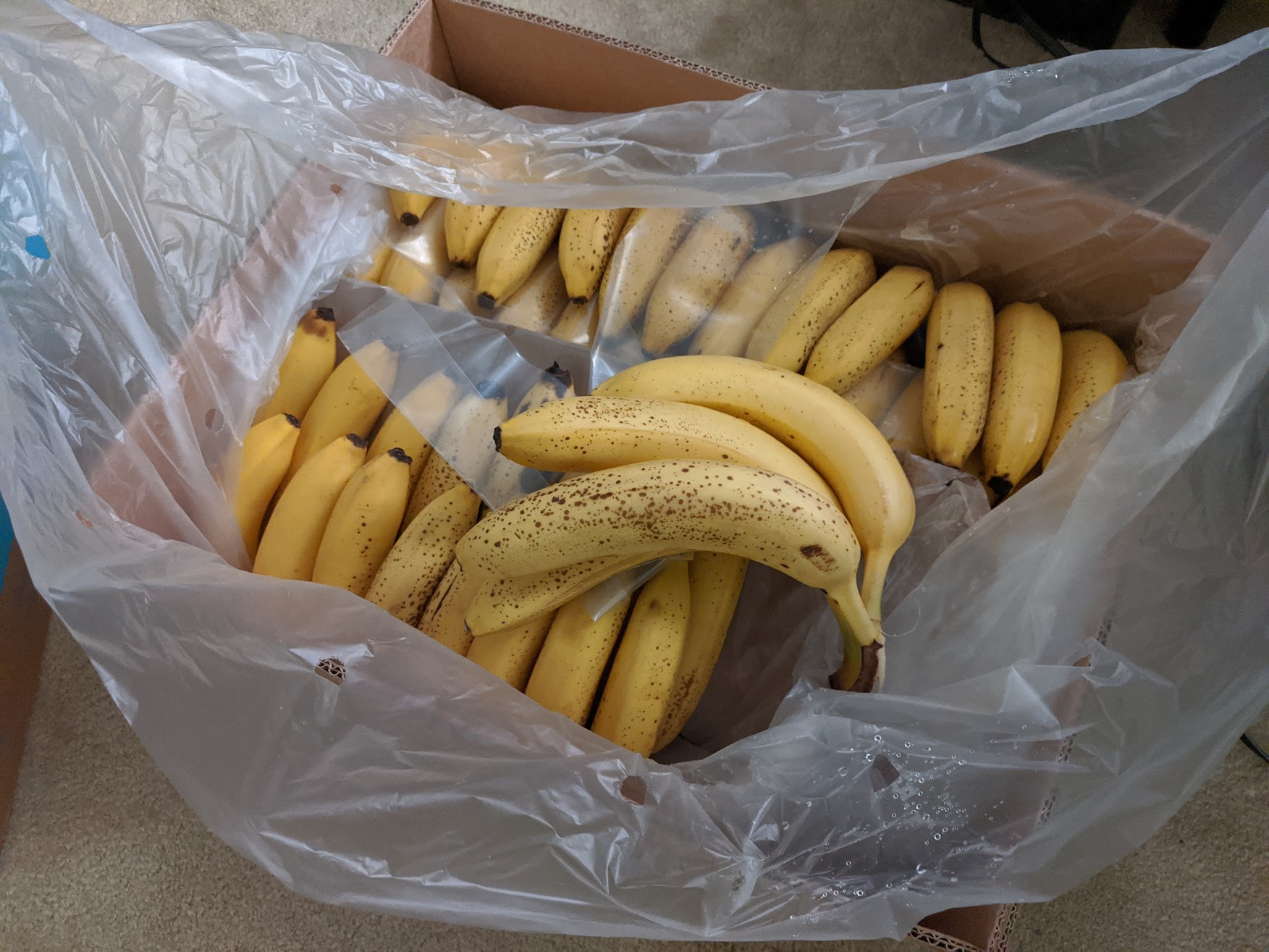 We decided to stay at my house and start on The Mandalorian, so we picked up some things for them and headed home for the night. Just as we started the show, Allen called and asked if I wanted some bananas. He had just left church, and they were giving them away. I remembered seeing Walmart’s barren banana shelf a couple days prior, so I guess now I know where they all went. He and Charlotte stopped by and gave me an entire case of them. It was literally and figuratively bananas. They visited for just a minute before leaving, and we continued with the first two episodes.

I found myself completely unable to suspend my belief, even for this beloved sci-fi fantasy franchise. We were introduced to a character, told immediately and without any ambiguity that he was a badass, and then followed him on a journey of hijinks and near-comical level of close calls. Then he proceeded to wander across the planet on foot, followed by a floating crib, where he was previously told it would be inaccessible without taming and riding, like a Disney princess, on the 3D render of a kindergartner’s drawing of a T. rex. We knew he wasn’t the only one after this extremely high-level target, yet it floated around behind him completely open to any wandering eyes, as though he was inviting additional antics from any would-be antagonists. The music initially gave me a nice space-western vibe, but then filled in with too much horn. My favorite part of the whole series was the episode-specific art slideshow that played behind the credits. Of course I’ll watch the rest of the series, but like The Last Jedi, I was left utterly disappointed and found myself caring less about the franchise.

Summer had to work again the next day, so they called it a night. I stayed up a bit longer, surfing the dark underbelly of the internet and following a rabbit hole of the boat shoe cult and their traditional leather shoelace knots.