I decided to work today instead of taking even just the morning off. I went to the shop first, where we didn’t really seem to have a meeting planned. The pizza I ordered Sunday night would be ready at 9, so I worked on some stuff there until it was ready, then picked it up on the way to the high school. It wasn’t fully decked out, but I think the only thing I really wished I had added but didn’t were jalapeños. I showed Summer a picture and she decided to try a couple slices, so I dropped some off really quickly along the way.

My morning went by pretty quickly again, though I managed to stay decently busy. Lunchtime approached quickly again after such a late breakfast, and I was to meet up with Amanda. She said to invite anyone else along, so I texted Allen and picked him up before getting her on the way to Zaxby’s for BOGO chicken. As we left, Allen said the others were meeting Dale at Taco John’s, but they hadn’t said a word to me about it. It’s not the first time they’ve had lunch with him without mentioning it to me, so I felt less bad about missing out. 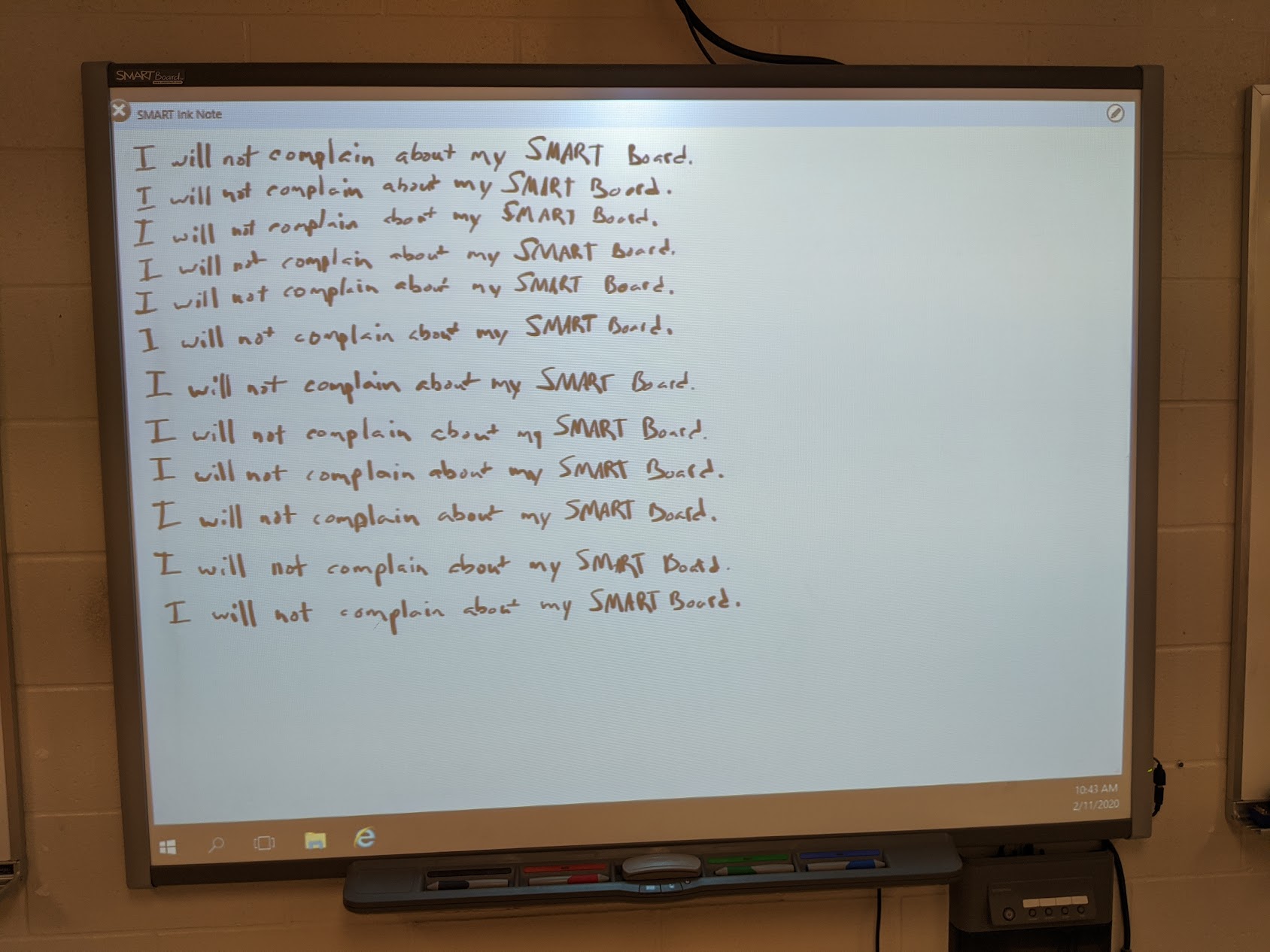 The afternoon went by pretty quickly too, and I jammed out with no teachers down my hallway. I ended the day setting up another computer at the old fieldhouse, then made a lap to burn the last couple minutes before quitting time. I spent a little time cleaning up and started a load of laundry before Summer decided she wasn’t hungry enough for dinner, so I let her handle the girls while I went to my parents’ house for dinner.

My parents had already eaten, so I warmed up some spaghetti and ate, then talked to then about work and finances for a little while. It’s probably past time that I research high interest offers for both savings and checking accounts. I figure I’m missing out on another hundred bucks or so in interest income, and that’s just too easy not to collect. I started to look at some different banks when I got home, but then Aaron got on to play some Overwatch with me until bedtime.

It’s the most beautiful thing I’ve ever seen…