We got up a little early this morning so we could have a day up on Petit Jean. Summer took Autumn to get things to make sandwiches while I went home to clean up. Then the girls and my dad met at my house so we could drive up the mountain. We went up the back way and stopped at the bear cave trail first, where we had lunch in the back of the car. It was cool, but great weather to be out in the wilderness. We climbed up on some of the rocks where we found some chiseled out steps, and I collected a few mosses, and Dad took a bunch of pictures of nature. Autumn didn’t originally want to go at all, but once we were there she insisted that her knee was fine to continue trailblazing and climbing up rock faces. 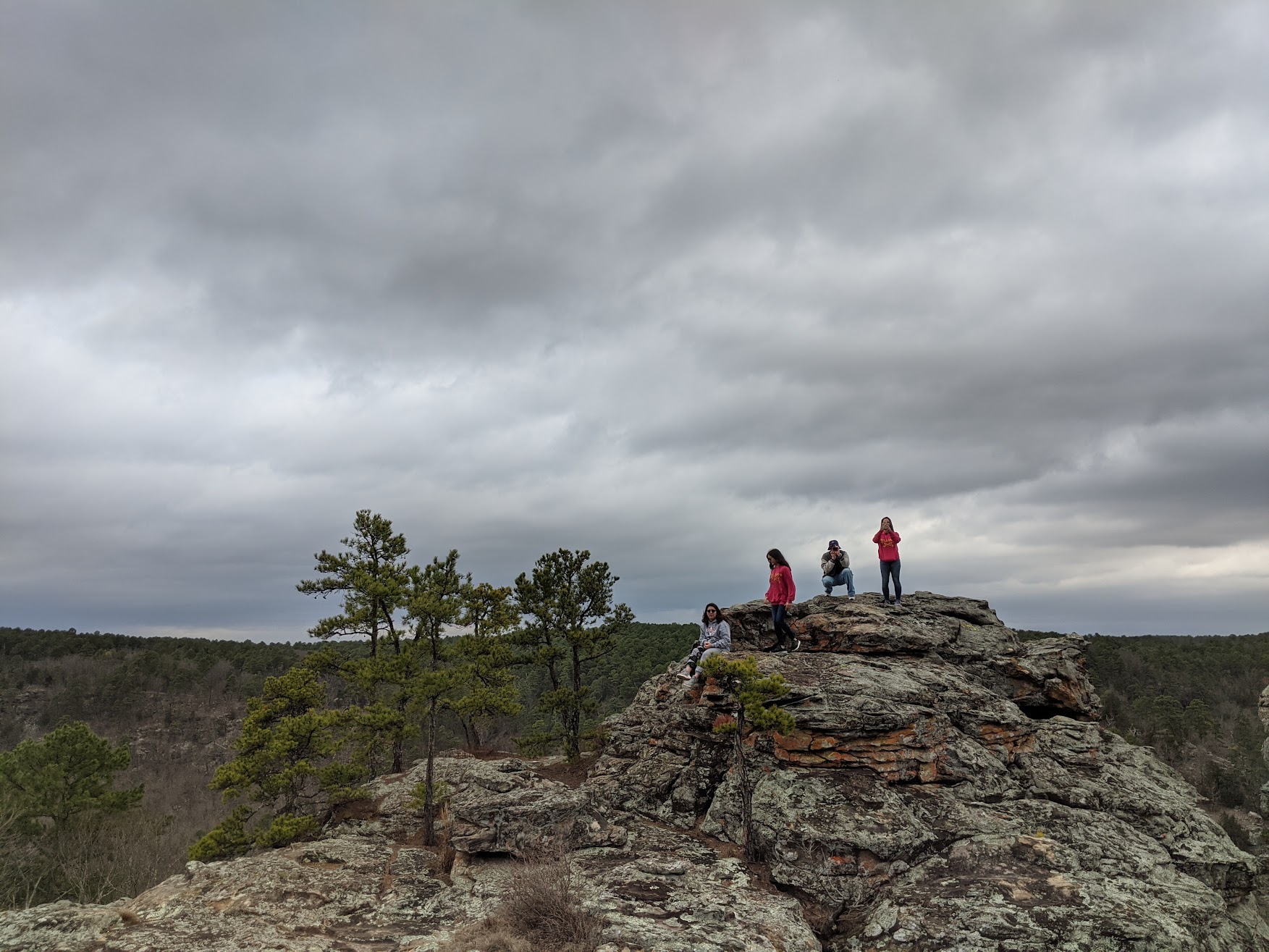 The next stop was Mather Lodge to clean up a bit, and then we continued to the Cedar Falls overlook. As the day progressed, it seemed to get windier and cooler, but the rain never showed up. Summer wanted to go to a new coffee shop on the mountain, so we had some drinks while the girls played Scrabble. Then it was off to the Petit Jean gravesite. That’s where it was the coldest with the most wind. I don’t think Eaddie really put anything together in her head for the homework she had on the subject, but it was still a nice day to get out of doors. It was personally very aggravating to feel how I’ve aged since I last spent any significant amount of time hiking, and I think Dad felt the same way. I guess the best thing any of us can do is keep at it to maintain dexterity. We took the interstate back home, which felt quite a bit longer, and definitely more boring. Dad and Summer each went home while the girls stayed with me to watch TV while I started some laundry. Once that was done, Summer came back and we met my parents at Bocadillo for a birthday dinner and ice cream. Mom didn’t seem too happy that it wasn’t the same type of Mexican place they usually visit, but I thought it was good. Afterward we got some dessert and I split a strawberry and cream funnel cake with Summer and Eaddie that was just divine.

With this year’s birthday plans out of the way, I took the girls back to their car and went to Amanda’s to check on her cats one last time. Then it was back home to finish up some laundry before bed.

I’ve really taken a lichen to you.