I got up a little early this morning so we could head up to Bentonville for Brandon’s semi-surprise birthday shindig. Brandie messaged me early to let me know she was bailing on us, so after dressing up and washing the car, I picked up Josue and we headed out of town. We stopped in Ozark at Rivertowne BBQ for lunch, and though the food tasted pretty good, it seemed to lack in presentation a bit. At least the portions were huge, and I boxed up about half of mine.

We still had a bit of time, so we continued up to Fayetteville and stopped at Kohl’s so I could burn my $45 in bonus cash. I assume the slight difference in climate drove up the demand for winter wear, because they had a ton of coats on clearance. I picked up another hoodie and a coat after I couldn’t find anything else compelling. I wish I could have fit into one of the leather jackets better, but they were super tight around the shoulders. Both Josue and the cashier acted stunned when I checked out under five bucks for the two articles, but their rewards program doesn’t have me fooled. Luckily by spending so little this time, I think I’m out of the cycle of repeat visits to spend rewards.

At last, we made the last of the trip to the Urban Forest Axe House and met up with Diana, Brandon and his brother Ryan, and a couple of his other friends. Our coach was quirky and a little awkward at times, but it was a good time. Diana brought snacks, though Josue and I were still pretty full from our big lunch. My second throw was a bulls-eye, but when it came down to Diana and myself for the finals, she won with a killshot that I had never been able to nail, and eventually ignored in favor of the larger and lower bulls-eye. 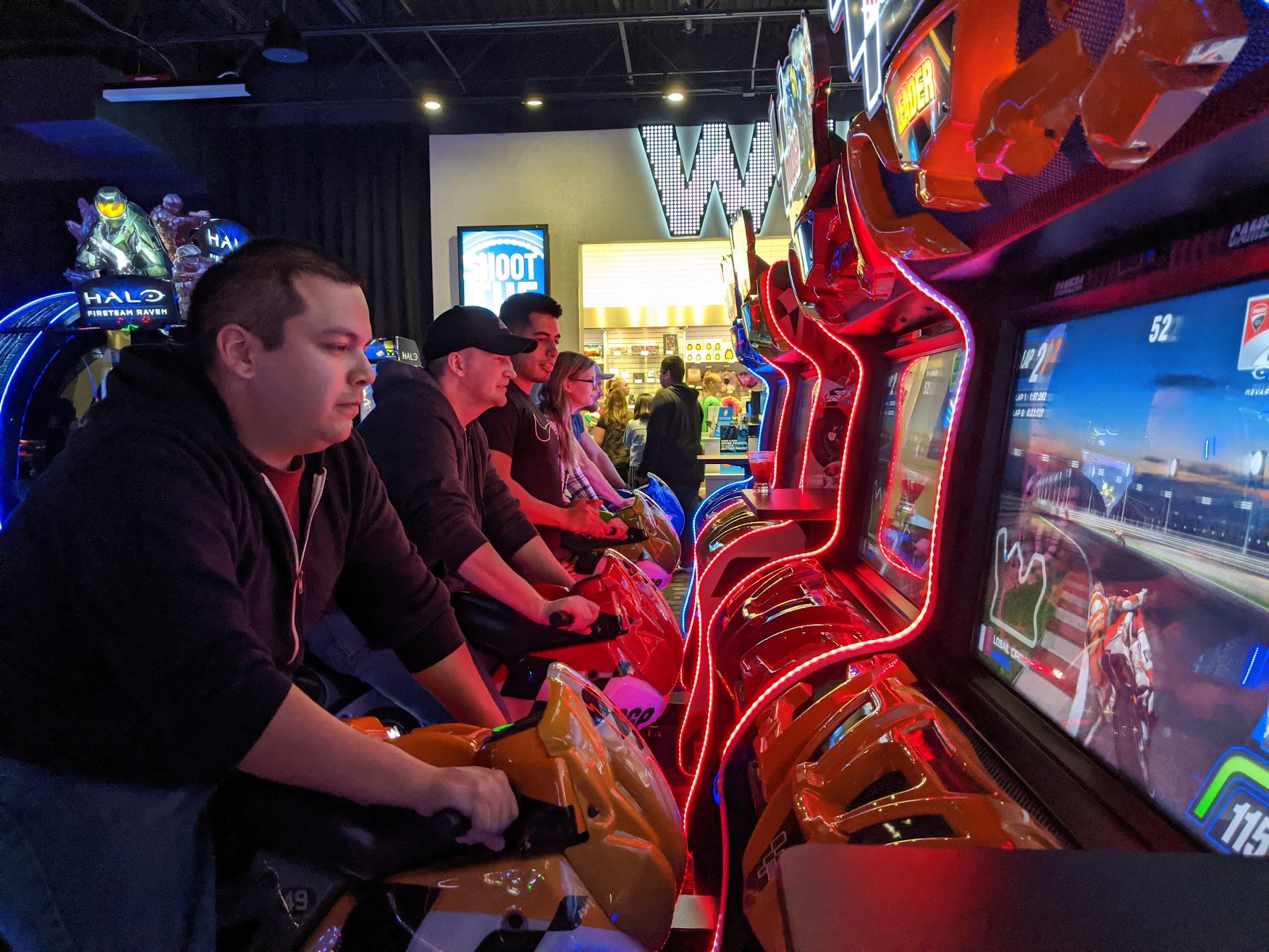 Once our time was up there, Brandon decided we should go by Dave & Buster’s for some drinks and gaming. We all sat at the bar, and I chugged soda waters as we visited. Brandon talked to me a little about his job, which was the first we had really talked much about anything since we were all kind of busy throwing axes. Eventually we got up to play some games, though I didn’t spend very much. My birthday promo had expired, and the place was kind of busy anyway, so we just mingled for a little while and then left.

Ryan suggested we go to Bariola’s for cheap appetizers and free ice cream, so we made the quick hop down the road and visited some more. It seemed like a pretty good pizza joint, but the cheap appetizers were perfect for sharing and just hanging out. In the end, I asserted my dominance by creating a huge ice cream cone, and eventually it was back to the road to head home.

I really hate that drive… And after all that, I never even got out of the state!