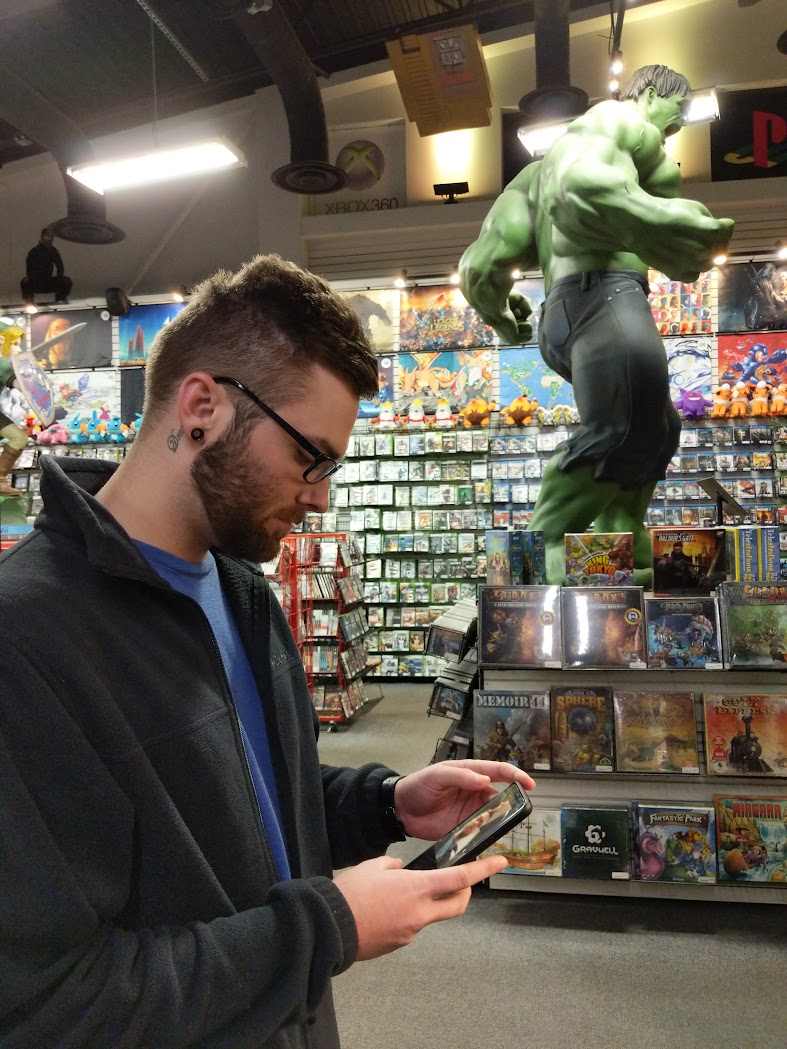 I didn’t get nearly enough sleep last night, which worsened how the workday dragged on. We spent all morning cleaning up the shop. It seemed like lunchtime came so late, even when we left early to eat. I ordered the ghost pepper wings from Popeye’s, and they tasted like the tiniest, regularest wings I’ve ever had. The blackened ranch had more spice than the wings. They were also short by two wings, which they offered to replace with two strips rather than make me wait an additional eight minutes to cook two more wings while the first ones got cold.

We got to leave an hour and a half early, so I came home to rest for a while before heading to Conway. Summer and Autumn came by for a little while until Josh showed up, then he and I headed to Chipotle, Game Point, and finally to see Jumanji. I got to see the whole thing this time without being stuck in the lobby waiting for refills. It definitely rounded out my impression of the movie. Now I’ve just got one more weekend before school’s back to normal.

The fact that I’m not Instagramming this right now is insane!