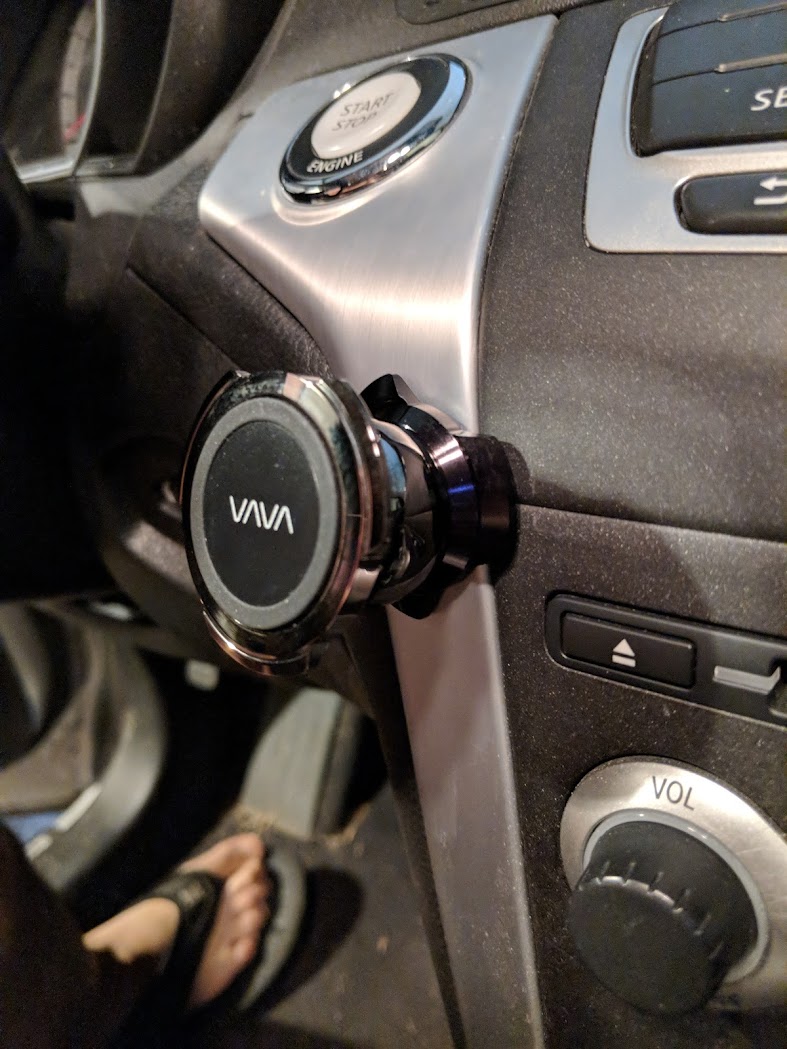 I caught up on some sleep today. I didn’t wake up until just after noon. Not long after I got up, my phone mount arrived, so I went and installed it in my car. I think it looks pretty slick. I wish my phone was natively magnetic so I didn’t have to have a metal plate stuck to the back of it, but even that doesn’t look too bad. We’ll see how well it holds up in the summer heat, but so far I’m really happy with it.

Nobody was around to do anything, so I burned most of the day. Clint got on in the late afternoon and we played a couple rounds of PUBG, but that’s all we did before I left for Summer’s. She baked some breaded pork chops, grilled some corn, and boiled some mashed potatoes. I was impressed until I looked up a list of cooking techniques, and now I feel like she could have tried a little harder.

We watched Toy Story 3 thinking it was the newest one, but I forgot how many there were. I think the fourth one is the one that made everyone bawl their eyes out.

I want Waffle House so bad I can’t see straight.